(Reuters) -Royal Caribbean Group on Thursday forecast strong bookings for 2023 as it benefits from increased demand for cruising due to the relaxation of on-board COVID-19 protocols, even as fuel costs rake up.

The cruise operator’s shares, which reversed course to trade up about 4%, said it would reach historical occupancy levels by late spring of 2023.

“We received twice as many bookings for 2023 sailings in third quarter, as we did in second quarter, resulting in considerably higher booking volumes than during the same period for 2019 sales,” Chief Executive Officer Jason Liberty said on a post-earnings call.

Cruise operators, including Royal Caribbean, have relaxed COVID-19 protocols on board after a pandemic-related pause, resulting in an increase in bookings from well-to-do customers, who are feeling a smaller pinch from the effects of decades-high inflation.

“We saw especially after the easing of protocols, a lot of demand, even from Europe to our vacations there,” Chief Financial Officer Naftali Holtz told Reuters in an interview, adding that “of all the markets the U.S. consumer is very strong.”

However, Royal Caribbean said it was reeling from the impact of higher fuel prices and a stronger U.S. dollar. As a result, it forecast a fourth-quarter loss of $1.30 to $1.50 per share, compared with estimates for a loss of 67 cents, according to IBES data from Refinitiv.

For the third quarter ended Sept. 30, the company’s revenue soared to nearly $3 billion, edging past expectations of $2.97 billion.

On an adjusted basis, the company earned 26 cents per share, compared to analysts’ expectations of 19 cents. 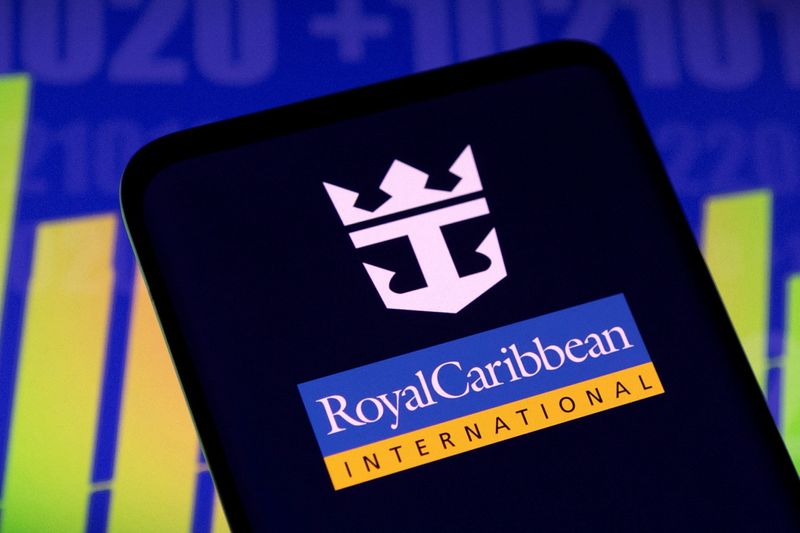