MOSCOW (Reuters) – Russia’s service sector contracted sharply in October, dragged down by weak domestic and foreign demand, as well as slumping workforce numbers, which fell at the fastest pace in over two years, a business survey showed on Wednesday.

The S&P Global Purchasing Managers’ Index (PMI) for Russian services fell to 43.7 in October, tumbling back below the 50 mark, which divides contraction from expansion, after climbing in September to 51.1.

“The latest data signalled a sharp decline in business activity, and one that was the fastest since March,” S&P Global said in a statement, also pointing to weak client demand, a reduced customer base following sanctions and a drop in clients’ purchasing power.

President Vladimir Putin’s partial mobilisation order on Sept. 21 has seen hundreds of thousands of men join the army or flee Russia in the last month, with some business sectors already feeling the strain.

The central bank last week warned there may be structural changes in the labour market as a result, with a shortage of personnel in certain areas.

“The decrease in workforce numbers gathered pace and was the fastest since May 2020,” S&P Global said. “Lower staffing levels were attributed to weak client demand, the non-replacement of voluntary leavers and layoffs.”

Business confidence also suffered, falling to its lowest since March as optimism evaporated, with the related subindex sliding to 47.1 in October from 64.6 in September.

A sister survey earlier this week showed that a fragile recovery in Russia’s manufacturing sector slowed in October as sanctions and labour shortages weighed on the country’s producers. 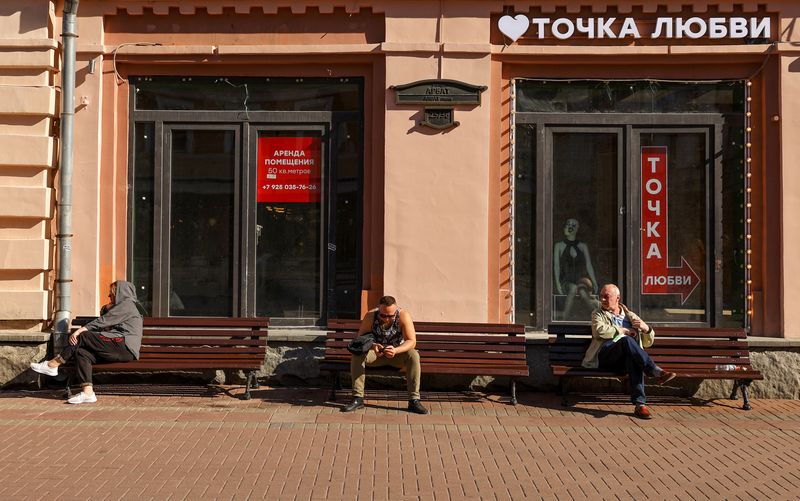