The annual festivities in the popular nightlife area of Itaewon turned deadly on Saturday night after tens of thousands of young revellers crowded into narrow streets and alleyways. It was the first Halloween event in three years virtually free of COVID-19 restrictions.

Starting on Friday, police will be deployed to subway stations in the capital to join metro officials in crowd control activities, the prime minister said.

National Police Commissioner General Yoon Hee-keun on Tuesday acknowledged crowd control at the site of the disaster was “inadequate,” noting police had received multiple reports warning of possible accidents on the night of the surge.

Proper crowd and traffic control by the authorities could have prevented or at least reduced the surge of Halloween partygoers in alleys, experts said.

With a week of national mourning set to end on Saturday, a civic group which has been holding weekly rallies against the Yoon Suk-yeol administration will stage a candlelight vigil on Saturday evening to mourn the victims, the organizer said.

The disaster killed 156 and injured 187, leaving 33 in serious condition. At least 26 citizens from 14 countries were among the dead. 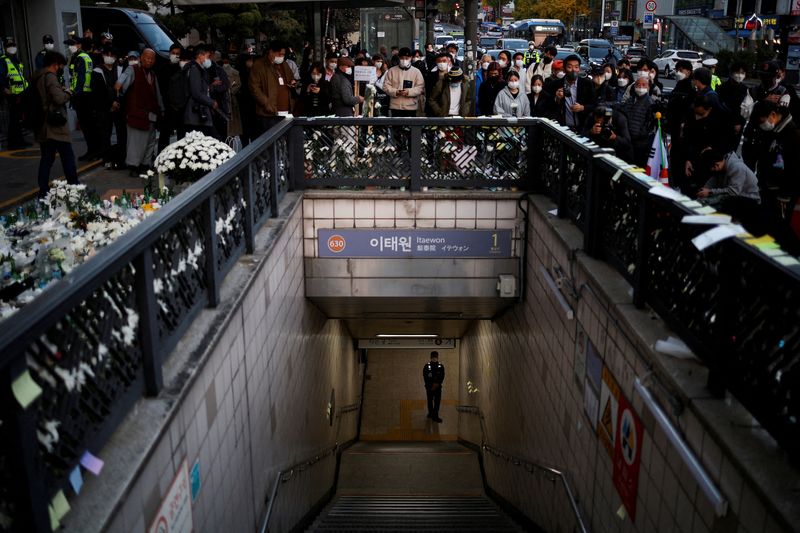 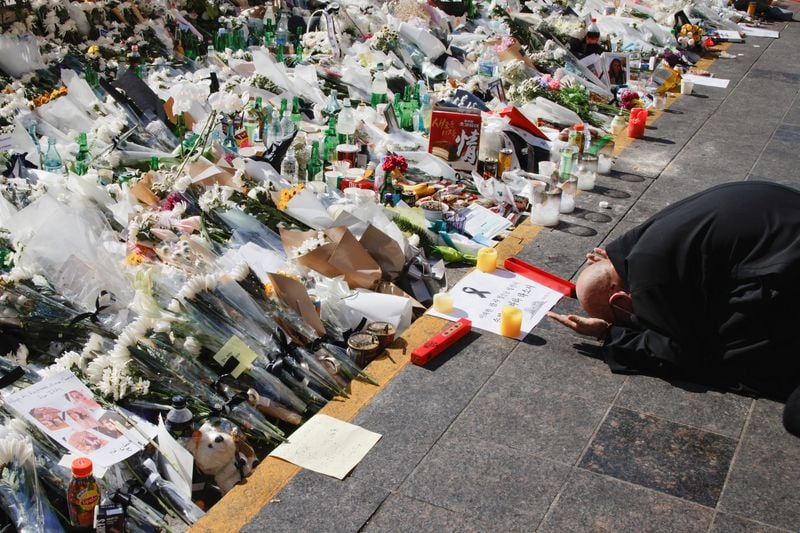 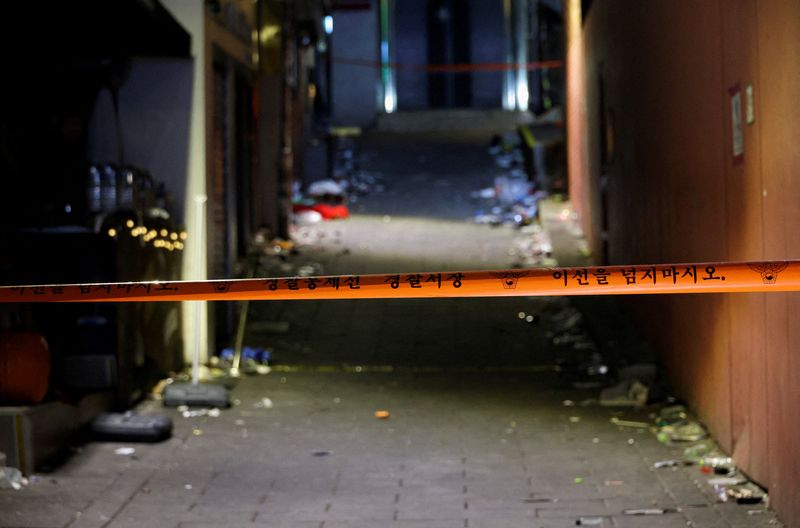 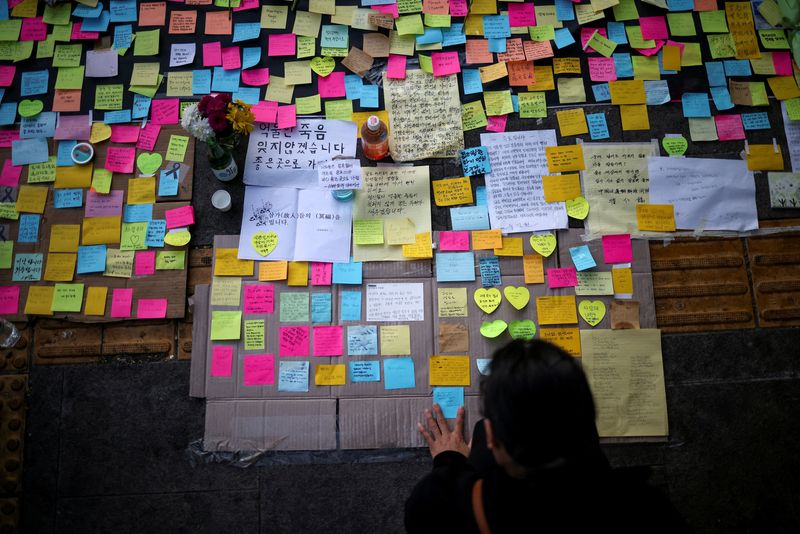