(Reuters) – A top Republican senator wrote to the Federal Reserve on Thursday and cautioned the institution not to take a page from the Bank of England playbook if the U.S. Treasury market starts to wobble.

In a letter addressed to central bank leader Jerome Powell, Senator Pat Toomey, the senior Republican on the Senate Banking Committee said he believes the Fed should refrain from buying government bonds if Treasury market liquidity becomes an issue.

If the Fed did decide market conditions called for a return to the sort of bond buying that would grow the central bank’s balance sheet, “such action would undermine the Fed’s principal objective of fighting inflation, which continues to pose significant challenges for the U.S. economy,” Toomey wrote. A return to such purchases “would repeat some of the mistakes of quantitative easing, such as obscuring the true cost and consequences of our mounting national debt.”

Toomey acknowledged in his letter mounting signs that trading conditions for U.S. Treasury debt, which serve as the backbone of borrowing for credit markets across the globe, have gotten worse. But he believes regulatory fixes for the market are the better way to remedy the situation.

“Structural drivers of market illiquidity — i.e., the significant increase in government debt since 2008 and the limited capacity of dealers to intermediate due to post-crisis capital regulations, among other things — require structural

He said he would like authorities to tweak the so-called Supplementary Leverage Ratio to give banks more flexibility in how they manage liquidity, something already under consideration by regulators. Toomey said the Fed should further explore creating a system that lets everyone who wants to directly trade Treasury securities.

A Fed spokesperson acknowledged the Fed received the letter and said any response would be directed to Toomey.

Toomey’s letter arrived as the Fed has been pressing forward with an effort to shrink the size of its balance sheet, which swelled massively over the last couple of years due to Fed bond buying stimulus. The Fed is trying to reduce its balance sheet, now at $8.8 trillion, by just under $100 billion per month as it raises short-term rates to lower very high levels of inflation.

Fed rate increases have been so aggressive many worry they may break markets. In England, market woes forced that nation’s central bank to temporarily restart bond buying again to support the financial sector, even as that action worked at a cross purpose to its rate rises.

There is no sense yet that the Fed has any plans to change any aspect of its balance sheet reduction plan, nor do officials see any sort of stress that would cause them to change their monetary policy plans. 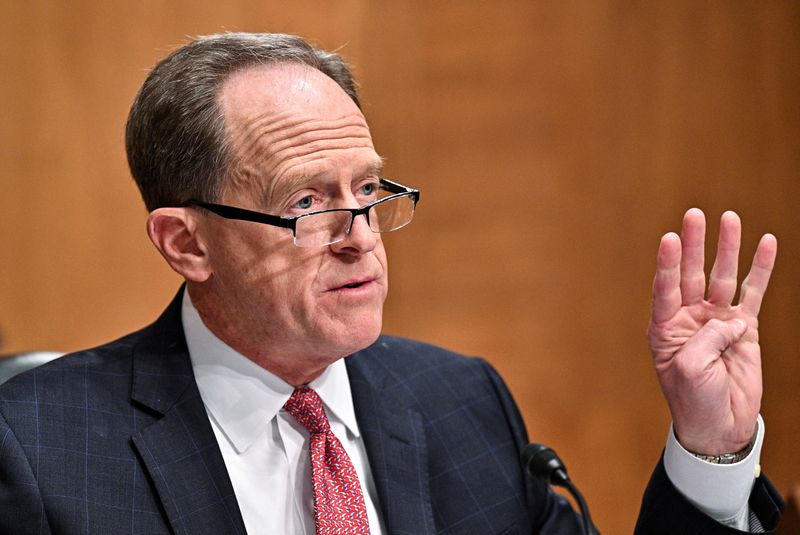