NEW YORK (Reuters) – Investors rushed to guard against further declines in U.S. stocks on Thursday, a day after the Federal Reserve dashed hopes for a downshift in the central bank’s inflation-fighting rate hikes.

Trading in S&P 500 put options, typically used as a play in defensive positions, outnumbered calls, usually employed for upside wagers, 1.5-to-1 on Thursday afternoon, the most defensive the measure has been since mid-October, according to Trade Alert data.

The rush for protection comes after Fed Chair Jerome Powell signaled that while interest rates may rise by smaller increments in the months ahead, the central bank will likely take its policy rate higher than previously expected to fight surging consumer prices.

The hawkish message was a disappointment to investors following a rally that saw the S&P 500 gain around 8% since mid-October through Tuesday on hopes that the Fed was close to a shift in the aggressive monetary policy that has bruised stocks this year. The index is down about 3% since Tuesday’s close and is down around 22% so far in 2022.

“This caught a lot of people by surprise,” said Steve Sosnick, chief strategist at Interactive Brokers. “I am definitely seeing a bit more risk aversion to the downside.”

The more defensive tone of trading is in contrast with some bullish activity in the options market prior to the Fed meeting as investors worried about missing out on a rally.

On Thursday afternoon, with the S&P 500 index-tracking SPDR S&P 500 ETF Trust’s shares down 0.6% to $372.56, the most heavily traded SPY contracts were those that would guard against the ETF’s shares slipping below $370 by Friday.

SPY puts expiring at the end of next week, struck at the $350 mark, just above the ETF’s mid-October intra-day low of $348.11, were the fourth most actively traded SPY options on Thursday.

At the single stock level, near-term put options on battered megacaps such as Tesla, Amazon.com Inc and Apple Inc were among Thursday’s most heavily traded contracts.

While investors appear anxious about more near-term volatility, expectations for a big market crash remain muted. For instance, Nations TailDex, which measures the cost of hedging against a 3-standard deviation move in the SPY ETF, was on pace to close the session at a multi-year low, down sharply over the last six months.

Still, history suggests investors may have good reason to be wary.

“Recent ‘Fed meeting volatility’ has not necessarily been confined to the Fed day itself,” Christopher Jacobson, a strategist at Susquehanna Financial Group, said in a note.

“Over the six prior Fed meetings year-to-date, the SPY has seen an average move of +/- 2.8% from the close on Wednesday (Fed day) to Friday’s close,” he said.

Though the Fed meeting is now in the rear view mirror, other events with the potential to roil markets lay ahead, including October’s employment report, scheduled for release on Friday. According to a Reuters survey of economists, nonfarm payrolls likely increased by 200,000 in October.

Next week also brings the U.S. mid-term elections on Tuesday, with S&P 500 Index options implying a +/-2.9% move the day after the election, nearly double the index’s daily average move this year, according to Goldman Sachs.

For now, “the potential for divergent returns driven by the election is clearly underappreciated by the options market,” the bank’s analysts wrote. 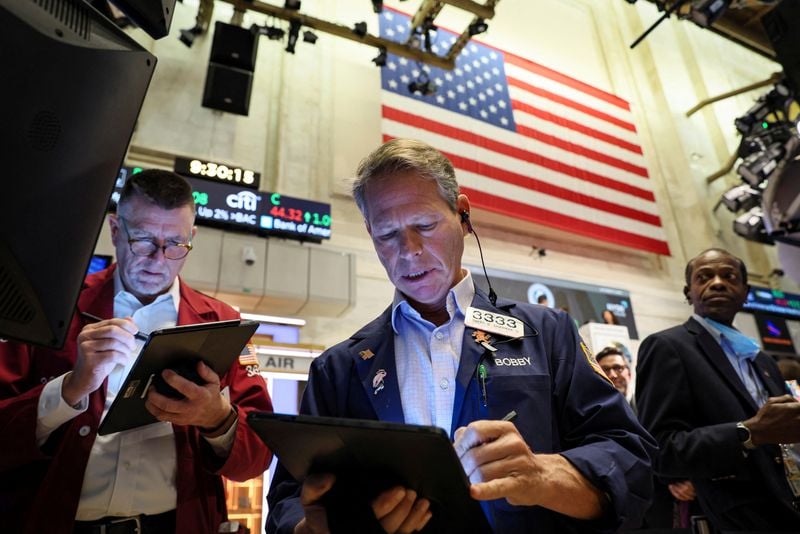