WASHINGTON (Reuters) – A push in the U.S. Congress to make daylight-saving time permanent, which was unanimously passed by the Senate earlier this year, has stalled in the House, with a key lawmaker telling Reuters they have been unable to reach consensus.

In March, the Senate voted to put a stop next year to the twice-annual changing of clocks, which supporters say will lead to brighter afternoons and more economic activity.

U.S. Representative Frank Pallone, who chairs the Energy and Commerce Committee that has jurisdiction over the issue, said in a statement to Reuters the House is still trying to figure out how to move forward.

“We haven’t been able to find consensus in the House on this yet. There are a broad variety of opinions about whether to keep the status quo, to move to a permanent time, and if so, what time that should be,” Pallone, a Democrat, said, adding that opinions break down by region, not by party.

Daylight-saving time has been in place in nearly all of the United States since the 1960s. Year-round daylight-saving time was used during World War Two and adopted again in 1973 in a bid to reduce energy use because of an oil embargo and repealed a year later.

“We don’t want to make a hasty change and then have it reversed several years later after public opinion turns against it — which is exactly what happened in the early 1970s,” Pallone said.

Pallone previously said he backs ending the clock-switching but has not decided whether to support daylight or standard time as the permanent choice.

Supporters also argue that if approved, the so-called Sunshine Protection Act would allow children to play outdoors later, and reduce seasonal depression. It would also prevent a slight uptick in car crashes that typically occurs around time changes — notably crashes with deer.

They also point to studies suggesting a small increase in heart attacks and strokes soon after the time change and argue the measure could help businesses like golf courses draw more customers into the evening.

Critics, including the National Association of Convenience Stores, say it will force many children to walk to school in darkness during the winter, since the measure would delay sunrise by an hour in some places.

On Sunday, Mexico rolled back its clocks one last time after the passage of a law last week to abolish daylight-saving time. Some northern towns will continue to practice the time change come spring, however, likely due to their ties with U.S. cities across the border.

The move, long sought by President Andres Manuel Lopez Obrador, was based on backing by voters as well as negligible energy savings and negative health effects from the time change, officials said.

Since 2015, about 30 states have introduced or passed legislation to end the twice-yearly changing of clocks, with some states proposing to do it only if neighboring states do the same.

The bill would allow Arizona and Hawaii, which do not observe daylight-saving time, to remain on standard time as well as American Samoa, Guam, the Northern Mariana Islands, Puerto Rico and the U.S. Virgin Islands. 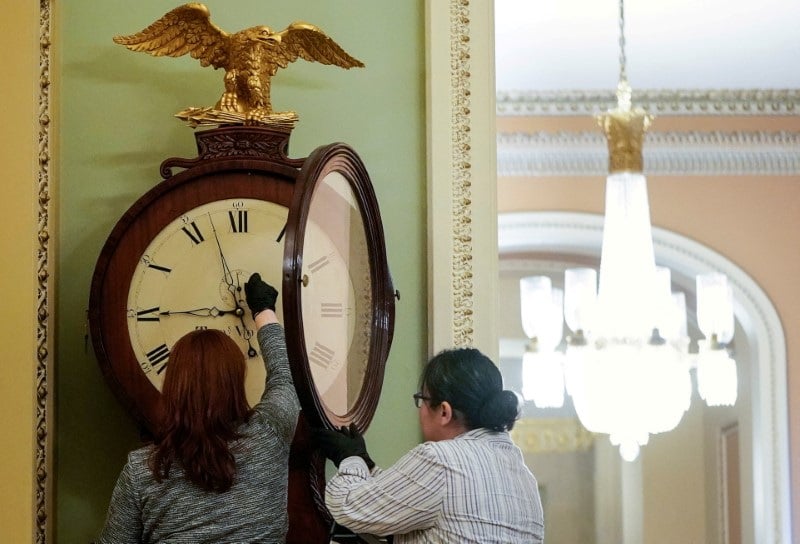