(Reuters) – With just days left before the U.S. midterm elections, Democrats and Republicans are waging court battles that are shaping contests in some districts and helping to set the stage for the 2024 presidential race.

The expansion of mail-in voting during the COVID-19 pandemic, combined with fraud fears stoked by debunked but widespread claims that President Joe Biden’s 2020 election win was rigged, has helped create new flashpoints over election integrity and voter intimidation.

An Arizona judge on Tuesday restricted an activist group from coming within 75 feet of a ballot drop box or harassing voters, in a case filed after people in tactical military gear and allegedly carrying weapons were seen monitoring a Maricopa County drop box.

Rebecca Green, co-director of the Election Law Project at William & Mary Law School, noted that existing laws against voter intimidation were mostly crafted before the use of mail balloting and drop boxes exploded in the pandemic.

“The climate is very charged, and citizens feel that they should be taking matters into their own hands in a way that is concerning,” she said.

The midterm results could profoundly shape the next two years of Democrat Biden’s presidency, including the fate of legislation on family leave, abortion, policing and other Biden priorities. Republican majorities in Congress could press ahead with curbing immigration and spending and allow investigations into the business dealings and personal life of the president’s son Hunter.

Much of the election litigation has been waged in battleground states including Arizona, Georgia and Pennsylvania.

In a win for Republicans, Pennsylvania’s highest court on Tuesday ordered officials not to count mail-in ballots with the wrong date marked on their envelopes, potentially blocking those votes in next week’s election.

Republicans have also notched pre-election wins in cases challenging rules governing poll watchers in North Carolina and Michigan, and in July the conservative Wisconsin Institute for Law & Liberty won a challenge to ban ballot drop boxes in that state.

Many of the current cases are unlikely to be decided before the midterms. Those include lawsuits by civil-rights groups and the Biden administration to end proof of citizenship requirements in Arizona and to overturn a new state law criminalizing efforts to help people in voting lines in Georgia.

Whether or not they impact next Tuesday’s midterm vote, the lawsuits will likely run their course in time for the 2024 presidential election, when Trump is expected to compete again.

“There’s no question that parties want to resolve disputes well ahead of 2024, so they’re challenging these things,” said Derek Muller, a law professor with the University of Iowa, who called the latest court battles “bigger and bolder” than in past elections.

Democrats and Republicans have both fielded armies of lawyers to fight the cases.

A law firm founded by Marc Elias, an election lawyer for the Democratic National Committee and other Democrat-affiliated groups, is working on at least 50 lawsuits related to elections and voting, according to a firm spokesperson.

“We are seeing more litigation in 2022 relating to elections and election administration and the like than we have ever seen before,” Elias said.

Consovoy McCarthy, a 20-lawyer Washington law firm that represented Trump in lawsuits over congressional subpoenas, is playing an especially active role on the Republican side. Jones Day, a major national firm that represented Trump’s campaign in the last two presidential elections, recently signed on to represent the Republican National Committee and others in the Pennsylvania fight over undated ballots.

The lawyers’ real test may come after election day, when close or contested results are likely to spark fresh lawsuits, attorneys said.

Whatever shape those cases take, “you have to be ready,” said Adam Bonin, an election lawyer who has represented Democrats in Pennsylvania.

Opinion polls show Republicans are set to win back control of the House of Representatives and perhaps also the Senate at the midterm elections. 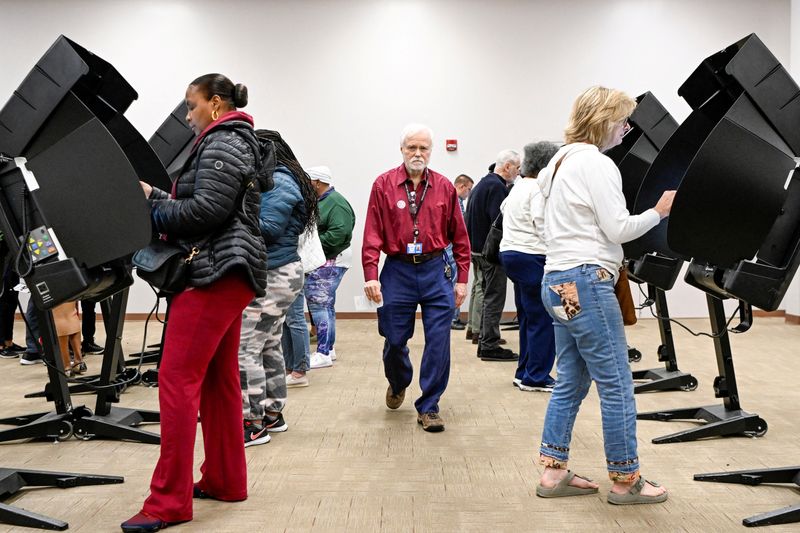