WASHINGTON (Reuters) – New orders for U.S.-manufactured goods increased moderately in September as a surge in bookings for civilian aircraft was partially offset by declines elsewhere, suggesting a loss of momentum in manufacturing amid rapidly rising borrowing costs.

The Commerce Department said on Thursday that factory orders rose 0.3% after gaining 0.2% in August. September’s increase was in line with economists’ expectations. Orders advanced 13.0% on a year-on-year basis in September. Demand for goods is slowing also as spending rotates back to services.

The Federal Reserve on Wednesday raised its policy rate by another three-quarters of a percentage point to a range of 3.75% to 4.00%, but signaled future increases in borrowing costs could be made in smaller steps to account for the “cumulative tightening of monetary policy” it has enacted so far.

It was the fourth straight 75-basis-point rate hike as the Fed fights to bring inflation back to its 2% target.

A survey from the Institute for Supply Management early this week showed its manufacturing PMI fell to its lowest level in nearly 2-1/2 years in October, with new orders remaining subdued. Comments from manufacturers ranged from “customers are canceling some orders,” to orders slowing “substantially.”

Manufacturing accounts for 11.3% of the U.S. economy.

Orders for computers and electronic products fell 0.4%. Orders for electrical equipment, appliances and components dropped 1.2%. Orders for machinery slipped as did those for primary metal products.

The Commerce Department also reported that orders for non-defense capital goods, excluding aircraft, which are seen as a measure of business spending plans on equipment, declined 0.4% in September, instead of 0.7% as reported last month.

Shipments of these so-called core capital goods, which are used to calculate business equipment spending in the gross domestic product report, dropped 0.5% in September as previously reported. 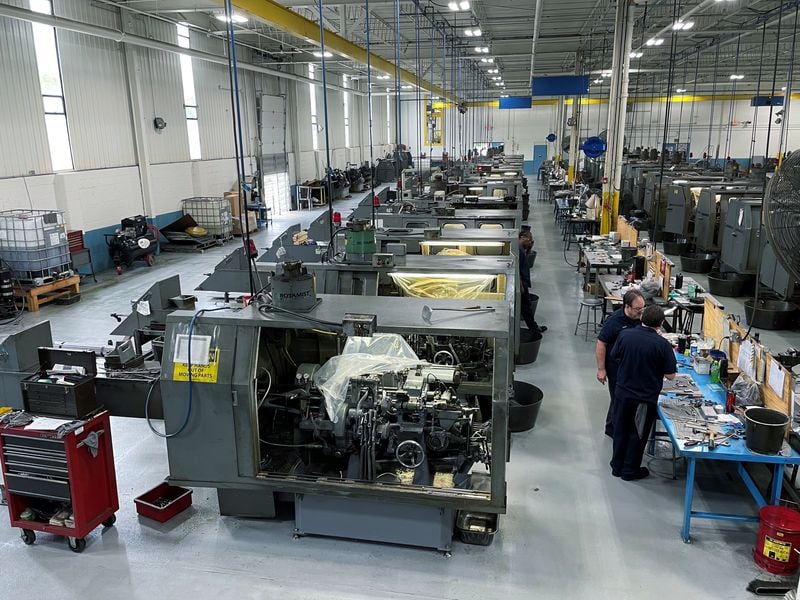