WASHINGTON (Reuters) – U.S. Deputy Treasury Secretary Wally Adeyemo will travel to Paris, London and Brussels next week, where he will discuss sanctions on Moscow and continue coordinating the implementation of a price cap on Russian oil, a U.S. Treasury spokesperson told Reuters.

Adeyemo will meet with counterparts on the trip from Nov. 7-9, which comes ahead of a G20 summit in Indonesia later this month, the spokesperson said. It will be the first Treasury trip to the United Kingdom under new Prime Minister Rishi Sunak.

“With these close allies, he will discuss our redoubled efforts to deny (Russian President Vladimir) Putin the revenue and military equipment he needs to further his illegal war, while maintaining our strong support for the Ukrainian government and people through direct economic assistance,” the spokesperson said.

“He will also continue the close coordination on implementing a price cap on Russian oil that will facilitate the flow of oil onto global markets at lower prices and cut into Putin’s main source of revenue.”

The U.S. government, the G7 and the EU plan to impose the price cap which begins on Dec. 5 as part of sanctions against Russia for its invasion of Ukraine.

The exact price levels of the caps, which will be placed on shipments of Russian crude oil and oil products, is still being worked out.

Adeyemo will also meet with private sector executives during the trip to discuss sanctions evasion and enforcement, the spokesperson added.

Washington and its allies have imposed several rafts of sanctions targeting Moscow since its February invasion of Ukraine, including targeting the country’s largest lenders and Russian President Vladimir Putin.

The conflict has killed thousands, displaced millions and left some Ukrainian cities in ruins.

Adeyemo’s trip comes after officials from France, the United Kingdom and the European Commission last month attended a first-of-its kind gathering in Washington with officials from 32 countries and the United States to discuss sanctions on Russia.

The officials discussed additional steps planned to target Russia’s military-industrial complex and the effects of several rafts of sanctions imposed by Washington.

Adeyemo at the gathering made clear that Washington is prepared to take action against those outside the United States evading its sanctions. 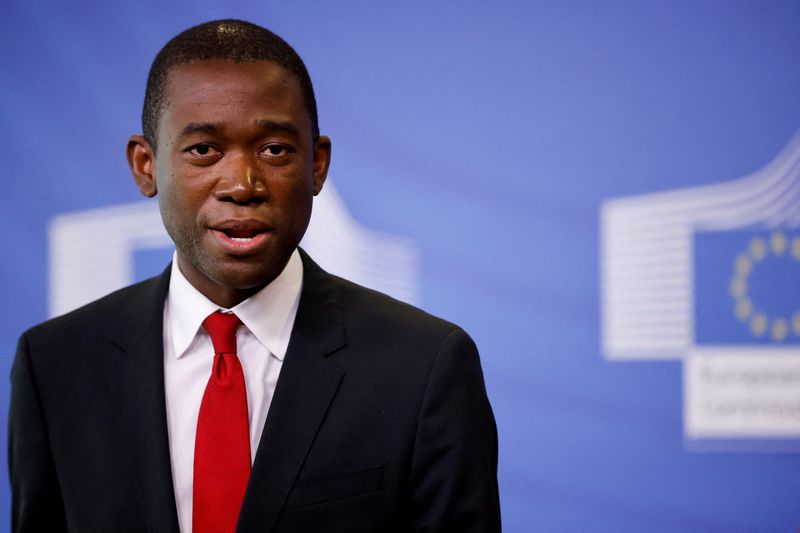