ABOARD AIR FORCE ONE (Reuters) -Officials from the U.S. Embassy in Moscow met with Brittney Griner on Thursday, officials said, in the first visit in months for the WNBA star who is jailed in Russia and could soon be transferred to a penal colony.

“We are told she is doing as well as can be expected under the circumstances,” White House press secretary Karine Jean-Pierre told reporters on Air Force One as President Joe Biden flew to New Mexico.

The visit was the first consular access to Griner since early August, when the two-time Olympic gold medalist was found guilty of narcotics possession and smuggling for bringing cannabis-infused vape cartridges into Russia. A court last week rejected an appeal against her nine-year prison sentence.

Washington and Moscow have discussed swapping Griner and fellow detainee Paul Whelan, a former U.S. Marine, for a Russian arms dealer jailed in the United States, but no deal has materialized amid heightened tensions over Russia’s invasion of Ukraine.

Russia’s ambassador to the United States said on Thursday that Moscow would seek the release of as many of its citizens as possible in any future prisoner exchange with the United States, TASS news agency said.

Anatoly Antonov made his remarks after visiting Alexander Vinnik, a Russian who was extradited to the United States in August to face charges of laundering more than $4 billion through the digital currency bitcoin, TASS said.

In the absence of a swap or a further appeal, Griner, who was first detained on Feb. 17 at a Moscow airport, faces being moved to one of Russia’s network of labor camps for inmates.

State Department spokesperson Ned Price said on Twitter that the embassy officials who visited Griner on Thursday “saw firsthand her tenacity and perseverance despite her present circumstances.”

Washington continued to call for the immediate release of Griner and Whelan, Price said. 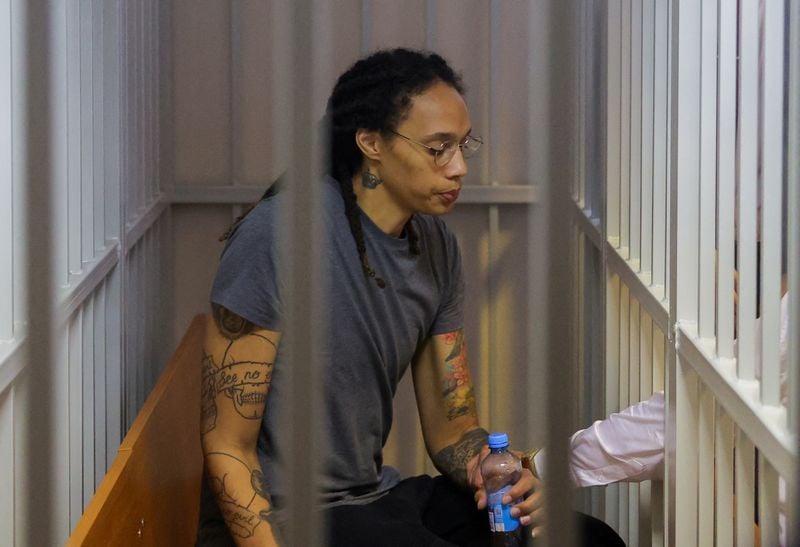