WASHINGTON (Reuters) – Ford Motor Co said on Thursday the U.S. Treasury Department should limit the definition of a “foreign entity of concern” to ensure more electric vehicles can qualify for up to $7,500 in consumer tax credits.

In August, Congress passed the $430 billion Inflation Reduction Act (IRA) legislation to restructure EV tax credits and, will, in the coming years, bar credits if any EV battery components were manufactured or assembled by a “foreign entity of concern” or if batteries contain critical minerals extracted, processed, or recycled by a foreign entity of concern.

The rules were aimed at weaning the United States off the Chinese battery supply chain.

“While Ford appreciates and supports the overall objective of the law to bolster the localization of battery production and critical mineral mining and processing in the U.S. and with our trading partners and allies, an overly expansive interpretation of this provision risks undermining that very same objective by making the clean vehicle credit largely unavailable,” the automaker said in comments filed with Treasury and sent to media.

Ford said it wants the Biden administration to ensure joint ventures in critical mineral extraction, processing, or recycling “will not cause vehicles to be automatically excluded.” The company also said any U.S.-organized company, regardless of its owners, should not trigger the foreign entity rules.

Ford also said automakers need a “de minimis standard” as part of foreign entity reporting requirements “so that unintended traces of critical minerals do not disqualify consumers from getting a tax credit.”

The IRA requires automakers to have 50% of critical minerals used in batteries sourced from North America or American allies by 2024, rising to 80% by the end of 2026. The foreign entity restrictions apply to vehicle battery components starting in 2024 and battery minerals beginning in 2025. 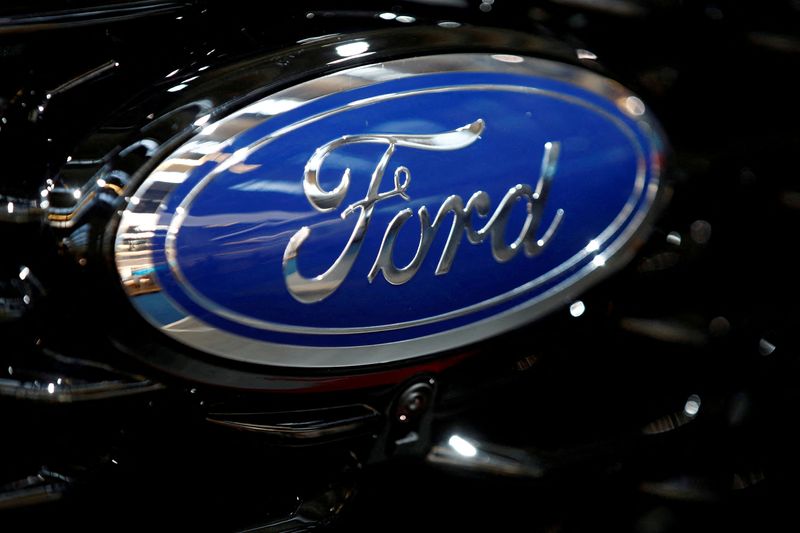