CLOVIS, New Mexico (Reuters) – The city commission of Clovis on Thursday put off a vote on an ordinance designed to ban abortions within the New Mexico town near the Texas border, fearing challenges to the move in a state where the procedure remains legal.

Clovis was set to become the first town to pass a so-called “sanctuary city for the unborn” ordinance in a state controlled by the Democratic Party, according to anti-abortion advocates, who say it is part of a national push into “blue” states.

Clovis does not have an abortion clinic, but could be a place that could serve people from Republican-controlled Texas, to the east. Texas was one of the first states to impose a near-total ban on abortion and providers can face up to life in prison there.

On Monday, the city commission of the nearby town of Hobbs is expected to take up a similar measure. Both Clovis and Hobbs are in conservative eastern New Mexico. Hobbs also does not have an abortion clinic.

Thursday, all eight members of the Clovis commission said they want to ban abortions, but seven voted to delay until they could perfect the language to better protect against litigation.

Mayor Mike Morris, who led the meeting, reaffirmed that he is anti-abortion, that he wants to see an ordinance pass and that he “does not want to see Clovis become a destination for abortions.” But he said more work was needed on the proposed measure.

The architect of the ordinance is Jonathan Mitchell, a conservative Texas lawyer who was the driving force behind Texas’ 2021 “heartbeat” abortion law.

Mitchell participated in the city commission meeting by phone. He said the ordinance was based on federal law that should trump state laws. But he acknowledged there could be benefit in delaying a final vote, if only to see what new abortion rights legislation New Mexico lawmakers may draft in their next session, which begins in January, and change the city ordinance to combat it.

The office of New Mexico Governor Michelle Lujan Grisham told Reuters that the ordinance is clearly against state law protecting the right to an abortion, and that it is an affront to the rights and autonomy of all women in the region.

“We have been very clear about what MAGA extreme Republicans are trying to do when it comes to a woman’s rights to choose,” she said. “They’re trying to take that away, clearly, and in the most extreme ways. What it’s doing is it’s putting women — women and girls’ lives at risk.”

Mark Lee Dickson, a pastor from Texas, is the architect of the “sanctuary city” movement, which has seen over 50 cities adopt anti-abortion measures in Texas and other conservative states.

He was kicked out of Tuesday’s meeting in Clovis by the mayor after yelling “I’ll pay for it!” in response to commissioners’ worries about the city being sued over the ordinance. He said the decision to delay was a blow, but that he would continue the fight in Clovis.

“But we know there is still a fight ahead,” she said. 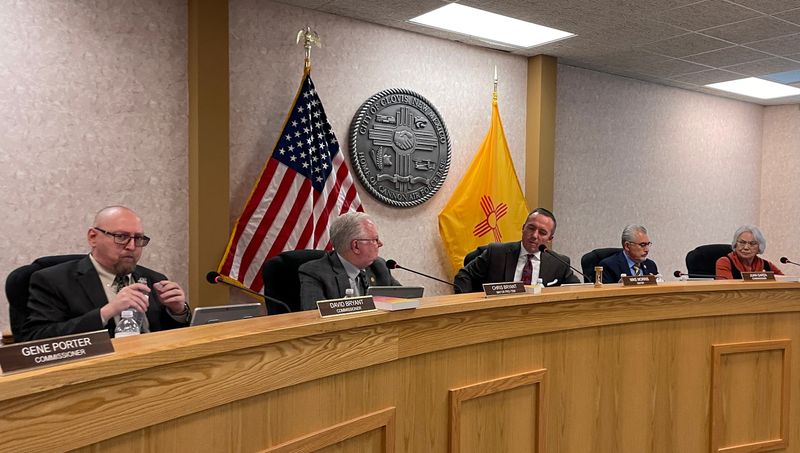 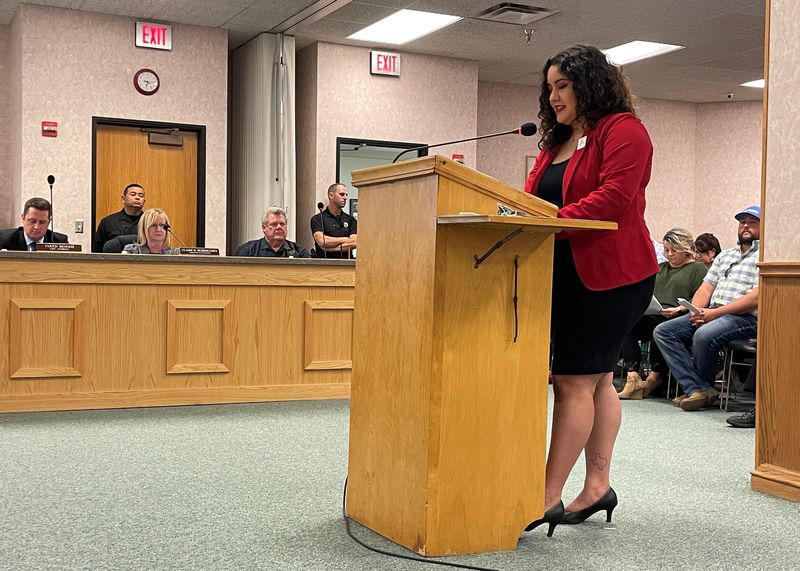 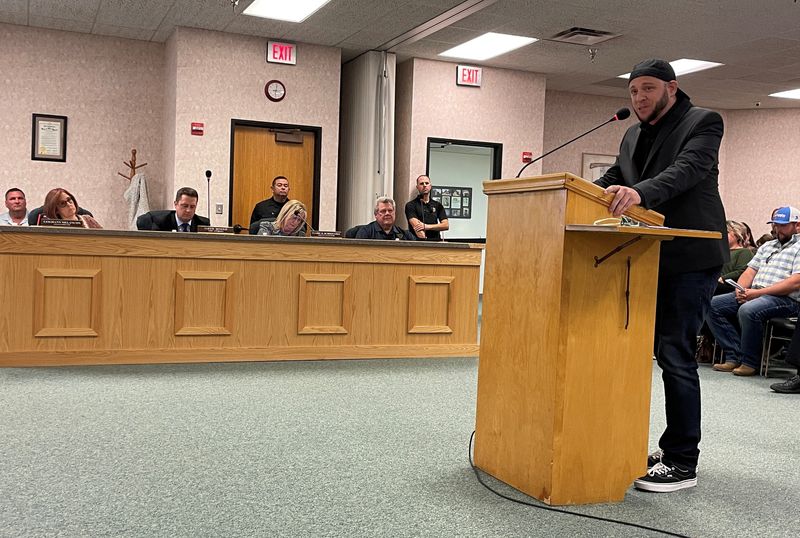