(Reuters) -A federal judge in Texas on Thursday ruled that President Joe Biden’s plan to cancel hundreds of billions of dollars in student loan debt was unlawful and must be vacated, delivering a victory to conservative opponents of the program.

U.S. District Judge Mark Pittman, an appointee of former Republican President Donald Trump in Fort Worth, called the program an “unconstitutional exercise of Congress’s legislative power” as he ruled in favor of two borrowers backed by a conservative advocacy group.

The debt relief plan had already been temporarily blocked by the St. Louis-based 8th U.S. Circuit Court of Appeals while it considers a request by six Republican-led states to enjoin it while they appealed the dismissal of their own lawsuit.

The judge’s ruling came in a lawsuit by two borrowers who were partially or fully ineligible for the loan forgiveness Biden’s plan offered. The plaintiffs argued it did not follow proper rulemaking processes and was unlawful.

The borrowers were backed by the Job Creators Network Foundation, a conservative advocacy group founded by Bernie Marcus, a co-founder of Home Depot.

About 26 million Americans have applied for student loan forgiveness, and the U.S. Department of Education has already approved requests from 16 million. Jean-Pierre said the department would hold onto their information “so it can quickly process their relief once we prevail in court.”

“We will never stop fighting for hard-working Americans most in need – no matter how many roadblocks our opponents and special interests try to put in our way,” she said.

Biden’s plan has been the subject of several lawsuits by conservative state attorneys general and legal groups, but plaintiffs before Thursday had struggled to convince courts they were harmed by it in such a way that they have standing to sue.

The plan, announced in August, calls for forgiving up to $10,000 in student loan debt for borrowers making less than $125,000 per year, or $250,000 for married couples. Borrowers who received Pell Grants to benefit lower-income college students will have up to $20,000 of their debt canceled.

The non-partisan Congressional Budget Office in September calculated the debt forgiveness would eliminate about $430 billion of the $1.6 trillion in outstanding student debt and that over 40 million people were eligible to benefit.

In his 26-page ruling, Pittman said it was irrelevant if Biden’s plan was good public policy because the program was “one of the largest exercises of legislative power without congressional authority in the history of the United States.”

Pittman wrote that the HEROES Act – a law that provides loan assistance to military personnel and that was relied upon by the Biden administration to enact the relief plan – did not authorize the $400 billion student loan forgiveness program.

“In this country, we are not ruled by an all-powerful executive with a pen and a phone,” Pittman wrote. “Instead, we are ruled by a Constitution that provides for three distinct and independent branches of government.”

Elaine Parker, the president of the Job Creators Network Foundation, in a statement said the ruling “protects the rule of law which requires all Americans to have their voices heard by their federal government.” 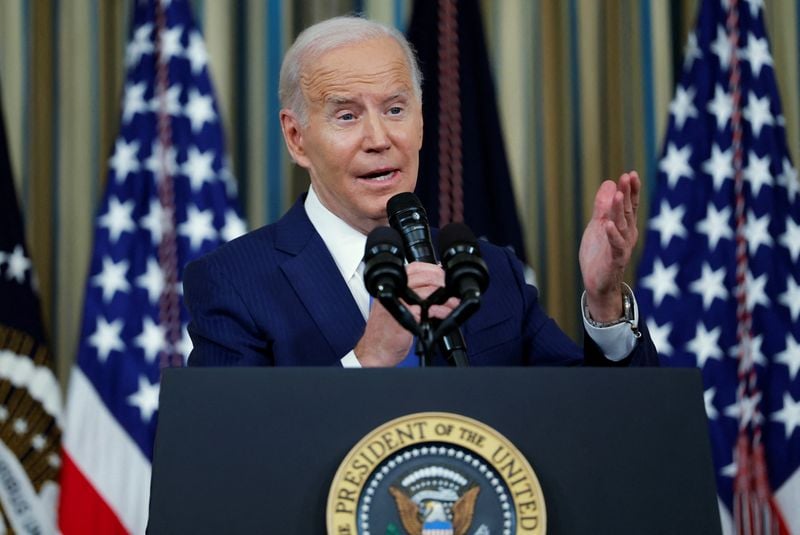