MADRID (Reuters) -Spanish banks need to preserve capital and keep a lid on mortgage loan costs to cope with a potential deterioration of the economic outlook, the Bank of Spain warned on Friday.

The central bank said that risks to financial stability had increased since its last report on the matter in April.

The institution’s head of financial stability Angel Estrada also warned that mortgage relief measures being readied by the government and banks should be temporary and targeted only at vulnerable households.

“The measures must identify the target group and the aid must not increase the cost of future (mortgage) clients,” Estrada told a news briefing.

Though higher interest rates are also expected to boost banks’ financial margins in the short term, financial supervisors have recently cautioned against risks stemming from the war in Ukraine at a time when recession looms in Europe.

“All this recommends a prudent provisioning and capital planning policy, allowing a short-term increase in profits to be used to increase the resilience of the sector,” it said in its semiannual financial stability report.

The central bank expected high inflation in Spain to further pressure the economic outlook in coming quarters after it recently cut its growth forecast for 2023 to 1.4% from a previously expected rate of 2.8%.

Though Spanish banks, including Santander and BBVA, posted better-than-expected third-quarter earnings but they were overshadowed by higher loan-loss provisions.

The European Central Bank has also recommended prudence and its top supervisor Andrea Enria appeared to call time on a season of large share buybacks by banks as the economy weakens.

Spanish lenders have been increasing their shareholder remuneration through higher pay-outs averaging 40%-60%, share buy-backs or a combination of both.

“Pay-out ratios of Spanish institutions are not excessive and around the average or below that of the international banking systems, but the recommendation to be prudent is still on the table,” Estrada said.

Echoing the ECB’s non-binding opinion on Spain’s banking tax proposal, the Bank of Spain said the levy would hurt banks’ profitability and capital generation in 2023-24. 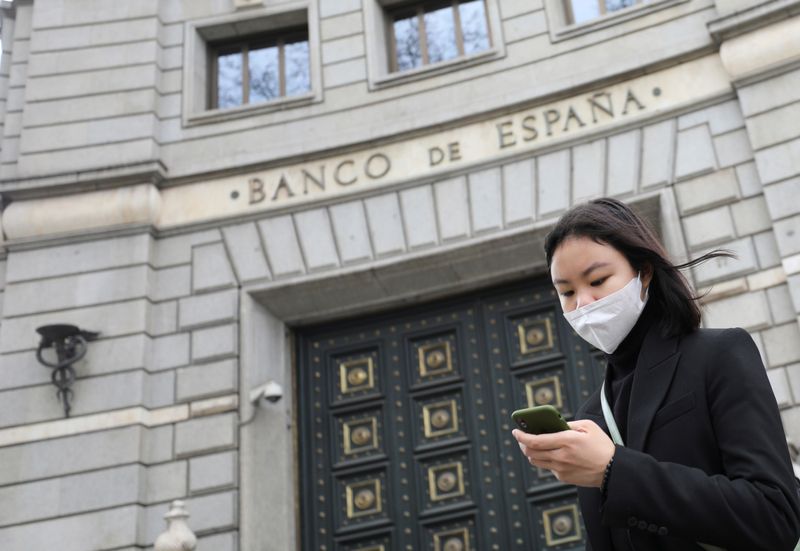