ROME (Reuters) – Venice is delaying plans to introduce an entry fee for visitors because the city council has not yet fully approved the new admissions process, a spokesman for Mayor Luigi Brugnaro said on Friday.

Tourism officials said in July that day-trippers would have to book their visit to the lagoon city online from Jan. 16 and pay between 3 and 10 euros ($3 and $10) for a pass in an effort to control crowd numbers.

But the mayor’s spokesman said the city council had not yet approved the necessary regulations, meaning the start date would have to be put back. The process would take at least six months, he added.

The plan, first mooted in 2019, was initially postponed because of COVID-19, which kept tourists away.

However, visitors have poured back into Venice this year, with outsiders often vastly outnumbering the 50,000 residents of the city centre, overwhelming the narrow alleys and putting the daily charge back on the mayor’s agenda. 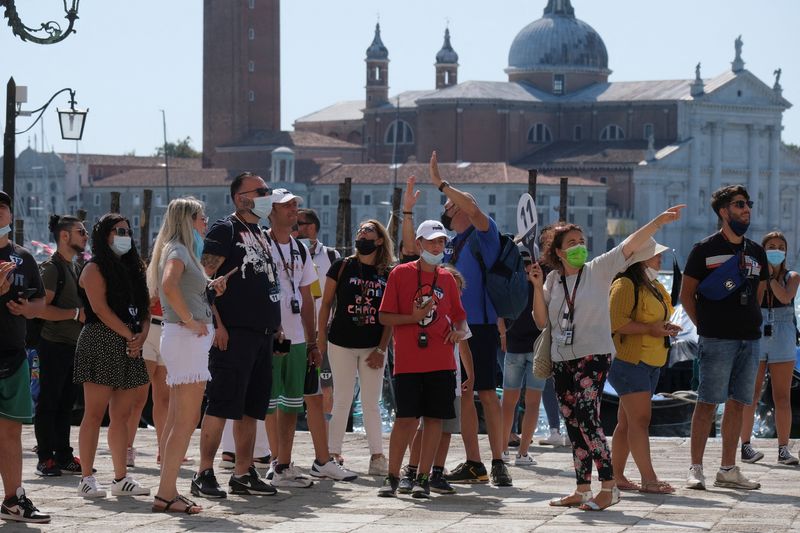