BRUSSELS (Reuters) – Hungary made a “significant step” towards securing billions in economic stimulus funds by accepting European Union demands on the independence of the judiciary, an official with the bloc told Reuters on Friday.

That bodes well for finalising negotiations between Prime Minister Viktor Orban’s government and the Brussels-based European Commission on some 6 billion euros in economic aid envisaged for Budapest but frozen over rule of law disputes.

“The Hungarians have accepted the Commission’s conditions on the milestone for the independence of the judiciary. This is not the end of the negotiations but this is a significant step,” said the EU official, who spoke under condition of anonymity.

“I cannot confirm we have finished all the negotiations on the recovery funds, but we are finalising them. The sticking points were very much around the independence of the judiciary.”

Budapest had no immediate comment, but on Wednesday Prime Orban’s chief of staff said Hungary was making some changes in the judiciary system to meet EU executive’s conditions.

With this, the last hurdle will be eliminated in order to reach an agreement on the recovery fund, Gergely Gulyas told a briefing.

In power since 2010, Orban has tightened the noose around media, academics and NGOs, and restricted the freedoms of migrants and gay people. He has also locked horns with the EU over aid to Ukraine and sanctions against Russia.

But as Hungary’s economy turned to the worse this year and the forint plunged, Budapest sought to strike a deal with Brussels to get the money.

The EU official said Budapest agreed to cease the powers of Hungary’s Supreme Court to interfere with the right of Hungarian judges to consult the European Court of Justice, among other steps.

The European Commission has also recommended cutting a further 7.5 billion euros – some 5% of Hungary’s estimated 2022 gross domestic product – from handouts earmarked for the country due to shortcomings in its public procurement laws.

The EU says they do not provide enough safeguards against corruption while rights groups accuse Orban of channelling European funds to his close associates, enriching them and ensuring their loyalty.

Hungary has pledged to meet 17 commitments to strengthen its anti-corruption framework, and has passed legislation to address EU concerns.

(Reporting by Gabriela Baczynska; Additional reporting by Krisztina Than in Budapest; Editing by Tomasz Janowski) 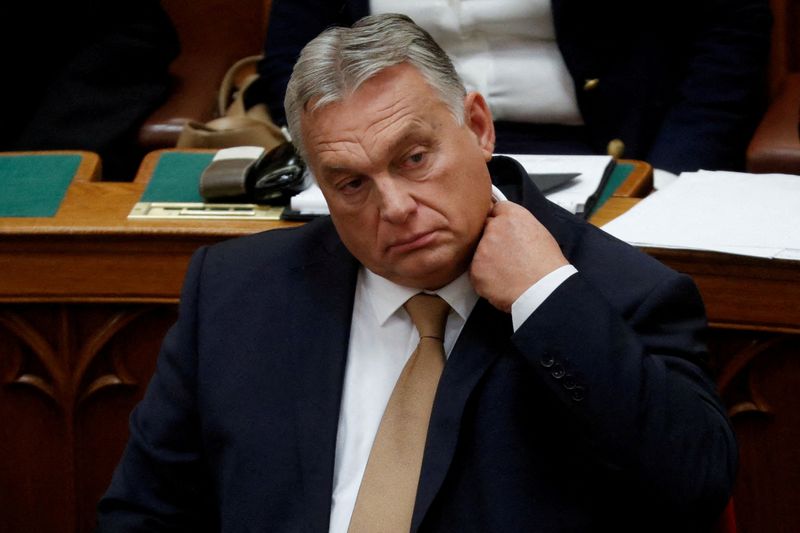 Pinterest reaches deal with activist Elliott; Steinberg to join board

Pinterest reaches deal with activist Elliott; Steinberg to join board