By Tim McLaughlin and M.B. Pell

(Reuters) – U.S. colleges like to stress their green credentials. Many also use some of the dirtiest fuels to power their campuses – and crank out pollution at higher rates than the typical commercial power plant, a Reuters Special Report shows.

Here’s how the news agency got the numbers behind the story.

University power plants are much smaller than their industry counterparts and thus produce fewer overall emissions. But absolute levels of pollution don’t fully explain how clean or dirty these facilities are. To adjust for size, Reuters calculated the amount of pollution created for each unit of electricity or heat produced at these plants, then compared those rates.

Reuters focused on two types of pollution, carbon dioxide (CO2) and nitrogen oxides (NOx). All fossil-fuel power plants produce these emissions, which are created when these fuels are burned.

The EIA collects information from about 3,000 U.S. power plants each year. It then estimates the total amount of CO2 emissions for each facility based on factors such as how much power it produces, and the types of fuel and combustion equipment used. Dirtier fuels burned by older boilers and turbines result in higher overall emissions.

To be tracked by the EIA, a plant typically must generate at least 25 megawatts of electricity a year, enough to power about 25,000 homes. These facilities include large power plants owned by public utilities as well as private plants that provide electricity and heating for big consumers such as refineries, paper mills and colleges.

Reuters identified 103 university power plants run by 93 four-year institutions among the facilities tracked by the EIA. Most of these universities operate so-called cogeneration plants that generate both electricity and heat, generally steam, used mainly to heat buildings and water. The data includes the amount of electricity generated at each plant and an EIA estimate for the useful heat energy produced.

Reuters calculated the rate of CO2 emissions for each plant – the amount created for each megawatt hour of generation – by taking into account both the electrical energy produced and the heat energy as follows:

*We converted the EIA’s useful heat energy, expressed as MMBtu, into kilowatt hours by multiplying each plant’s useful thermal output by 293.07107, a standard conversion factor used by the EPA. A Btu, or British thermal unit, is a measure of heat production.

The Reuters CO2 analysis was vetted by EIA researchers and five industry engineers and scientists who said the news organization’s methodology and findings were accurate.

In contrast to the EIA data, which provides plant-wide estimates of total CO2 emissions, the NOx results are narrower. They represent real-time emissions readings taken from specific pieces of combustion equipment operating inside a facility.

While these tests don’t measure a school power plant’s total output of NOx pollution, they do reveal how clean or dirty individual boilers and turbines are, and the environmental consequences of operating them. Analysts consider this data a useful way of pinpointing problems: Aging combustion equipment, even units used only occasionally for backup power, can produce an outsized share of a power plant’s NOx emissions.

Reuters obtained these figures for 89 U.S. universities, some of them publicly available from state regulators and the EPA, the rest secured through public records requests. These tests, conducted by outside auditors hired by the schools, assess the levels of specific pollutants emitted into the air.

These tests typically are conducted every one to three years. Reuters relied on the latest available test results, nearly all from 2017 to 2022. EPA data also was used to get NOx emission rates.

The rate of comparison was based on a standard EPA metric: pounds of NOx created per million Btus of heat from fuel combustion.

(Reporting By Tim McLaughlin in Boston and M.B. Pell in New York; editing by Marla Dickerson) 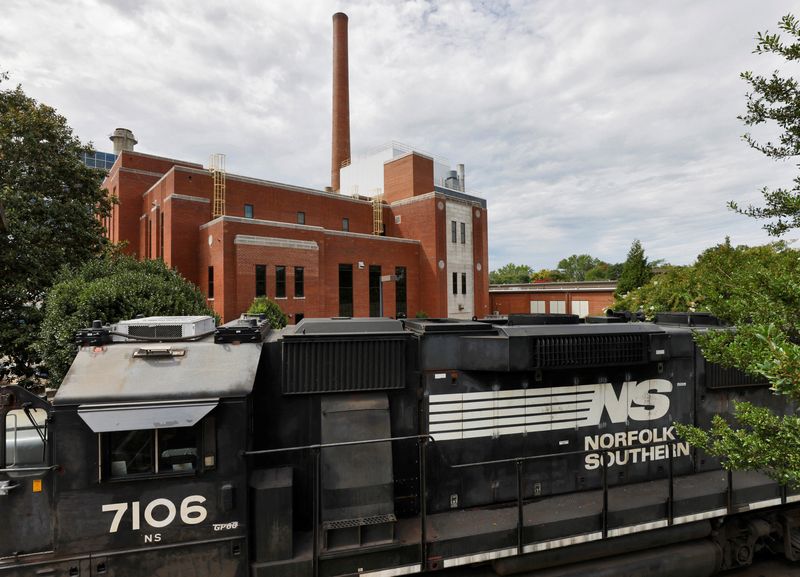