SEOUL (Reuters) – Chances are increasing for the Bank of Korea to scale back to a 25-basis-point rate hike in November, a Fitch Ratings official said on Friday, although the agency maintained its baseline scenario for another 50-bp rate hike.

“We forecast the BOK to hike its policy rate by an additional 50bp in the November meeting and remain on hold at a terminal rate of 3.5% through 2023,” said Jeremy Zook, sovereigns director at Fitch Ratings.

But the possibility is increasing for the BOK to scale back to a smaller 25-bp hike, considering recent developments in the local bond market and expectations for U.S. monetary policy, Zook said during a press conference held in Seoul.

A larger-than-expected drop in U.S. consumer inflation last month – revealed in U.S. Labor Department data published on Thursday – will likely prompt the Federal Reserve to pare down future interest rate increases as the impact of its swift monetary tightening this year begins to take hold. [MKTS/GLOB]

The Bank of Korea’s monetary policy board next meets on Nov. 24 for its last rate decision meeting this year. 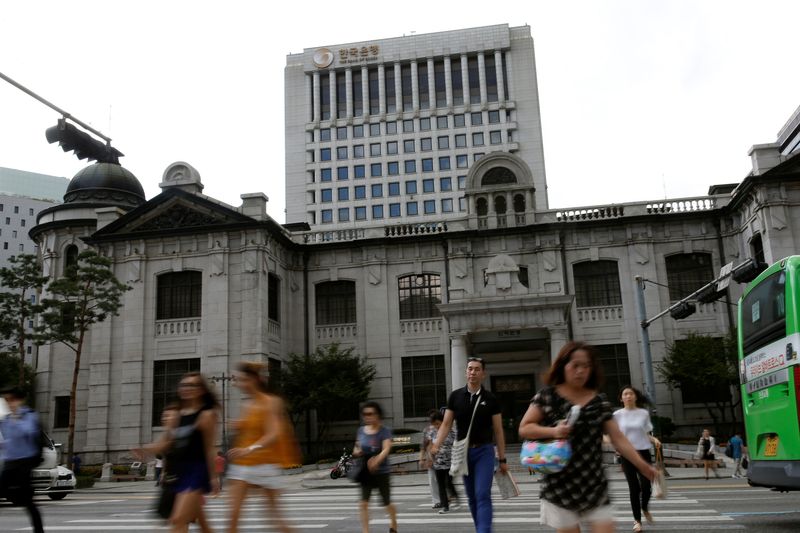