(Reuters) – Chicago police are investigating a noose that was found at the construction site of the Obama Presidential Center on Thursday, an act the Illinois governor condemned as a symbol of racist hatred.

The incident led to a temporary halt in construction, the Chicago Tribune reported, citing the construction consortium that is building the center.

“The Chicago Police Department is aware of this matter and it is under investigation,” police spokesperson Alex Aguas said in an email.

The noose was reported to police by the Lakeside Alliance, a construction team of Black-owned companies that is building the Obama Presidential Center, which will be a museum and public gathering space commemorating Barack and Michelle Obama, the first African-American president and first lady.

The noose is a symbol for the lynching of thousands of former slaves and their descendants who were hunted down, killed, and often hung from trees in the Jim Crow period following the end of slavery in the United States in 1865.

“The noose is more than a symbol of racism, it is a heart-stopping reminder of the violence and terror inflicted on Black Americans for centuries,” Illinois Governor J.B. Pritzker said on Twitter.

The Lakeside Alliance is offering a $100,000 reward to help find those responsible, the Chicago Tribune reported, citing an alliance statement.

“We have zero tolerance for any form of bias or hate on our worksite. Anti-bias training is included in our onboarding process and reiterated during sitewide meetings. We are suspending all operations on-site in order to provide another series of these trainings and conversations for all staff and workers,” the alliance said. 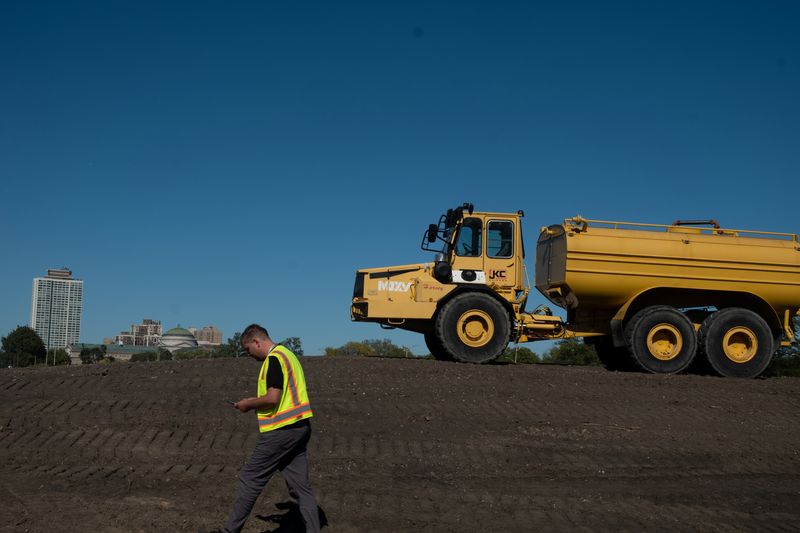