LONDON (Reuters) -Russia said on Friday it did not expect a quick breakthrough in talks with the United States on resuming nuclear arms inspections that it said would take place soon in Cairo.

The two countries agreed in March 2020 to halt mutual inspections under the New START treaty – the last surviving pact on limiting their strategic nuclear arsenals – because of the COVID-19 pandemic. Since then they have failed to reach a deal to resume them.

The fact the talks will take place at all is a sign that both sides want at least to maintain dialogue at a time when Russia’s war in Ukraine has plunged relations between them to the most confrontational point in the past 60 years.

But Russian Deputy Foreign Minister Sergei Ryabkov played down expectations of a breakthrough at the meeting, which he said would take place in late November-early December in the Egyptian capital.

“This isn’t a problem that started today or yesterday and it will hardly be possible to solve it in the course of a few days,” Russian news agencies quoted him as saying.

Russia suspended cooperation with inspections under the treaty in August, blaming travel restrictions imposed by Washington and its allies over the war in Ukraine.

The U.S. State Department said this week that “measures imposed as a result of Russia’s unprovoked war against Ukraine don’t prevent Russian inspectors from conducting New START Treaty inspections in the United States”, and it hoped the upcoming meeting would lead to a resumption of inspections.

New START, which took effect in 2011, caps the number of strategic nuclear warheads that the United States and Russia can deploy, and the deployment of land- and submarine-based missiles and bombers to deliver them.

Shortly after taking office last year, U.S. President Joe Biden agreed with Russian President Vladimir Putin to extend the treaty, which was then only a couple of weeks from expiring, for another five years.

The Kremlin told the United States in August that time was running out to negotiate a replacement and that global security would be weakened if the pact was allowed to expire in 2026 without a successor.

Fears of a nuclear confrontation have heightened since the start of the war, as Putin has reminded the world of the size and power of Moscow’s arsenal and warned he is prepared to use all means at Russia’s disposal to defend its “territorial integrity”.

U.S. President Joe Biden said last month that the world stood closer to “Armageddon” than at any time since the 1962 Cuban Missile Crisis, after Putin moved to annex four regions of Ukraine – an act condemned as illegal by Kyiv, its Western allies and most members of the United Nations – and place them under Russia’s nuclear umbrella. 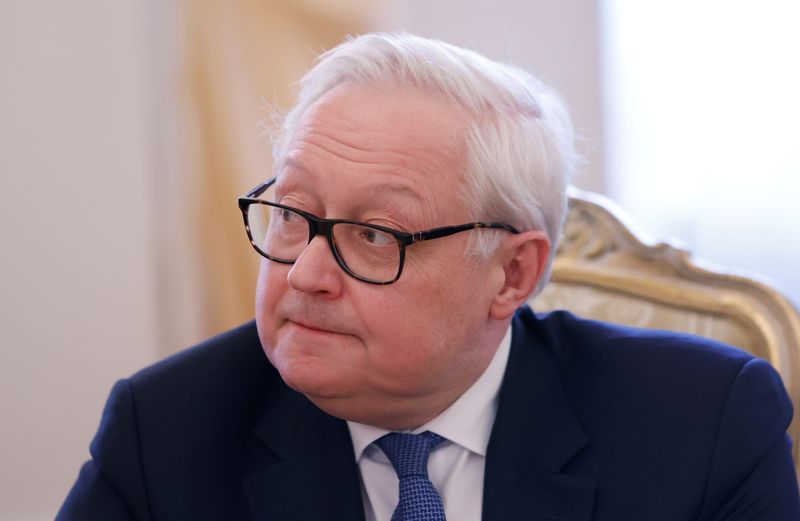