WASHINGTON (Reuters) -U.S. House Speaker Nancy Pelosi on Sunday said it was too soon to say whether she would seek to maintain her leadership post with control of the chamber following Tuesday’s election still uncertain, adding that she has no plans to fade away.

In a pair of television interviews, the U.S. House of Representatives’ top Democrat said her party would have a “much brighter” future in the next Congress given Republicans’ dimmer-than-expected election results. Pelosi said she was focused on her party’s future, not her own, ahead of House Democrats’ Nov. 30 leadership vote.

“There are all kinds of ways to exert influence. The speaker has awesome power, but I will always have influence,” she told CNN’s “State of the Union” program.

Democrats have secured control of the U.S. Senate following Tuesday’s midterm election, handing President Joe Biden a win. Control of the House remains to been seen as both sides have yet to secure the 218 seats needed while ballots continue to be counted.

“It’s very close,” Pelosi said in a separate interview on ABC News’ “This Week” program. “We haven’t given up.”

“They haven’t won yet,” she added on CNN.

Pelosi, who as speaker is second in the line of succession to the presidency, won her 19th term on Tuesday with more 83% of the vote.

Asked about how the recent attack on her husband would impact any decision about her future, Pelosi said she had no plans to leave Congress and that she was looking at moving her party forward. She also threw her support behind another term for Biden should he seek re-election.

“My decision will then be rooted in the wishes of my family and the wishes of my caucus. But none of it will be very much considered until we see the outcome of all of this is,” she told CNN.

Kevin McCarthy, the House Republican leader, has said he plans to pursue the speakership if his party wins control of the next Congress, which convenes in January.

Biden has said he has spoken to McCarthy but holds out hope Democrats will prevail.

It could take several days or longer before the outcome of enough House races is known to determine which party will control the 435-seat chamber. As of late Saturday, Republicans had won 211 seats, with 218 needed for a majority, ahead of the Democrats with 205. 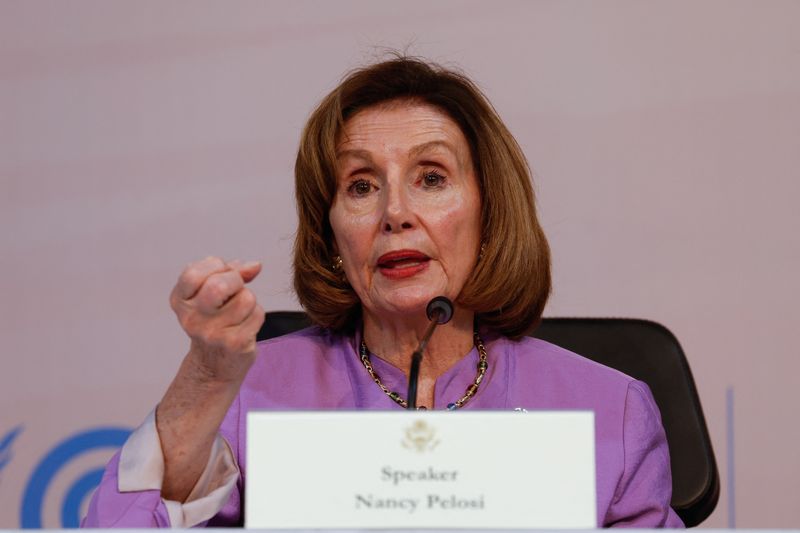