By Nelson Acosta and Marc Frank

HAVANA (Reuters) – Cuba has cut by half its original forecast for growth in 2022, the head of its chamber of commerce said on Monday, as the Caribbean island nation struggles to jumpstart its ailing economy and all-important tourism industry.

Cuba’s economy is expected to grow 2% this year, down from a previous official prediction of 4%, according to Chamber of Commerce president Antonio Carricarte.

That forecast matches an October prediction by the UN’s regional economic body for Latin America, ECLAC.

“That is the estimate, based on the increase in tourism this year,” Carricarte told reporters Monday on the sidelines of the annual Havana International Trade and Investment Fair. “These are hard times but we hope to meet that target.”

Tourism is a critical bellwether for Communist-run Cuba’s economy. Unlike regional neighbors, the island of white sand beaches and renowned culture has struggled to recover from the effects of the COVID-19 pandemic, in part because of harsh U.S. sanctions that target both travel and business.

Cuba’s government said in late October that the country would likely receive 1.7 million tourists this year, well short of its original goal of 2.5 million, but still an improvement over the pandemic slump.

The downgraded growth estimate comes as no surprise to citizens and foreign businesses already struggling with daily power blackouts and public transport problems – on top of chronic food, medicine and fuel shortages.

The crisis has led to scattered protests and record immigration over the past year, mainly to the United States.

Even reaching 2% growth seemed optimistic, said one European businessman with years of experience in the country.

“I do not see any economic growth, quite the contrary. Perhaps the uptick was due to the opening of education after the pandemic,” said the businessmen, asking for anonymity to speak openly.

Cuba’s Chamber of Commerce is a sponsor of this week’s Havana trade fair, an annual event held at sprawling fairgrounds on the outskirts of the capital. The fair draws hundreds of businesses and dozens of government delegations from around the world, including many U.S. allies.

The event, which includes an investment forum, is designed both as Cuba’s main business venue and a show of international support in the face of U.S. sanctions. 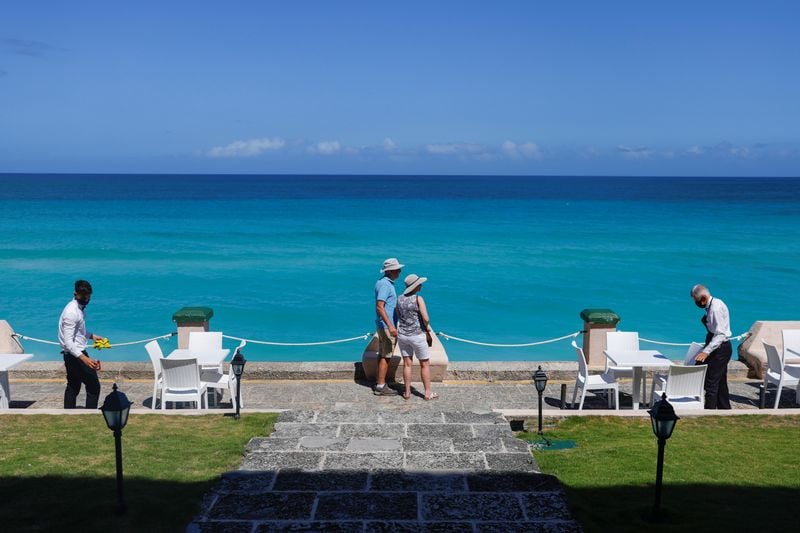 Belarus to allow transit of Ukraine grain for export from Lithuania – U.N