(Reuters) – Twitter has had a bumpy ride since new owner Elon Musk took charge last month. The world’s richest person halted plans to charge $8 for the sought-after blue check mark as fake accounts mushroomed, while bringing back the “official” badge to some users just days after he had “killed” it.

Meanwhile, Twitter has cut half of its workforce and Musk raised the possibility of the social media platform going bankrupt.

The chief executive of Twitter, who is also Tesla Inc boss, has taken the following actions:

Several corporate advertisers distanced themselves from Twitter, including General Motors, Oreo maker Mondelez International, Pfizer Inc and Ford. He had earlier said he wanted the company to be “the most respected advertising platform”.

Musk on Oct. 29 said he would set up a content moderation council with “widely diverse viewpoints”.

Laid off half the workforce. The company fired more than 90% of its India staff, Bloomberg News reported. It also reported that Twitter was asking dozens of employees who lost their jobs to return.

Twitter on Nov. 5 launches an $8 subscription service that gives the user a verified blue check mark and other features.

Musk on Nov. 5 said Twitter’s in-app search would be improved. “Search within Twitter reminds me of Infoseek in ‘98! That will also get a lot better pronto,” he tweeted. ()

Musk said on Nov. 5 that Twitter would soon add the ability to attach long-form text to tweets, followed by monetization for creators for all forms of content. ()

Twitter users engaging in impersonation without clearly specifying it as a “parody” account will be permanently suspended without a warning, Musk tweeted on Nov. 6.

Musk said on Nov. 6, Twitter’s mission is to become the most accurate source of information about the world.

On Nov. 8, Twitter introduces an “Official” label for select verified accounts including major media outlets and governments when it launches its new $8 premium subscription product.

On Nov. 9, Musk tweets that he “killed” the new official label for Twitter accounts, on the same day that it began rolling out.

Musk told advertisers on Nov. 9 he aimed to turn the social media platform into a force for truth and stop fake accounts in an effort to assuage brands and advertising agencies that have increasingly been backing away.

On Nov. 11, Twitter paused the $8 blue check subscription service as fake accounts mushroomed, and brought back the “official” badge to some users of the social media platform.

Musk on Nov. 14 tweeted that his rocket company SpaceX has bought a “tiny” advertising package on Twitter for its satellite internet service Starlink. 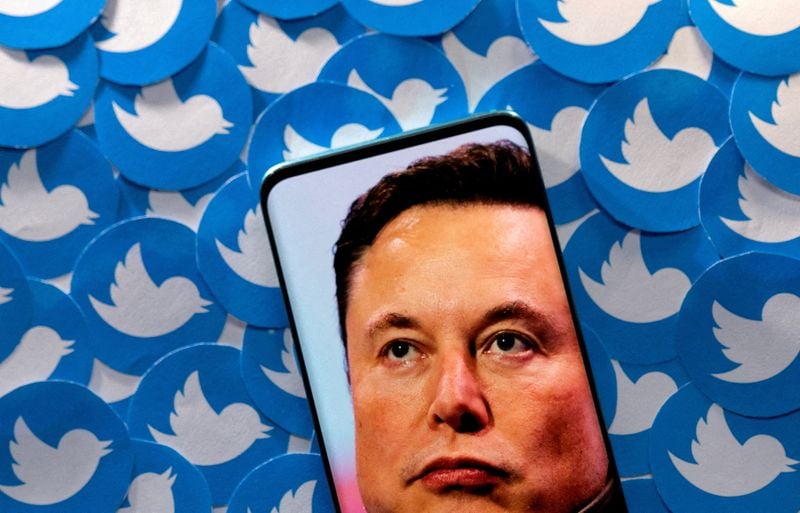