(Reuters) – Home Depot Inc and Lowe’s Cos Inc are likely to report rising sales in the third quarter as Americans continue to spend on home improvements in contrast to other retailers facing declining discretionary spending due to surging prices.

Wall Street analysts see the largest U.S. home improvement chains benefiting as rising interest rates encourage home owners to renovate existing properties rather than move on, while professional contractors have a backlog of work to clear.

“While the prevailing narrative would suggest otherwise, the sky is not yet falling across housing retail,” Wells Fargo analyst Zachary Fadem said in a note.

Home improvement chains saw sales and profits surge during the pandemic as Americans hunkered down at home revamped their living spaces.

While demand is expected to cool, higher mortgage rates and home prices are providing a new reason for households to remodel their existing properties.

“Home Depot and Lowe’s no longer have the more captive consumer base they had throughout 2020. Yet consumers very much continue to spend on the home,” said MKM Partners analyst David Bellinger.

Paint and coatings maker Sherwin-Williams Co said last month that professional contractors still had backlogs that would take them through the end of the year or even longer.

** Home Depot is rated “buy” on average among 36 brokerages; Lowe’s has a consensus rating of “buy” among 33 analysts

** Home Depot shares have shed about 24% YTD, with Lowe’s down over 19%, owing to worries of a demand slowdown

(Reporting by Deborah Sophia in Bengaluru; Editing by Sriraj Kalluvila) 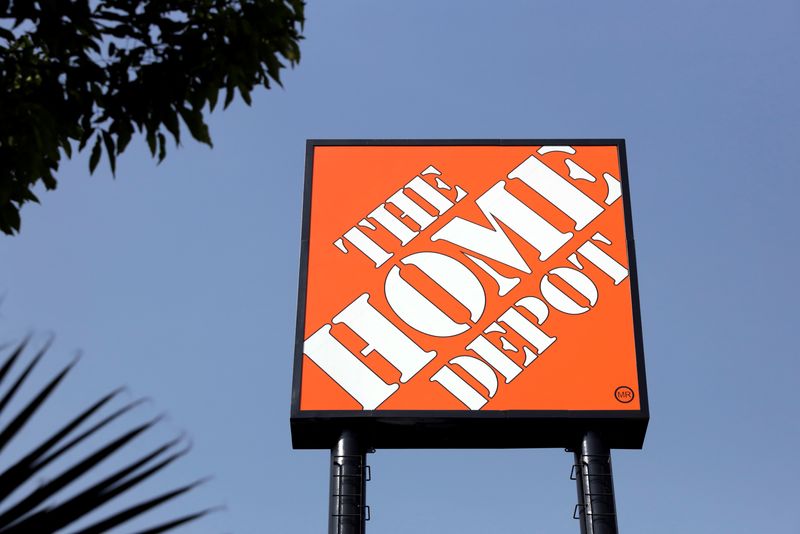