NUSA DUA, Indonesia (Reuters) -Russian Foreign Minister Sergei Lavrov on Monday dismissed a news agency report that he had been taken to hospital with a heart condition, scolding Western journalists for what he cast as false reporting.

Associated Press, citing Indonesian officials, said Lavrov had been taken to hospital after arriving on the island of Bali for a Group of 20 summit. AP said Lavrov, 72, had been treated for a heart condition.

“This, of course, is the height of fakery,” Russian Foreign Ministry spokeswoman Maria Zakharova said.

Zakharova posted a video of Lavrov, President Vladimir Putin’s foreign minister since 2004, sitting outdoors on a patio, dressed in shorts and a T-shirt and reading documents.

Asked about the report, Lavrov said Western journalists had been writing falsely for a decade that Putin, 70, was ill.

“This is a kind of game that is not new in politics,” Lavrov said with an ironic smile. “Western journalists need to be more truthful – they need to write the truth.”

Bali Governor I Wayan Koster told Reuters that Lavrov had briefly visited Sanglah Hospital in Bali for a “check-up” but that the minister was in good health.

“He was in good health and after the check-up he immediately left,” the governor said.

Associated Press said it stood by its story.

“We reported he had been taken to the hospital, and enumerated the number of sources providing that information.”

Lavrov is Russia’s longest-serving foreign minister since Soviet times, when Andrei Gromyko, nicknamed “Mr Nyet” in the West for his uncompromising approach, held the post for 28 years.

A graduate of the prestigious Moscow State Institute of International Relations, Lavrov speaks fluent English and French and also Sinhalese, having worked as a Soviet diplomat in Sri Lanka.

Sometimes nicknamed “Dr No” in the West, he is known for his acerbic remarks, especially about interlocutors whom he considers poorly prepared.

Before Russia’s invasion of Ukraine, Lavrov repeatedly dismissed U.S. and British assertions that Putin was preparing to order an invasion.

After the West imposed the most stringent sanctions in modern history on Russia, Lavrov said Moscow would turn away from the United States and its allies and instead expand relations with countries in Asia, Africa and Latin America. 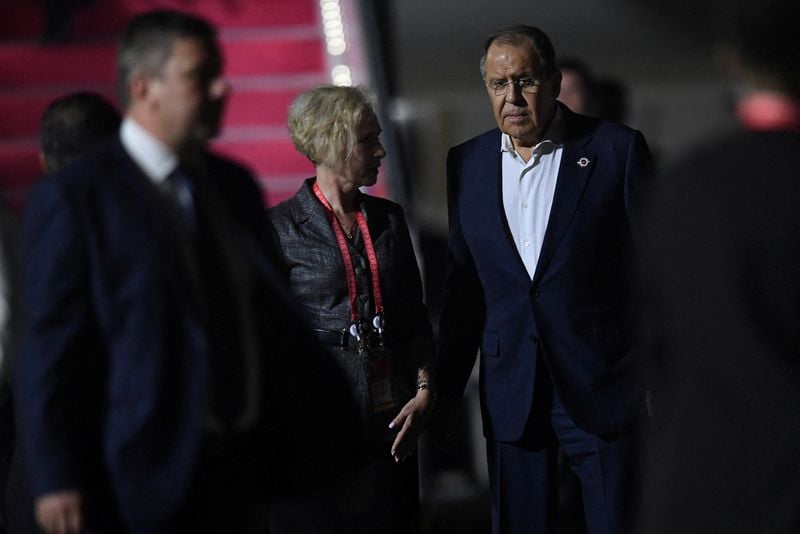