By Simon Jessop and Emilie Madi

SHARM EL-SHEIKH (Reuters) – The right of African countries to use their natural gas reserves should be reflected in any deal at the COP27 climate talks, the president of the African Development Bank told Reuters, even as some nations push to see use of the fuel curtailed.

Agreeing a deal on fossil fuels is among the key sticking points at the talks, with some countries including India keen to phase down the use of all such fuels, including gas, sources said.

A preliminary document from the conference hosts arrived late on Monday and made no mention of fossil fuels. While it forms the basis of any agreement, the all-important final wording has yet to be hammered out.

“Africa must have natural gas to complement its renewable energy,” African Development Bank President Akinwumi Adesina said Friday on the sidelines of the U.N. conference, being held in Sharm el-Sheikh, Egypt.

Even if Africa were to triple its production of natural gas from current levels, its contribution to global emissions would only rise by 0.67%, he said.

With the world currently on course to miss its climate goal of limiting global warming to 1.5 degrees Celsius above the pre-industrial average by mid-century, one focus at the conference has been on countries accelerating their shift to renewable energy.

The AfDB is seeking to raise $25 billion through the African Adaptation Acceleration Program – the biggest created by any comparable lender, Adesina said. It has also put 85% of its investments between 2016-2021 into renewable energy.

Still, natural gas is needed to balance out the electricity supply given the intermittent nature of renewables, he said.

“We must recognise the special nature of Africa. Africa has the highest level of energy poverty in the world,” Adesina said.

“My interest is how Africa uses natural gas as part of its energy mix to provide electricity for 600 million people today that don’t have access to electricity.”

Since the industrial revolution, developed countries have emitted around 2,400 gigatonnes of climate-damaging carbon emissions, leaving only around 400 gigatonnes left if the world wants to hit its temperature goal, Adesina said.

“And so Africa, that did not really emit, should not now be penalised for not even being able to use a little bit of gas to complement its natural resources.” 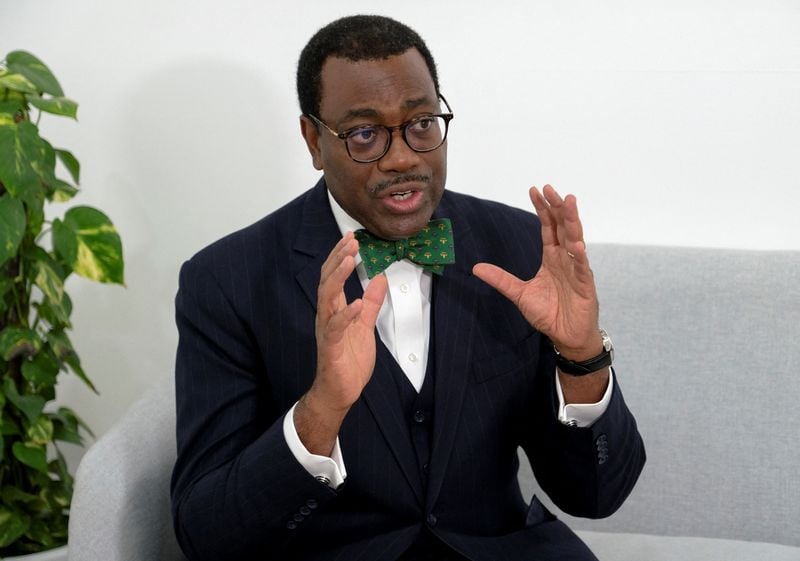 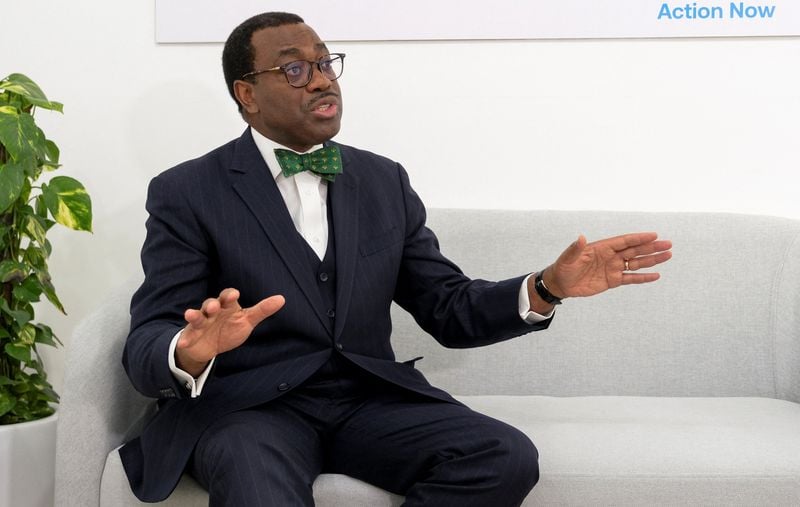