HAVANA (Reuters) – Cuba and the United States are making progress in talks aimed at curbing a migration crisis that saw a record number of Cubans arrive at the U.S. border last year, but those advances are not enough to stem the tide, Cuba’s top diplomat in the talks said on Tuesday.

Deputy Foreign Minister Carlos Fernandez de Cossio told reporters that despite steps in the right direction, the United States had yet to address the root of the problem.

“We reiterated our concern about (U.S.) measures that encourage illegal emigration,” said De Cossio, citing existing migration policies that prioritize Cubans seeking entry to the United States over those of other nationalities.

The U.S. State Department said the talks provide an “opportunity for discussions on mutual implementation of migration accords” signed between the two countries.

“The U.S. delegation highlighted areas of successful cooperation on migration, while also identifying issues that have been obstacles to fulfilling the goals of the Accords,” it said in a statement.

De Cossio said one key obstacle was the U.S. Cold War-era embargo, a web of U.S. laws and regulations that complicate business and financial transactions with Cuba.

“There is no doubt that a policy aimed at repressing the standard of living of the population constitutes a direct stimulus to migration,” he said.

Talks between the two countries resumed in April, the first such conversations on migration in four years after a long hiatus under former President Donald Trump.

By September, the administration of President Joe Biden had announced it would restaff the embassy and restart full immigrant visa processing in Havana in early 2023, a move both sides said marked a major step forward in negotiations.

Trump in 2017 slashed personnel in Havana following “anomalous health incidents” that affected employees at the U.S. and Canadian embassies, forcing Cubans to eventually fly to Guyana to apply for immigrant visas.

Few Cubans have the means to pay for such trips, leaving some to seek irregular routes and contributing to the current exodus.

Cuba has also made concessions in the talks.

The communist-run government agreed for the first time since the pandemic to accept U.S. deportation flights carrying Cubans caught at the U.S.-Mexico border, another stipulation of the migration accords.

That decision, first reported by Reuters, could send a symbolic message to individuals who typically fly to Central America and travel north to the border.

A record 220,000 Cubans were caught at the U.S.-Mexico border in fiscal year 2022, which ended on Sept. 30. The vast majority were allowed into the United States to pursue immigration cases. 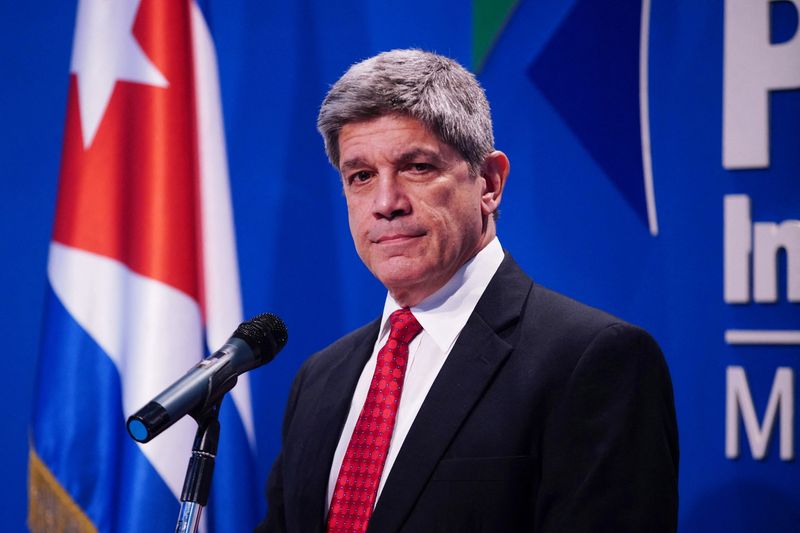