NUSA DUA, Indonesia (Reuters) -A draft declaration by leaders of the Group of 20 major economies, seen by Reuters on Tuesday, said most members condemned Russia’s war in Ukraine and stressed it was exacerbating weaknesses in the global economy.

The G20 members also voiced deep concern over the risks to global food security posed by escalating tensions, and emphasised the need for the independence of central banks to ensure they keep up efforts to curb soaring inflation, according to the draft, which was confirmed by a European diplomat.

Referring to the “national positions” of G20 members, the draft declaration said they deplored “in the strongest terms the aggression by the Russian Federation against Ukraine” and demanded “its complete and unconditional withdrawal from the territory of Ukraine”.

“Most members strongly condemned the war in Ukraine and stressed it is causing immense human suffering and exacerbating existing fragilities in the global economy,” it said, adding: “There were other views and different assessments of the situation and sanctions”.

The 16-page document had yet to be adopted by G20 members.

Russian Foreign Minister Sergei Lavrov said on Tuesday that Western countries had tried to “politicise” the joint declaration. He accused them of pushing to include a line condemning Russia’s invasion of Ukraine on behalf of all participating countries.

Wrangling over how to describe the war in Ukraine prevented G20 ministers earlier this year from issuing a joint communique.

Earlier on Tuesday, Ukrainian President Volodymyr Zelenskiy urged counterparts at the summit via video link to step up their leadership and stop Russia’s war in his country under a peace plan he has proposed.

Russia, which was represented at the summit by its foreign minister, not President Vladimir Putin, says it is conducting a “special military operation” in Ukraine to eliminate dangerous nationalists and protect Russian-speakers. Kyiv and the West call Russia’s actions an unprovoked imperialist land grab.

The summit, which host Indonesia and other countries said should focus on risks to the global economy, has been overshadowed by Russia’s invasion of Ukraine.

“Recognising that the G20 is not the forum to resolve security issues, we acknowledge that security issues can have significant consequences for the global economy,” the draft declaration said.

“Central bank independence is crucial to achieving these goals and buttressing monetary policy credibility,” it said.

Fiscal stimulus measures should be “temporary and targeted” to cushion the blow of rising commodity costs for the most vulnerable, to avoid stoking inflationary pressures, it said.

On debt problems, the draft stressed the importance of all creditors sharing a fair burden, without mentioning China, which has been criticised by Western countries for delaying efforts to mitigate the burden for some emerging economies.

The document further called for multilateral development banks (MDBs) to implement changes recommended by an independent commission in July, like lowering capital requirements, that could allow the institutions to lend hundreds of billions of dollars more to developing countries each year. It asked MDBs to deliver a status update in the spring of 2023. 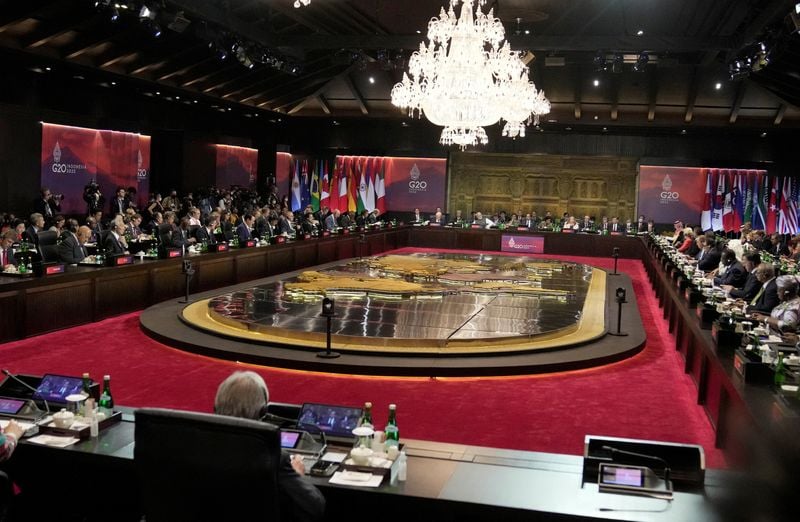