MADRID (Reuters) – A group representing part of Spain’s truck drivers said on Tuesday it was suspending an indefinite strike a day after it started.

The unofficial Platform for the Defence of Transport said it was halting the strike it had called to demand changes to road freight rules and rising prices because its members had suffered a “relentless harassment campaign” from some officials, rival unions and media outlets.

“Today, we have encountered inconceivable persecution, harassment and coercion from authorities, which were not respecting the legal right to strike,” the platform said in a statement.

A transport ministry spokesperson rejected the accusation and said the self-employed truckers did not have the right to picket or block access to supply chain centres.

“Police have only made sure that everyone who wanted to work, could do so,” the spokesperson said.

The same group had staged a truckers’ strike in March and April, which paralysed Spanish supply chains, caused food shortages, triggered a bout of inflation and hit quarterly economic growth.

But on this occasion, the strike’s impact on the economy appears to have been minimal.

Local media reported that traffic was flowing as normal on Monday at crucial supply chain hubs such as the port of Barcelona or the wholesale food markets in Madrid and Seville, the country’s fourth largest city.

Mainstream trade unions UGT and CCOO had rejected the action, describing it as “disproportionate” and “politically motivated”.

A demonstration by haulers in front of the Transport Ministry in downtown Madrid early on Monday saw about 1,500 people take part, according to police estimates.

“We want to thank the (transport) sector as a whole, which has chosen to work during the past few hours,” government spokesperson Isabel Rodriguez told reporters on Tuesday. 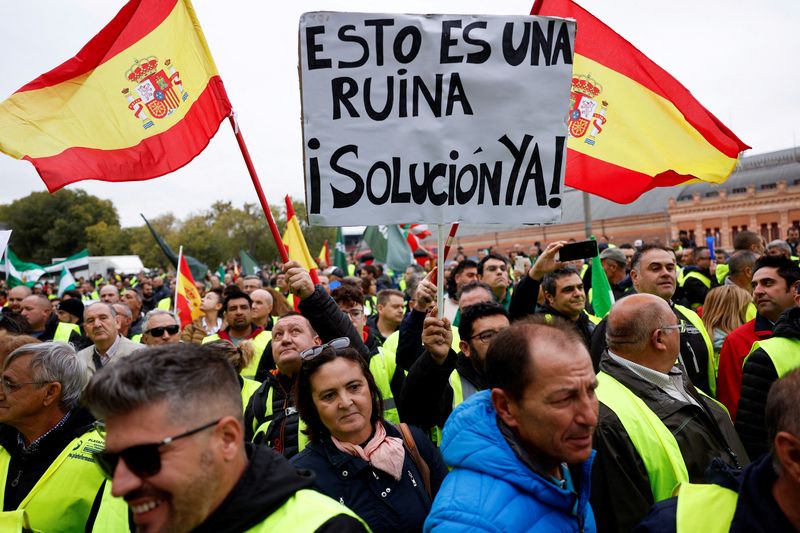