MYKOLAIV, Ukraine (Reuters) – In Mykolaiv’s blast-cratered district of Korabel, close to Ukraine’s southern front, Pavel Salohub, a teacher of history and boxing, has not heard a single explosion in four days – the first such respite from war since Russia invaded.

Friday’s recapture of the city of Kherson has shunted the frontline dozens of kilometres to the east, and with it Russian artillery, spurring hopes that almost nine months of regular shelling and strikes are ending, the 28-year-old said.

“Emotionally everyone is happier, you can feel it. It’s the first thing everyone talks about. It’s really lifted morale. In the south we’d seen very few successes, some felt a bit like we’d been forgotten,” he added.

Earlier counter-offensive advances had been around Kyiv, the north and the northeast.

Salohub and others believe the Ukrainian gains have finally killed off the Kremlin’s ambitions of capturing the southwestern cities of Mykolaiv and Odesa and sweeping all the way to Moldova where it has an outpost of troops in breakaway Transdniestria.

That would have cut Ukraine off from the Black Sea entirely, effectively leaving the former Soviet state of 44 million landlocked.

“Russia doesn’t have the personnel to cross the Dnipro River now. It’s just impossible. They won’t be able to enter Kherson for the next five or 10 years. They have failed in the south. They can forget about Mykolaiv or Odesa,” he said.

Russia no longer has forces on the right, or western, bank of Europe’s third largest river that bisects Ukraine and flows into the Black Sea, a vital conduit for Ukrainian grain exports.

At the war’s start, Russian forces made it to the outskirts of Mykolaiv, a shipbuilding city with a pre-war population of 500,000 people.

Mykolaiv is Ukraine’s second biggest port and home to several major grain terminals that have come under attack. Ukrainian officials have called for an expansion of a grain export deal to include ports in the Mykolaiv region, which provided 35% of Ukrainian food exports before the war.

NO TIME TO RELAX

Though the Russians were repelled, the Korabel district where Salohub lives emptied as heavy artillery rounds crashed in over the course of several weeks with the front line just a few dozen kilometres (miles) away.

His parents, who used to live with him, left for Germany in the exodus of people from the district.

“Now when I come out into the courtyard there are literally no young people, no women, no children. It’s just very elderly people who can barely walk,” he said.

Driving through his district, Salohub stopped to look at metres-deep craters left by S-300 missiles and gestured from the car window at a building near his home that went up in flames with those inside after being shelled.

Up the road, a worker was sweeping up smashed glass near a row of tall residential buildings hit by missiles last month.

Like other cities still reeling from Russian drone and missile strikes on infrastructure across Ukraine, Mykolaiv has no street lighting and its rows of low-rise Soviet-era brick apartment blocks are shrouded in darkness at night.

“We cannot absolutely rule out the threat, as certain parts of the region have not yet been liberated, and work is ongoing there. So it’s not possible to relax yet, although Mykolaiv residents are now able to catch a breather from time to time,” she said.

Salohub said he stayed behind for the good of the community and so that he could help other residents.

That involves everything from helping locals board up windows smashed by shelling to giving psychological support to traumatised children, although he said the war had made him depressed at times and induced panic attacks.

He also saw a silver lining in the exodus of people from his district.

“That’s why we’re often lucky to have not so many people killed and sometimes none at all. Houses are often empty … a shell falls and no one dies because no one was at home.” 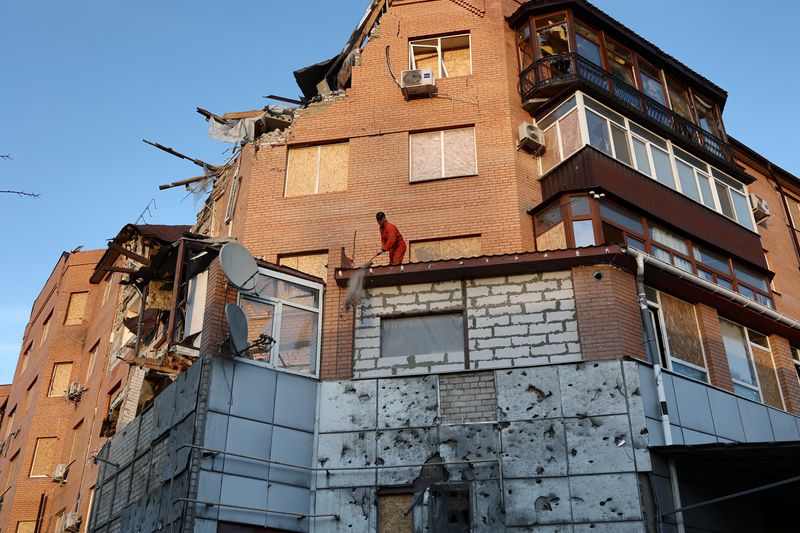 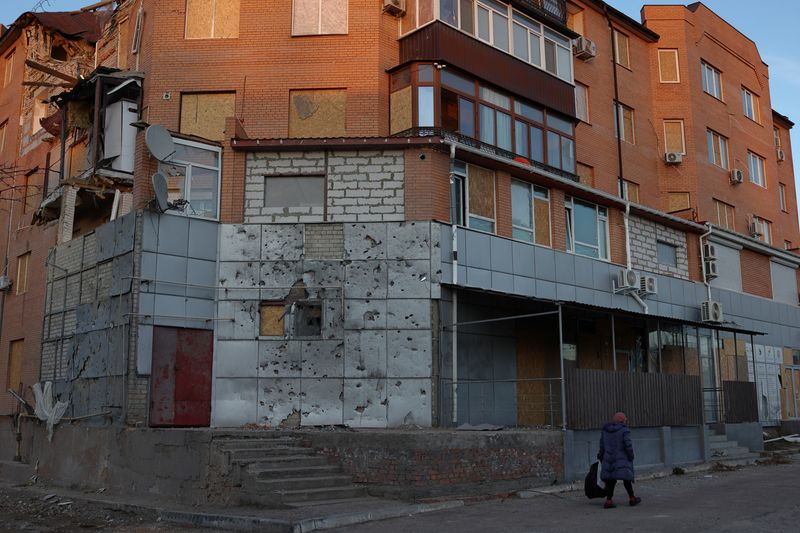 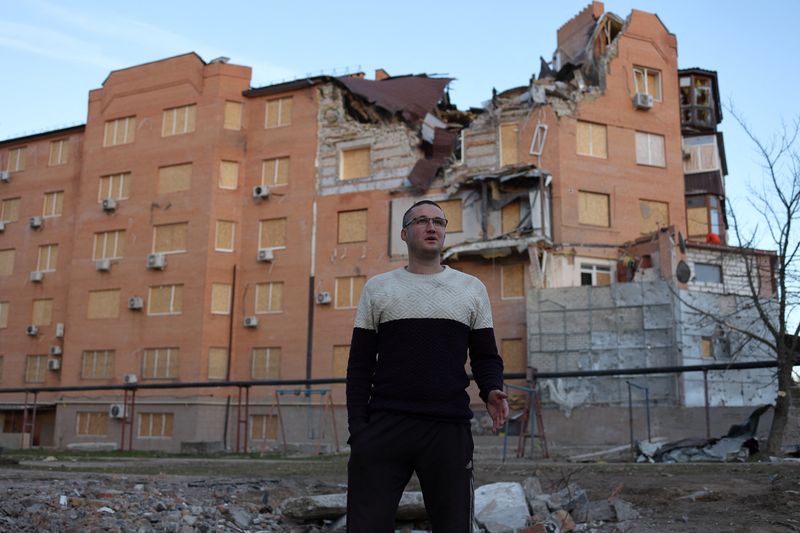 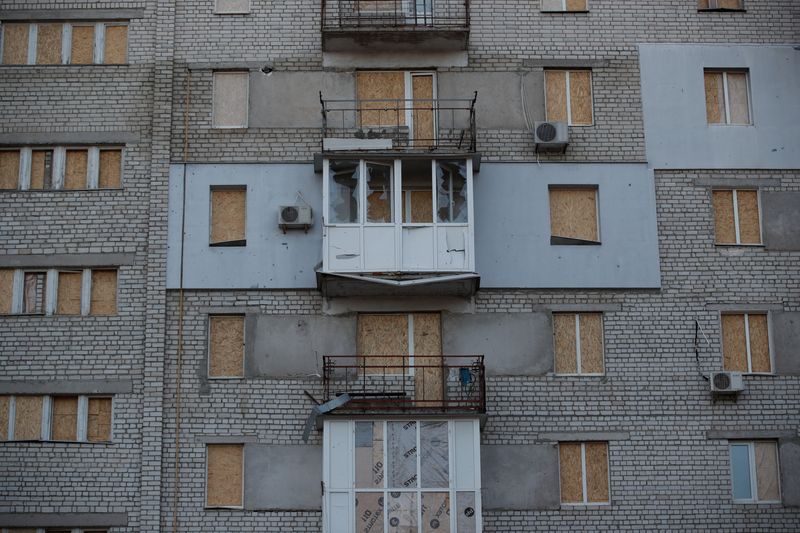