WELLINGTON (Reuters) – New Zealand’s central bank is expected to deliver its biggest ever rate point hike this week as it continues efforts to temper inflation ahead of a three-month break.

Inflation in New Zealand is sitting at 7.2%, non-tradeable inflation – or price increases for products made locally for domestic consumption – is at two decade highs, wage inflation is at a record level and inflation expectations have not eased.

“The Reserve Bank finds itself facing the real risk of an inflationary spiral,” said Michael Gordon, acting chief economist at Westpac NZ. “A much higher level of interest rates will be needed to bring inflation under control.”

A front-runner in withdrawing pandemic-era stimulus among its peers, the RBNZ has remained singularly focused on curbing inflation, lifting rates by 325 basis points since October.

With the central bank not meeting again for three months over the coming Christmas and summer holidays, if the bank is too timid it will not have an opportunity to tweak policy for some time, Gordon said.

New Zealand-based economists are more hawkish than their international counterparts, unanimously expecting the central bank to hike by 75 basis points.

Craig Ebert, senior economist at Bank of New Zealand, said locals might think this is because those abroad don’t appreciate quite the extent of core inflation pressure playing out in New Zealand.

“While that may be a fair call, it’s also worth noting the views of overseas commentators will be influenced by what they are seeing around them, which likely speaks to some of the global risks facing New Zealand,” he said.

“It all comes down to the language around the OCR (official cash rate) track and its shape,” said Kiwibank in a note. “Market traders have the peak in the OCR in May next year. We agree. From there, thoughts of rate cuts grow.” 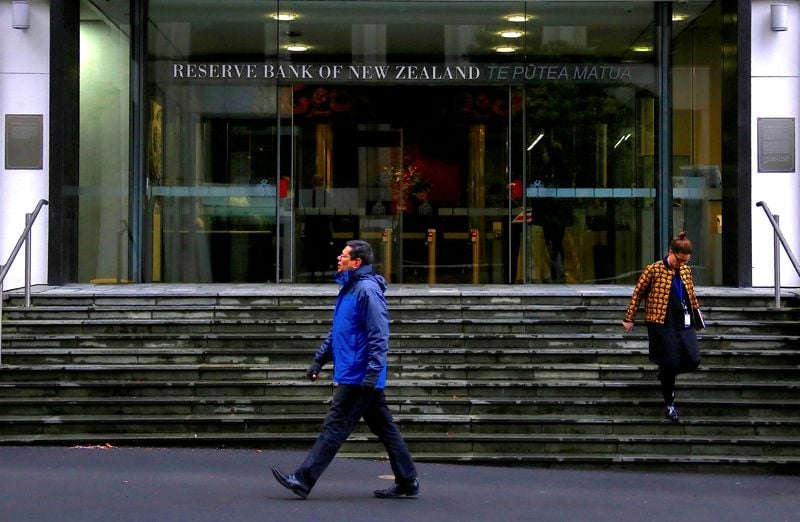