(Reuters) -Best Buy Co Inc on Tuesday forecast a smaller drop in annual sales than it had previously estimated, saying it was confident that a ramp up in deals and discounts will bring in more inflation-weary customers during the holiday season.

The retailer’s shares rose 11.6% to $79.06, after it also beat quarterly profit estimates and said it had resumed its share buyback program.

Surging prices have driven down demand for non-essential products this year, forcing Best Buy and other retailers to opt for discounts and promotions to clear stocks of products including televisions, laptops and other electronics.

Best Buy expects full-year comparable sales to fall about 10% for the year ending in January, compared with a previous forecast of a decrease of about 11%.

The company, along with other retailers such as Target Corp and Macy’s Inc, expects Americans to leave their end-of-year holiday gift shopping as late as possible as they seek the best deals.

Shopping activity will be concentrated during Black Friday week, Cyber Monday and the two weeks leading up to Dec. 25, a departure from prior years when holiday shopping had been spread across three months, Best Buy Chief Executive Officer Corie Barry said, adding that the retailer was timing discounts accordingly to better manage inventory levels.

“Best Buy may be better positioned for the holiday season than other retailers,” said Jason Benowitz, senior portfolio manager at Roosevelt Investment Group.

“We expect modest growth in consumer holiday spend this year and believe many companies hold too much inventory relative to demand, while Best Buy appears to have rightsized its holdings ahead of the season,” Benowitz added.

On an adjusted basis, the company earned $1.38 per share in the third quarter, beating analysts’ estimates of $1.03 per share, according to IBES data from Refinitiv.

(Reporting by Uday Sampath in Bengaluru; Editing by Shounak Dasgupta) 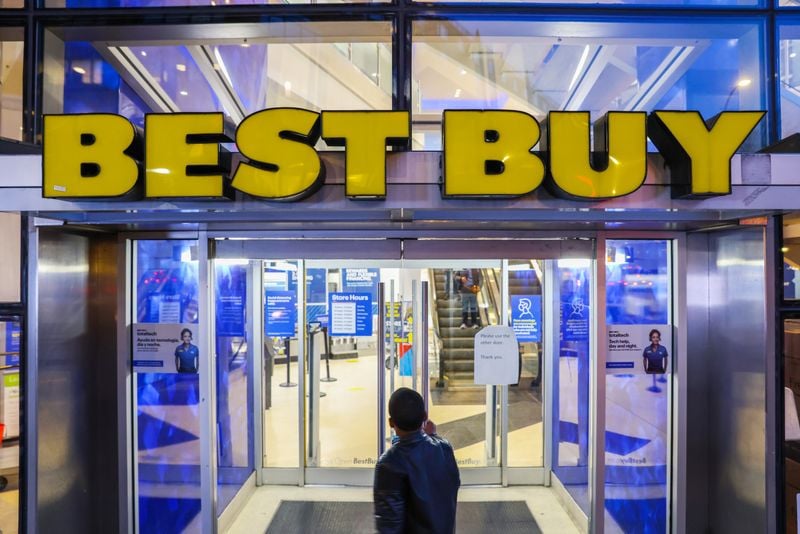