By Steve Holland and Trevor Hunnicutt

Fauci, who plans to retire soon as President Joe Biden’s top medical adviser and top U.S. infectious disease official, has dealt with the thorny questions around health crises from HIV/AIDS to avian flu and Ebola.

But it was his handling of COVID – and his blunt assessments from the White House podium that Americans needed to change their behavior in light of the pandemic – that made him a hero to public health advocates while serving under former President Donald Trump, a villain to some on the right and an unusual celebrity among bureaucratic officials used to toiling in obscurity. Fauci has regularly been subjected to death threats for his efforts.

True to form, Fauci used his final press briefing to strongly encourage Americans to get COVID vaccines and booster shots, and touted the effectiveness of masks, all of which became partisan totems in the United States.

The United States leads the world in recorded COVID-19 deaths with more than one million.

After 13 billion doses of COVID-19 vaccines given worldwide, Fauci said, there is “clearly an extensive body of information” that indicates that they are safe.

“When I see people in this country because of the divisiveness in our country … not getting vaccinated for reasons that have nothing to do with public health, but have to do because of divisiveness and ideological differences, as a physician, it pains me,” Fauci said.

White House COVID response coordinator Dr. Ashish Jha, who joined Fauci at the podium, said the administration is trying to promote physicians as sources of information about the pandemic rather than uninformed voices.

“You can decide to trust America’s physicians, or you can trust some random dude on Twitter,” said Jha.

“For journalists and for people who run platforms, what I would say is, you should be thinking about what your personal responsibility is. And do you want to be a source of misinformation and disinformation? That’s up to up to those individuals,” Jha said.

Fauci is stepping down in December after 54 years of public service. The 81-year-old has headed the U.S. National Institute of Allergy and Infectious Diseases, part of the National Institutes of Health, since 1984.

The veteran immunologist has served as an adviser to seven U.S. presidents beginning with Republican Ronald Reagan. He made his first appearance at the White House press briefing in 2001, according to the broadcaster C-SPAN.

In the first months of the pandemic in 2020, Fauci helped lead scientific efforts to develop and test COVID-19 vaccines in record time.

He became a popular and trusted figure among many Americans as the United States faced lockdowns and rising numbers of COVID-19 deaths, even inspiring the sale of cookies and bobblehead dolls featuring his likeness.

However, Fauci drew the ire of Trump and many Republicans for cautioning against reopening the U.S. economy too quickly and risking increased infections, and for opposing the use of unproven or ineffective treatments such as the malaria drug hydroxychloroquine promoted by some on the right.

Democrats accused Trump of presiding over a disjointed response to the pandemic and of disregarding advice from public health experts including Fauci. Trump in October 2020, weeks before his re-election loss, called Fauci “a disaster” and complained that Americans were tired of hearing about the pandemic.

Republican lawmakers including fierce critic Senator Rand Paul, with whom Fauci tangled during Senate hearings, have vowed to investigate him.

On Tuesday, Fauci said he “will absolutely cooperate fully” in any congressional oversight hearings launched by Republicans next year, when they take control of the House of Representatives following November’s elections. 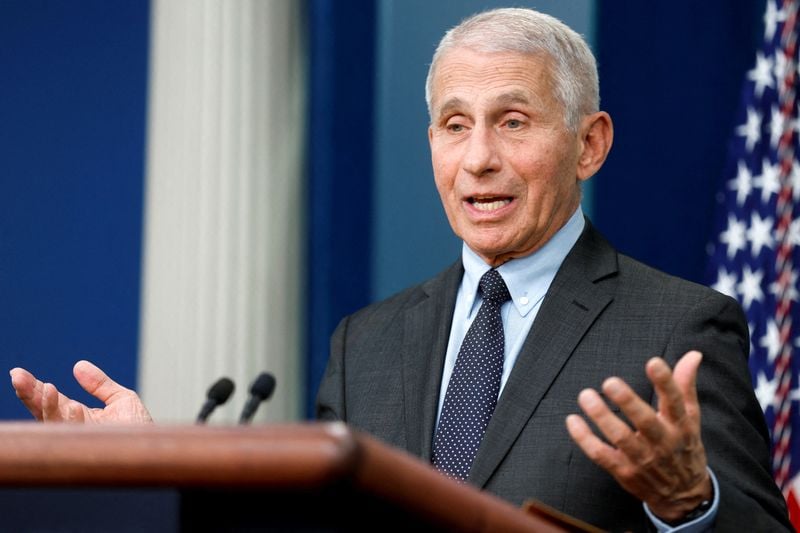 Spotify back up after second outage in two weeks

Spotify back up after second outage in two weeks