By Johan Purnomo and Stefanno Sulaiman

CIANJUR, Indonesia (Reuters) -An earthquake that struck Indonesia’s West Java killed at least 268 people, many of them children, with 151 still missing, disaster relief officials said on Tuesday, as rescuers searched the rubble of destroyed buildings for survivors.

The shallow 5.6-magnitude quake struck in Indonesia’s most populous province on Monday afternoon, causing significant damage to the town of Cianjur, about 75 km (45 miles) southeast of the capital, Jakarta, and burying at least one village under a landslide.

“The challenge is the affected area is spread out… On top of that, the roads in these villages are damaged,” Alfiandi told reporters.

Many of the victims were children who had been at school at the time the quake hit, he said.

While strong earthquakes of magnitude 6 or 7 are relatively common in Indonesia, often off-shore where fault lines run, Monday’s quake of a lower magnitude had such deadly consequences because it struck on land at a relatively shallow depth.

Officials said many of the dead were killed when poorly constructed buildings collapsed, with the president calling for reconstruction efforts to include earthquake-proof housing.

“My instruction is to prioritise evacuating victims that are still trapped under rubble,” he said.

Survivors had gathered overnight in a Cianjur hospital parking lot. Some of the injured were treated in tents, others were hooked up to intravenous drips on the pavement as medical workers stitched up patients under torch light.

“Everything collapsed beneath me and I was crushed beneath this child,” Cucu, a 48-year-old resident, told Reuters.

“Two of my kids survived, I dug them up … Two others I brought here, and one is still missing,” she said through tears.

“Many bodies are lying in the hospital grounds, it’s very crowded,” said her relative, Hesti.

In one area, some victims held cardboard signs asking for food and shelter, with emergency supplies seemingly yet to reach them.

Disaster officials said they would focus their efforts on one of the worst hit areas of Cugenang, an area that was struck by a landslide triggered by the quake.

“At least six of my relatives are still unaccounted for, three adults and three children,” said Zainuddin, a resident of Cugenang, told Reuters.

“If it was just an earthquake, only the houses would collapse, but this is worse because of the landslide. In this residential area there were eight houses, all of the which were buried and swept away.”

National police chief Listyo Sigit Prabowo said more than 1,000 police had been deployed to assist in the recovery.

Rescue efforts were complicated by electricity outages in some areas and 145 aftershocks, with officials warning more landslides could follow in coming weeks.

“It’s the rainy season in West Java, the peak is in December,” Dwikorita Karnawati, head of the weather and geophysics agency, told reporters. “So we must anticipate any disaster that might follow, such as landslides.”

Straddling the so-called Ring of Fire, a highly seismically active zone where different plates on the earth’s crust meet, Indonesia has a history of devastating earthquakes.

In 2004, a 9.1 magnitude quake off Sumatra island in northern Indonesia triggered a tsunami that struck 14 countries, killing 226,000 people. 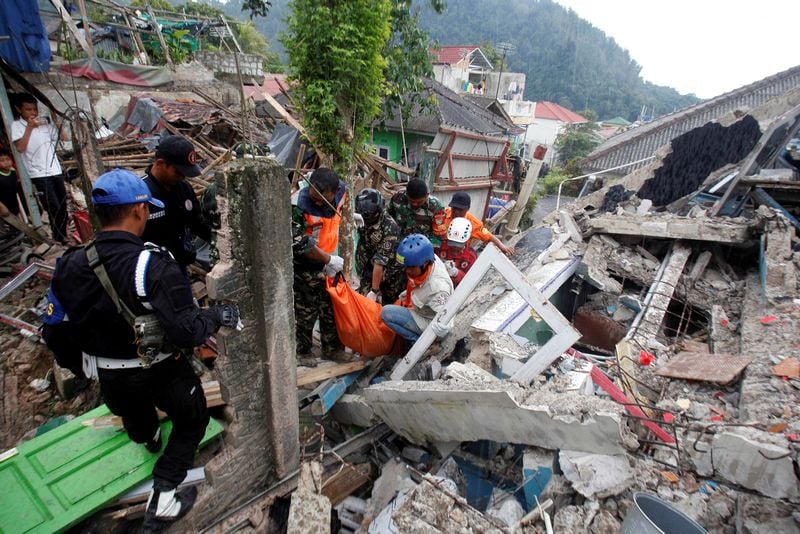 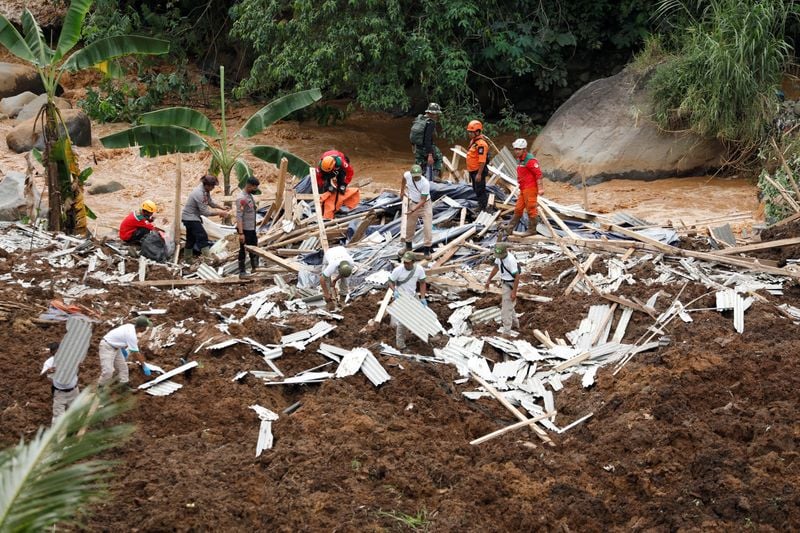 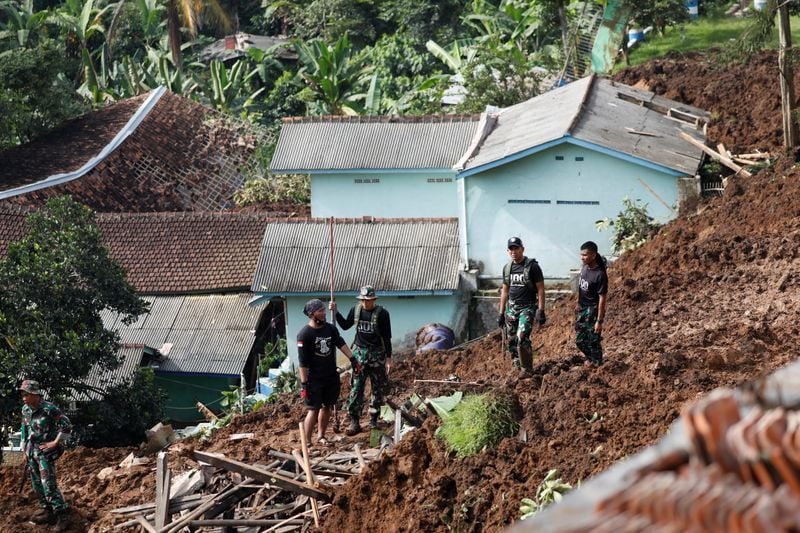 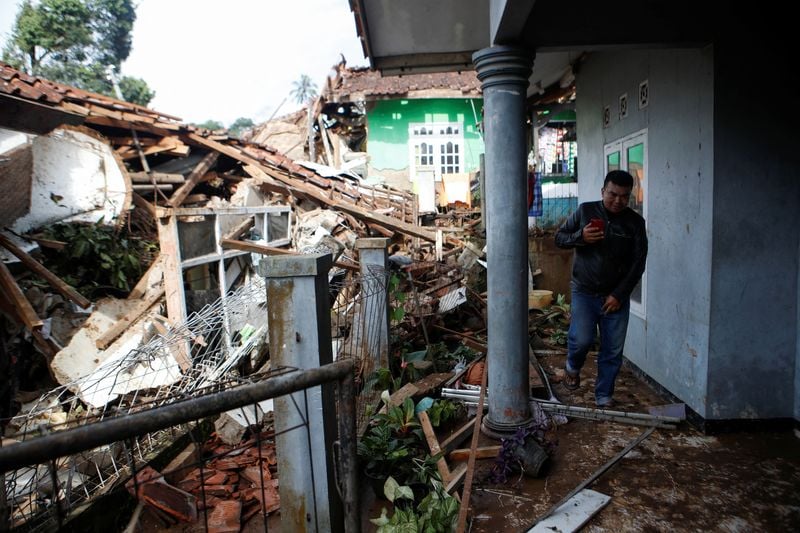 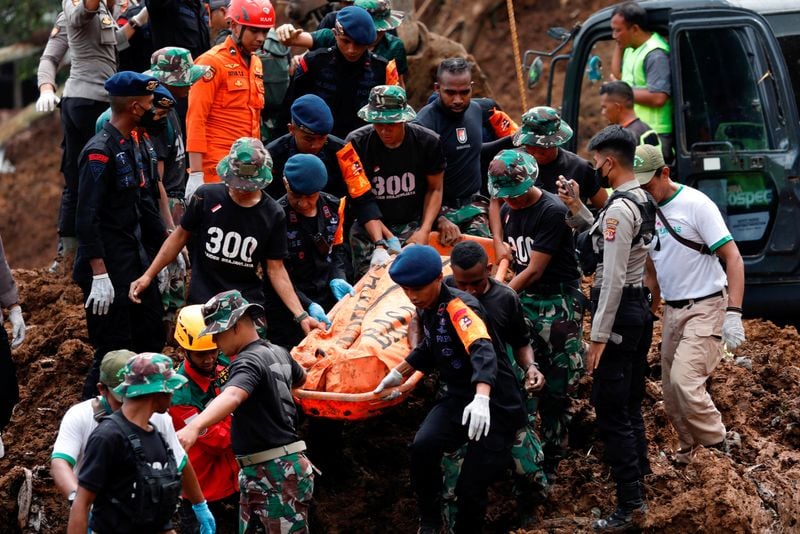