Charles, 74, rolled out the traditional pomp and ceremony as Britain sought to bolster its relations with its biggest trading partner in Africa.

“South Africa, like the Commonwealth, has always been a part of my life. My mother often recalled her visit in 1947, the year before I was born, when, from Cape Town on Her 21st birthday, she pledged her life to the service of the people of the Commonwealth,” Charles said in a speech at the banquet held in the president’s honour

“It is therefore particularly moving and special that you are our guest on this, the first State Visit we have hosted.” he added.

Addressing lawmakers in parliament, Ramaphosa lauded the two nations’ close ties, forged in the wake of a difficult legacy of colonialism and apartheid.

He later said he had discussed over lunch at Buckingham Palace “initiatives that can be embarked upon by the Commonwealth under the leadership of his majesty the king”.

Ramaphosa said he would raise the idea of allowing more South African students to study in Britain when he meets Prime Minister Rishi Sunak on Wednesday, and added that the restructuring of South Africa’s energy market to battle power shortages could provide opportunities for British companies.

“By pursuing these and other avenues for cooperation, I believe that we will define the relationship between South Africa and the United Kingdom in new and exciting ways,” Ramaphosa said.

Britain hopes the visit, which had been planned before the death of Queen Elizabeth in September, will strengthen trade and investment ties between the two nations, and show the importance of links with the Commonwealth of Nations, the international organisation that Charles now heads.

“This is a reinforcement of the strong bilateral relationship that we have with South Africa, a real opportunity to build on that close working relationship and discuss some of the issues that affect us all,” British foreign minister James Cleverly told Reuters.

Ramaphosa was officially greeted by Charles’ eldest son and heir Prince William and his wife Kate at a central London hotel to mark the start of his two-day trip, the first state visit to the UK by a world leader since that of then-U.S. President Donald Trump and his wife Melania in 2019.

The last state visit to Britain by a South African leader was made by President Jacob Zuma in 2010.

Gun salutes and a ceremonial welcome from the king and his wife Camilla, the queen consort, followed before a grand carriage procession along The Mall to Buckingham Palace, where the banquet is held.

Ramaphosa was scheduled to visit Westminster Abbey to lay a wreath at the Tomb of the Unknown Warrior and see the memorial stone for former South African President Nelson Mandela.

“The late Queen had the great pleasure of hosting Presidents Mandela, Mbeki and Zuma for State Visits to the United Kingdom, at all of which I was present,” Charles said, adding that she had expressed her admiration to the country.

Ramaphosa said Britain had stood with South Africa to help free Mandela and end apartheid, and he now urged Britain to support the calls of lower income countries for a reformed global institutional order and climate justice.

“Let us rekindle the moral purpose of the global fight against apartheid to confront the discrimination, inequality and injustice that divides humanity and that stifles the progress of all,” he said. 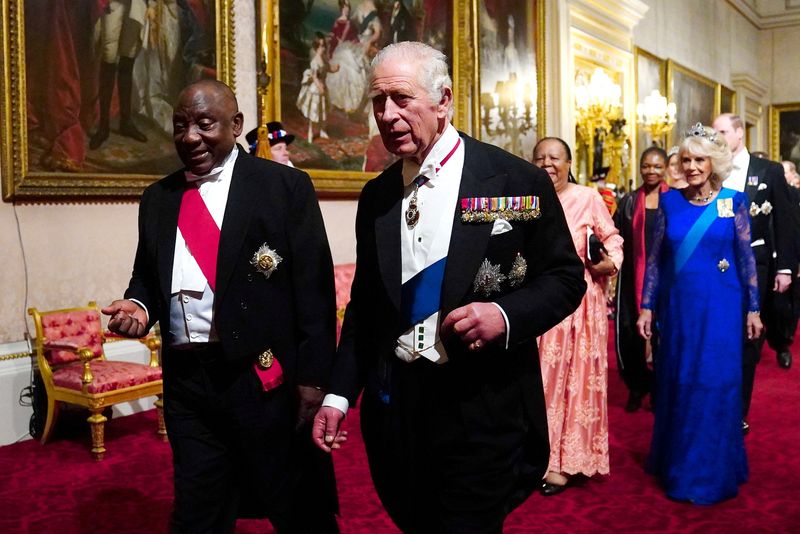 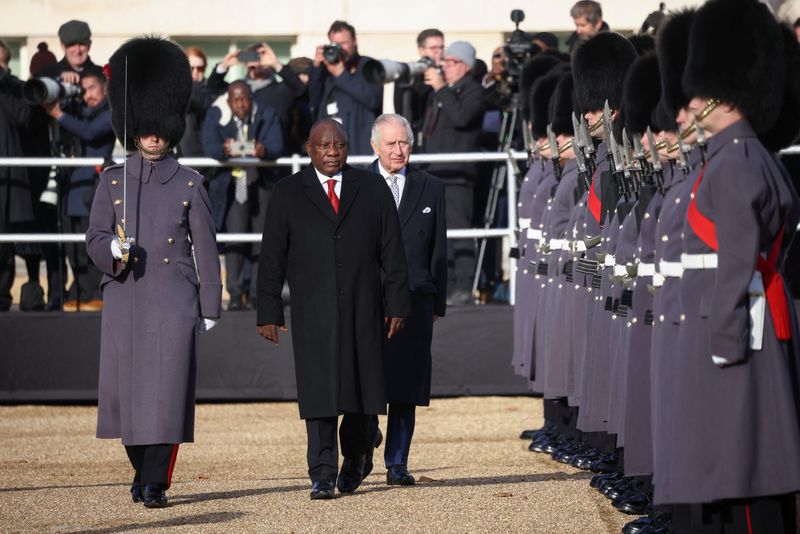 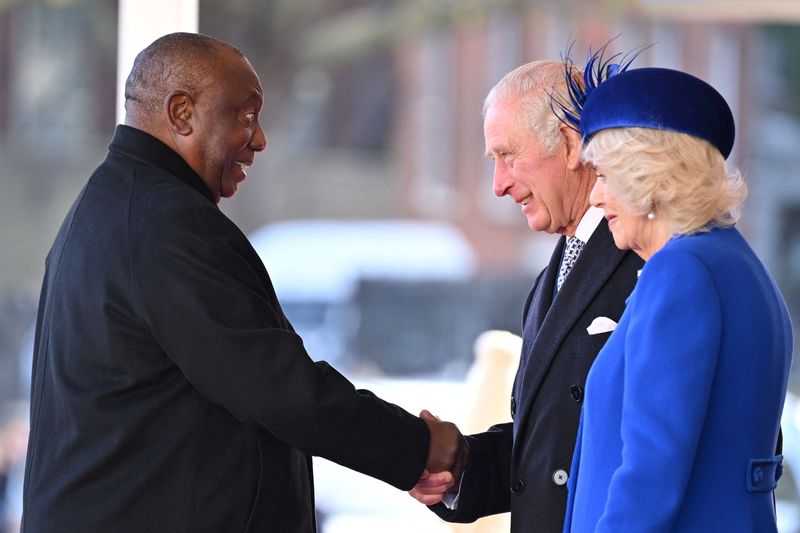 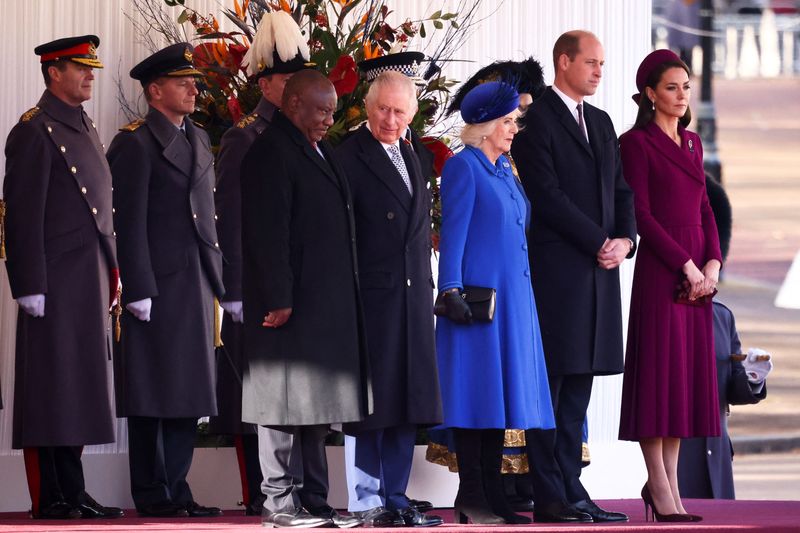 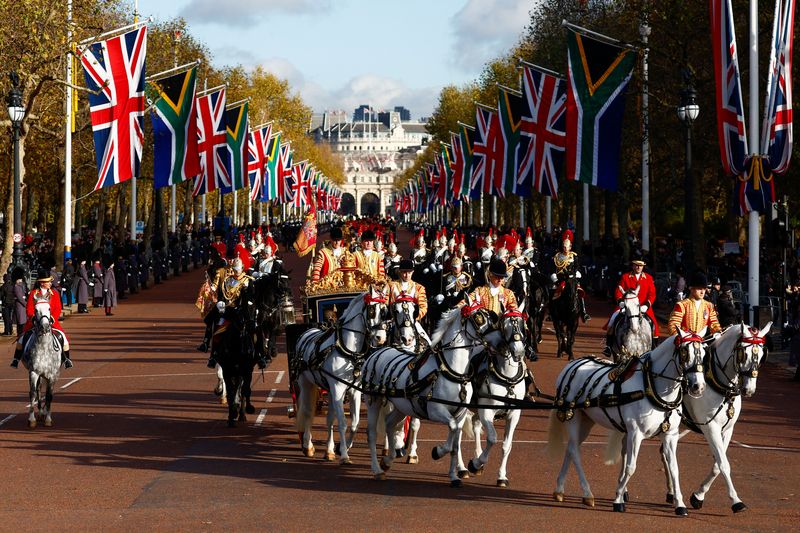