By Karen Freifeld and Jonathan Stempel

NEW YORK (Reuters) – A New York judge has scheduled an October 2023 trial for former U.S. President Donald Trump, three of his adult children and the Trump Organization in a lawsuit brought by New York Attorney General Letitia James accusing them of fraudulently overvaluing the real estate company’s assets and Trump’s net worth.

Justice Arthur Engoron of the state Supreme Court in Manhattan set the trial date during a contentious hearing on Tuesday following motions by the Trumps the night before to have the civil lawsuit dismissed.

“I ruled on all these issues. It seems to me the facts are the same. The law is the same. Parties are the same,” Engoron told Alina Habba, Trump’s lawyer. “You can’t keep making the same argument after you’ve already lost.”

Habba had accused the judge of bias. Trump, a Republican, has accused James, a Democrat, of suing him because she dislikes him and his politics.

In her lawsuit filed on Sept. 21, James accused Trump, his company, his children Donald Jr, Eric and Ivanka and others of inflating Trump’s assets by billions of dollars in a decade of lies to banks and insurers. James called the fraud “staggering.”

The complaint seeks $250 million in damages. It also seeks to stop the Trumps from running businesses in the state and ban Trump and his company from acquiring New York real estate for five years.

Engoron is expected to rule on the motions to dismiss by early January. Trump is already appealing Engoron’s order requiring an independent watchdog to monitor his company.

The trial, scheduled for Oct. 2, 2023, and other legal issues could complicate Trump’s campaign, announced last week, for the presidency in 2024.

The Trump Organization is now on trial in another Manhattan courtroom on criminal tax fraud charges.

In addition, U.S. Attorney General Merrick Garland last week named a special counsel to oversee two criminal investigations, one related to the FBI’s seizure of government documents from Trump’s Florida home and the other examining Trump’s role in efforts to overturn the 2020 presidential election.

Trump also faces a criminal investigation in Georgia into whether he interfered with the 2020 election results in that state.

He has called these cases and investigations politically motivated, and has labeled Engoron a “puppet judge” for James.

In seeking to dismiss the case filed by James, Trump maintained that the attorney general lacked authority to pursue a lawsuit designed to “get” him when neither the public nor the marketplace was harmed.

“Who stands to gain from this highly-politicized farse [sic], aside from the politically-compromised Attorney General of the State of New York?” Trump’s filing said.

Lawyers for Trump’s sons called the lawsuit a “textbook example of throwing everything at the wall to see what sticks.” Ivanka Trump’s lawyers said there were no allegations that she lied to or defrauded anyone.

The Trump Organization’s former longtime Chief Financial Officer Allen Weisselberg and its Controller Jeffrey McConney also sought dismissals of claims against them. Both testified as prosecution witnesses in the Manhattan criminal trial in which prosecutors accused the company of engaging in tax fraud spanning 15 years.

(Reporting by Karen Freifeld and Jonathan Stempel in New York; Editing by Will Dunham) 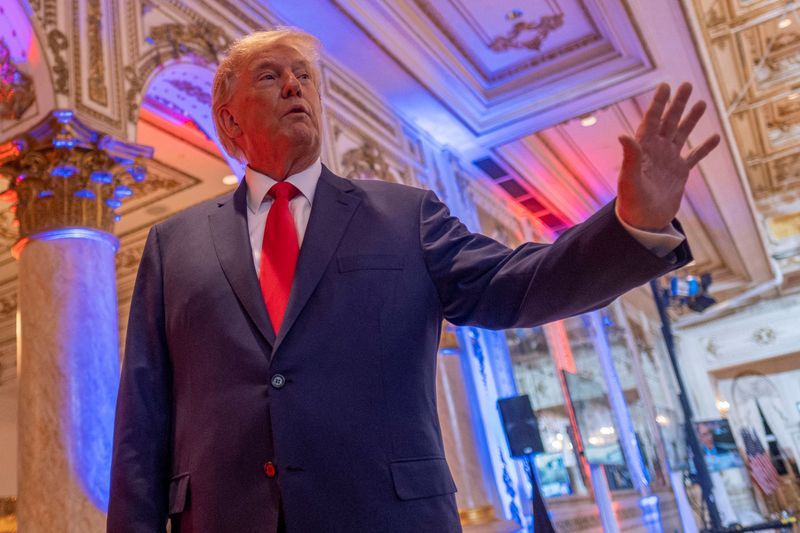