Here is a look at the defendants and the charges they face.

Rhodes, 57, of Granbury, Texas, is a former U.S. Army paratrooper turned Yale University-educated lawyer. He is the founder and leader of the Oath Keepers, which U.S. officials have described as an anti-government group. Rhodes says it is a nonpartisan group whose members, including current and former military, police and emergency services personnel, have pledged to uphold the Constitution.

Rhodes and his co-defendants are accused of conspiring to stop the peaceful transfer of presidential power in a failed bid to block Congress from certifying Biden’s victory over Trump in the 2020 election. Rhodes and the other defendants face the rarely prosecuted charge of seditious conspiracy, a felony carrying a maximum sentence of 20 years in prison and defined as attempting “to overthrow, put down or to destroy by force the government of the United States.”

He and the other defendants also face charges that include obstruction of an official proceeding and tampering with documents. Rhodes and the others have pleaded not guilty.

According to the indictment, Rhodes began encouraging his Oath Keepers followers in November 2020 to “oppose by force the lawful transfer of presidential power.” Trump has made false claims that the election was stolen from him through widespread voting fraud.

Rhodes set up a chat on the encrypted messaging app Signal in which members planned to go to the Capitol on Jan. 6, 2021, when Congress was scheduled to certify Biden’s victory, according to the indictment. Rhodes spent thousands of dollars on firearms and related equipment before and after Jan. 6, the indictment stated.

He entered restricted Capitol grounds on Jan. 6, directed Oath Keepers members by text and telephone on what positions to take up around the building, and continued plotting with co-conspirators after the attack, according to the indictment.

Testifying in his defense, Rhodes said he never ordered members of the group to storm the Capitol and thought it was “stupid” that some tried to enter the building.

Caldwell, 68, of Berryville, Virginia, helped coordinate “quick reaction force” teams, which were ready to rapidly transport weapons into Washington from outside the city to support operations around the Capitol, according to the indictment.

The indictment said Caldwell, a retired U.S. Navy lieutenant commander who once worked for the FBI, took a reconnaissance trip into Washington in November 2020, chose a hotel in suburban Arlington, Virginia, as the quick reaction force’s base of operations, and mapped routes to the Capitol from the hotel.

During the Jan. 6 attack, Caldwell joined with others in pushing past barricades and climbing stairs to a balcony in a restricted area on the west side of the Capitol building, according to the indictment.

Caldwell has denied he was a member of the Oath Keepers, but prosecutors have said he has strong ties to the group.

Meggs, 53, of Dunnellon, Florida, was the head of the Florida chapter of the Oath Keepers and led a first group of members into the Capitol on Jan. 6, according to the indictment.

Meggs and other Oath Keepers members, many wearing paramilitary clothing, marched in an organized military fashion up the east steps of the Capitol and stormed through a heavy set of doors into the building alongside a mob, the indictment said.

Harrelson, 41, of Titusville, Florida, helped Meggs organize the Florida Oath Keepers and was part of the militia group that stormed into the Capitol building, according to the indictment.

These members pushed forward as part of a mob that “assaulted law enforcement officers guarding the doors, threw objects and sprayed chemicals toward the officers and the doors, and pulled violently on the doors,” the indictment said. Harrelson and others later moved toward the House of Representatives chamber in search of Speaker Nancy Pelosi, the top Democrat in Congress, but did not find her, it said.

Watkins, 40, of Woodstock, Ohio, led the Ohio team of Oath Keepers at the Capitol on Jan. 6, according to the indictment. The Afghanistan war veteran charged into the building with other members and commanded those around her to push against a line of officers guarding the hallway to the Senate chamber, before retreating when officers used a chemical spray, the indictment says.

In testimony during the trial, Watkins admitted to some of the crimes she is charged with but denied having plans to storm the building.

Meggs, Harrelson and Watkins also face charges of destruction of government property due to damage done at the Capitol.

Her attorney told the jury that Watkins, a transgender woman, has always struggled to fit in and her actions that day are a reflection of that. 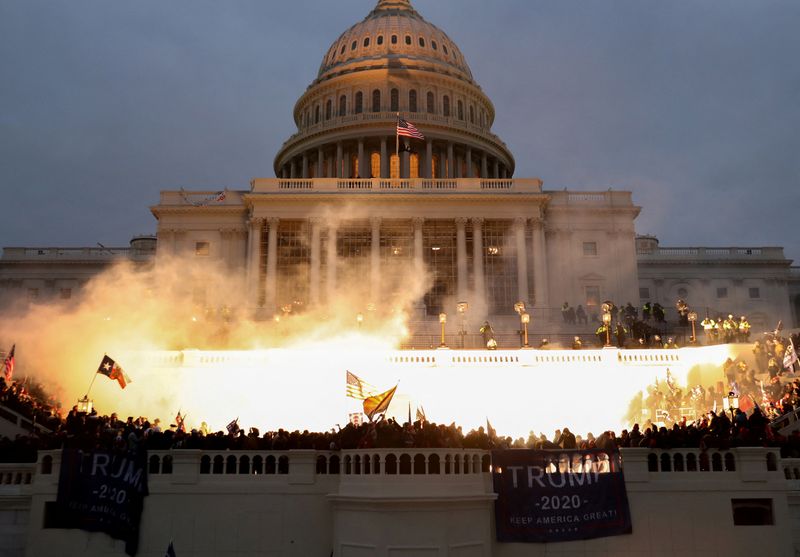 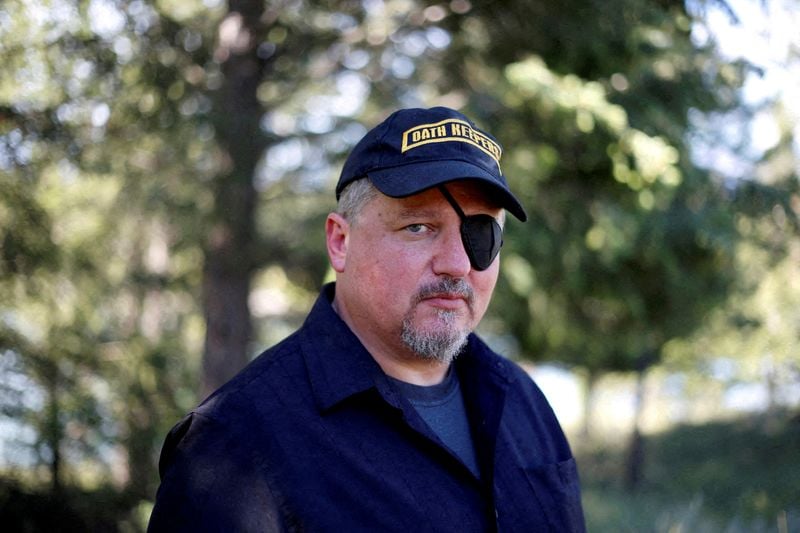 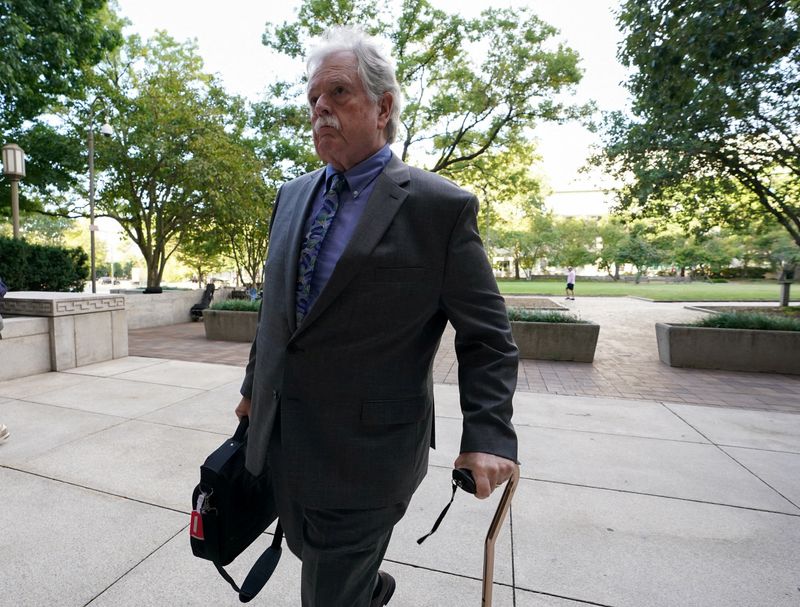