By Matt Spetalnick and Laura Sanicola

WASHINGTON (Reuters) -A New York Times report of a former anti-abortion leader’s claim that he was told in advance about the outcome of a major 2014 U.S. Supreme Court case involving contraceptives triggered calls on Saturday for an investigation of a court still reeling from the leak of a landmark abortion rights ruling.

Rev. Rob Schenck was quoted by The Times as saying he was informed weeks before the public announcement of the 2014 ruling shortly after two conservative allies had dinner at the home of Supreme Court Justice Samuel Alito and his wife.

Alito wrote that majority opinion as well as a recent one overturning the Roe v. Wade decision that had legalized abortion nationwide, both of which were victories for the religious right.

Schenck, who used to lead an evangelical nonprofit in Washington, said in a letter to Chief Justice John Roberts and in interviews with The Times that he was informed ahead of time about the ruling of Burwell v. Hobby Lobby, a case involving contraception and religious rights, the newspaper said.

Schenck used his knowledge of the ruling to prepare a public relations campaign and he also tipped off the president of the Christian evangelical-run craft store chain Hobby Lobby that he would win the case, according to The Times.

Alito said in a statement that any allegation that he or his wife leaked the 2014 decision was “completely false.”

Neither Schenck nor Chief Justice Roberts immediately responded to requests for comment.

Senator Dick Durbin, a Democrat and head of the Senate Judiciary Committee, said in a written statement that the committee is reviewing the allegations. He urged passage of legislation pending in Congress that would create a code of ethics for the Supreme Court. Justices on the top court currently are not required to follow a binding code of ethics for judges in lower federal courts, which Durbin called “unacceptable.”

U.S. Representative Mondaire Jones, a Democrat from New York, wrote on Twitter: “Today’s well-sourced NY Times article strongly suggests Justice Alito leaked the 2014 opinion in Hobby Lobby, and describes a conspiracy by the far-right donor class to influence the Supreme Court Justices. The House Judiciary Committee must investigate this while we still can.”

Brian Fallon, executive director of the progressive judicial group Demand Justice, said The Times’ report was “the latest proof that the Republican justices on the Court are little more than politicians in robes.”

Related News:   What we know and don't know about the Chinese balloon

“The first step to recovery is to admit you have a problem. At SCOTUS, the problems run deep,” Democratic U.S. Senator Sheldon Whitehouse of Rhode Island wrote on Twitter.

A draft of the majority opinion to overturn Roe, reversing five decades of abortion rights, was leaked in May, spurring scrutiny of the court’s procedures at a time when critics were accusing its conservative majority of politicization. Polls show that the court’s public approval has reached record lows.

Alito had called the Roe leak, which was confirmed when the ruling was announced in June, a “grave betrayal.”

Schenck was quoted by The Times as saying he had worked for years to gain access to the court and that in early June 2014 two of his star donors, Ohio couple Donald and Gayle Wright, ate a meal with Justice Alito and his wife, Martha-Ann.

Schenck said one of the Wrights then told him that Alito had authored the Hobby Lobby opinion and that it would be in its favor, The Times said. The decision announced three weeks later held that requiring family-owned businesses to pay for insurance covering contraception violated their religious freedoms.

In his statement, Alito said: “The allegation that the Wrights were told the outcome of the decision in the Hobby Lobby case, or the authorship of the opinion of the Court, by me or my wife is completely false.”

“My wife and I became acquainted with the Wrights some years ago because of their strong support for the Supreme Court Historical Society, and since then, we have had a casual and purely social relationship,” Alito’s statement said.

“I never detected any effort on the part of the Wrights to obtain confidential information or to influence anything that I did in either an official or private capacity, and I would have strongly objected if they had done so.”

Gayle Wright, in a phone interview, denied obtaining or passing along any such information, The Times reported. 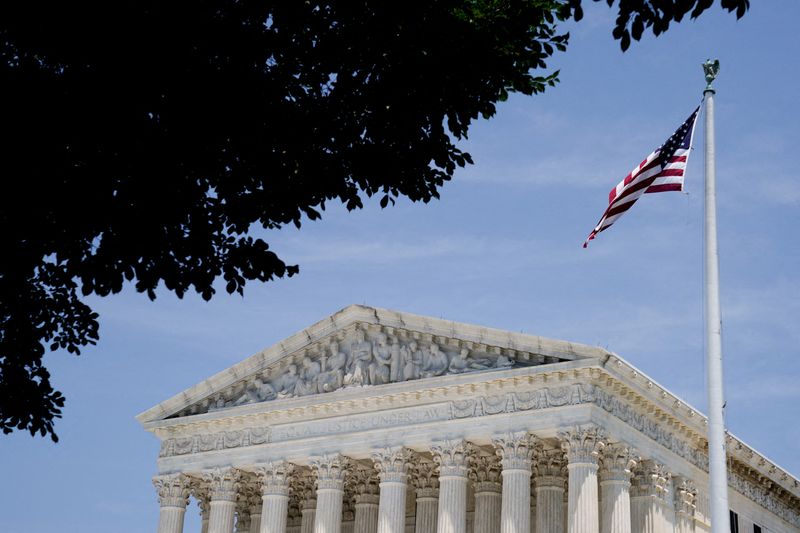