BRUSSELS (Reuters) -The European Commission is likely to approve next week Hungary’s post-pandemic recovery plan to keep open the possibility of EU disbursements later, but hold back any payouts until Budapest fulfils all agreed conditions, sources at the EU executive said.

Under the EU recovery scheme, Hungary could get 5.8 billion euros ($6.02 billion) in grants to spend on making the economy greener and more digital – cash Budapest badly needs amid surging inflation, slowing growth and rocketing borrowing costs.

Separately, the Commission is also likely to recommend next week that EU governments suspend 65% of transfers from the EU budget to Hungary, or some 7.5 billion euros, until many of the same conditions as for the recovery fund cash, mainly pertaining to the independence of the judiciary, are met, the sources said.

Top Hungarian officials said they were confident EU money would start flowing to Hungary next year because the government was committed to meeting all EU requirements, including the one on judiciary, by March 31.

Prime Minister Viktor Orban’s chief of staff Gergely Gulyas told a briefing he expected Budapest to get 7 billion euros from the EU in 2023, of which more than half would be from funds from the last EU budget for 2014-2020 that are not being suspended.

The rest would be roughly equally split between payouts from the EU recovery fund and new EU budget money that Gulyas expected to be unfrozen after the conditions are met.

The Commission’s move next week to withhold for now the total of 13.3 billion euros comes after months of negotiations with Orban’s government over EU concerns about high level corruption, the independence of courts, non-governmental institutions and media, as well as rights of minorities.

The European Commission sources declined to be named due to the sensitivity of the issue. Under a deal with the Commission, Hungary was to take action on some of these key concerns by Nov. 19, but officials said that a preliminary assessment showed the steps were insufficient.

To make sure the Commission does not change its mind before next week, the European Parliament called on the Commission on Thursday by an overwhelming majority to retain its firm stand on meeting the rule of law requirements by Hungary.

“EU money to Hungary must be frozen until the government rebuilds the structures of a functioning democratic state,” German MEP Daniel Freund said in a statement. “Money is the only language Orban understands. We call on the Commission and Council to hold the line in the defence of the rule of law.”

Dealing with Hungary’s plan to spend the 5.8 billion euros in grants from the EU recovery fund and freezing the 7.5 billion euros for Budapest from the EU’s so-called cohesion funds are two separate legal processes. However, they share a common set of conditions that Hungary must meet to get the cash released.

The EU’s approval of Budapest’s recovery plan is a way to keep open the option of disbursements and therefore pressure on the Orban government to meet the numerous conditions.

Without the approval in 2022, 70% of the recovery fund grants would have been irrevocably lost.

Also the cohesion funds — cash EU countries get to equalise the standards of living across the 27-nation bloc — can be unblocked once Hungary addresses the EU’s concerns. 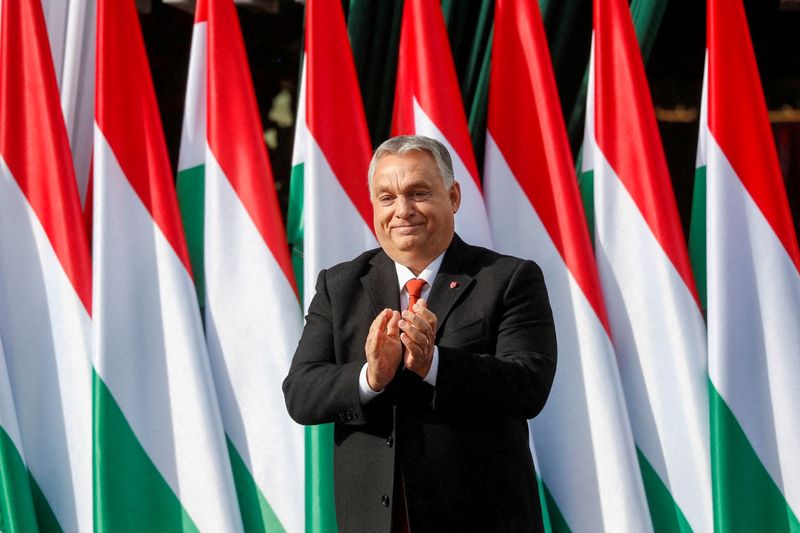