(Reuters) – In a rare public spat involving Ukrainian leaders, President Volodymyr Zelenskiy on Friday criticised the mayor of Kyiv for doing what he said was a poor job setting up emergency shelters to help those without power and heat after Russian attacks.

In the wake of crushing Russian missile strikes against the power-generating system, Ukraine has established thousands of so-called “invincibility centres” where people can access heat, water, internet and mobile phone links.

In an evening address, Zelenskiy indicated that Kyiv Mayor Vitali Klitschko and his officials had not done enough to help.

“Unfortunately, local authorities have not performed well in all cities. In particular, there are a lot of complaints in Kyiv … To put it mildly, more work is needed,” he said, saying the level of services available in many Kyiv centres was not good enough.

“Please pay attention – the people of Kyiv need more support … a lot of (them) have been without power for 20 or even 30 hours. We expect quality work from the mayor’s office.”

Zelenskiy also criticised those who he said had lied in their official reports, but did not give details. More than 4,000 centres have been set up so far.

The remarks were unusual since Zelenskiy has sought to cultivate an image of national unity during the war and usually showers officials with praise.

Klitschko, a 51-year-old former professional boxer, was elected mayor of Kyiv in 2014. There was no immediate reaction from his office. 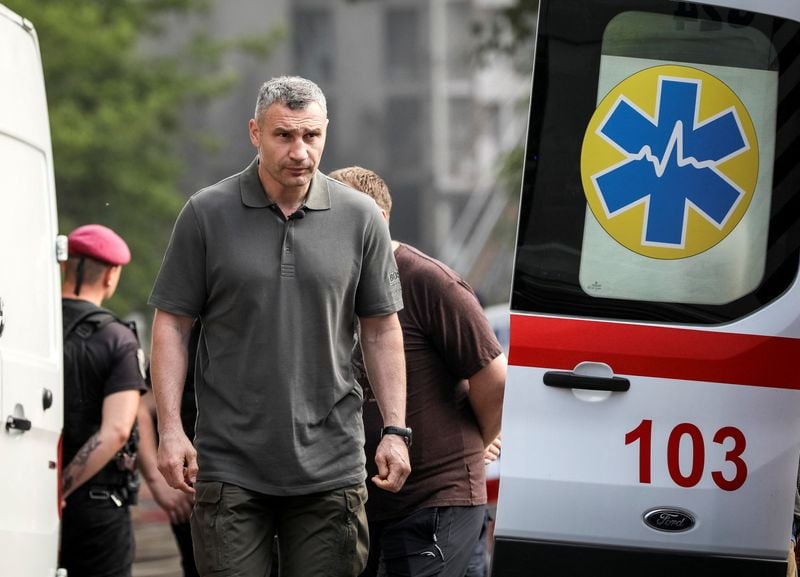