The quarterly growth, Mexico’s third in a row, came in slightly below economists’ expectations, which stood at 1.0% in a Reuters poll – the same level INEGI preliminary data showed late last month.

Repeating a trend from the previous quarter, Latin America’s second-largest economy posted across-the-board growth in the period, with primary, secondary and tertiary sectors expanding 2%, 0.6% and 1.1%, respectively.

The economic expansion comes even as the Bank of Mexico pursues an aggressive tightening cycle to rein in stubbornly high inflation which has taken interest rates to a record 10% this year.

“The economy has remained resilient so far this year, which will give sufficient ammunition to Banxico to keep tightening in the near term,” said Andres Abadia, chief Latin America economist at Pantheon Macroeconomics.

“But risks for the Mexican economy during 2023 remain massively tilted to the downside.”

Fitch Ratings said this month it expected Mexico’s gross domestic product to grow 2.5% in real terms in 2022 and 1.4% next year, while the International Monetary Fund (IMF) forecast an expansion of 2.1% this year and 1.2% in 2023.

In annual terms, INEGI said the country’s economy expanded 4.3% in the third quarter compared to a year earlier, beating expectations of 4.1% growth from economists polled by Reuters.

In a regular news conference Friday, Mexican President Andres Manuel Lopez Obrador said he expects national GDP growth will reach 3% this year, as well as in 2023 and 2024.

Separately, data showed on Friday that Mexico’s economic activity grew 0.7% in September from August and 5.2% from September of 2021, both also ahead of market projections. 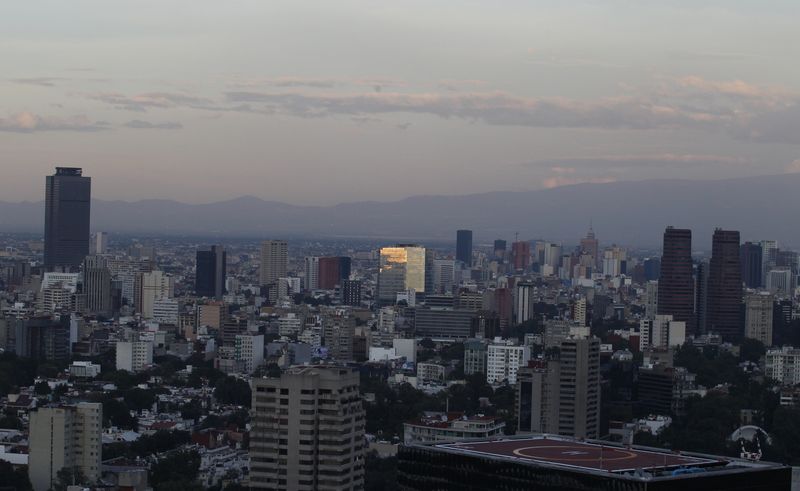