LUSAIL, Qatar (Reuters) -Brazil outclassed Serbia 2-0 in their World Cup opener on Thursday as Richarlison scored two second-half goals, including a spectacular overhead kick, though an ankle injury sustained by Neymar put a damper on their celebrations.

Richarlison has been in fine form when wearing the golden yellow kit of Brazil this year and he opened the scoring with an easy tap-in before doubling the lead with his acrobatic effort.

It was his ninth goal for Brazil in seven games in 2022 as Brazil leapfrogged Switzerland, who beat Cameroon 1-0, to the top of Group G. Serbia are bottom.

“As our professor Tite says, ‘you are smelling goals’, and that’s what’s happening,” Richarlison said.

“It’s a wonderful night, a beautiful victory and now we have six games to reach our goal.”

Tite’s decision to go with four forwards – Neymar, Vinicius Jr., Raphinha and Richarlison – in his attacking lineup paid off handsomely as the South Americans dominated the match and made Serbia work hard every time they went forward.

Vinicius used his flair and acceleration to good effect to consistently beat his man while Neymar, playing in a free role, often found pockets of space, but a well-drilled Serbian defence kept Brazil at bay in the first half.

Brazil’s best chance of the half, however, came when Neymar tried to catch goalkeeper Vanja Milinkovic-Savic off guard from a corner, whipping in an inswinger that was on target before the Torino player punched it clear.

An almost perfect night for Brazil was, however, soured when Neymar came off in the 80th minute with what looked like an ankle injury after a crunching tackle from Nikola Milenkovic.

It was the same right foot Neymar has had problems with before and the Paris St Germain forward, the world’s most expensive player, sat on the bench with his face covered while he received treatment as Brazil saw out the match.

Brazil’s team doctor said they would need one or two days before they could evaluate his swollen ankle but Tite said he did not think the 30-year-old would miss the rest of the tournament.

Related News:   Here Are All The Chinese Spy Balloons Detected Since The Trump Administration

“We are confident that Neymar will continue playing in the World Cup,” Tite told reporters.

“I didn’t see Neymar was injured. The capacity he has to overcome it tricked even me,” he added when asked why Neymar was not withdrawn earlier.

Serbia had been sweating over the fitness of their all-time top scorer Aleksandar Mitrovic but coach Dragan Stojkovic named him in the starting lineup.

Unlike Brazil’s forward line, however, which threatened from all sides, the Fulham striker found himself isolated up front with little service as skipper and playmaker Dusan Tadic struggled to influence proceedings.

The second half was one-way traffic as Brazil shifted through the gears, Richarlison and Neymar wasting gilt-edged chances inside the box and Alex Sandro and Casemiro sending long-range efforts against the woodwork.

The breakthrough came just after the hour from brilliant work by Neymar to find Vinicius, whose initial shot was saved by Milinkovic-Savic, but Richarlison was in the right place to tap in the rebound for his first World Cup goal.

Serbia had been playing conservatively up to that point and had no choice but to pour forward, which gave Brazil more space and the second goal from Richarlison brought the biggest roar of the night from the Brazilian contingent.

As Richarlison attempted to control a cross from Vinicius, the ball popped up over his head and he leapt up in the air to volley home a bicycle kick and seal the win for Brazil, who are seeking a record-extending sixth World Cup crown.

“In the second half we fell physically and we were no longer playing like a team. And everyone knows Brazil have excellent players and they punished us,” Stojkovic said.

“I feel sorry we didn’t have Mitrovic and (Filip) Kostic at 100%. They were not ready.

“The intensity was high in the second half and we gave Brazil too much space. I don’t know why our players’ intensity was down, it’s strange.” 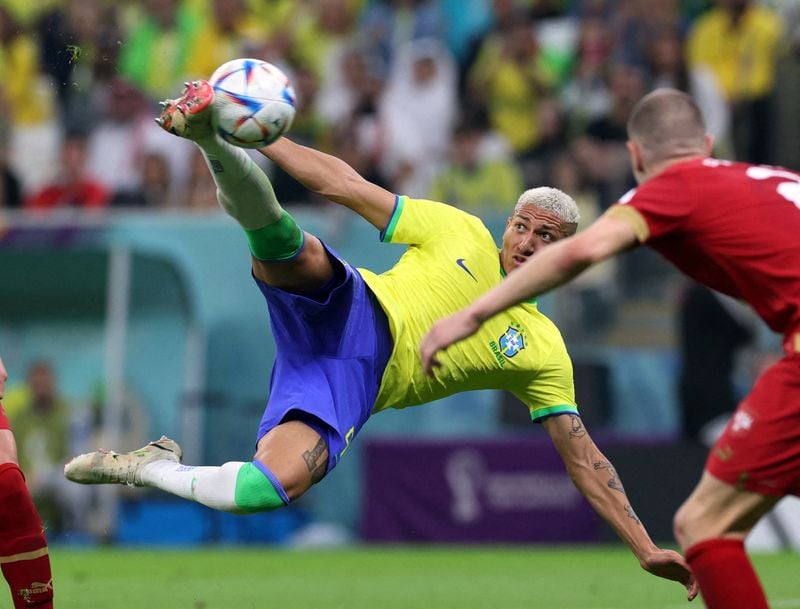 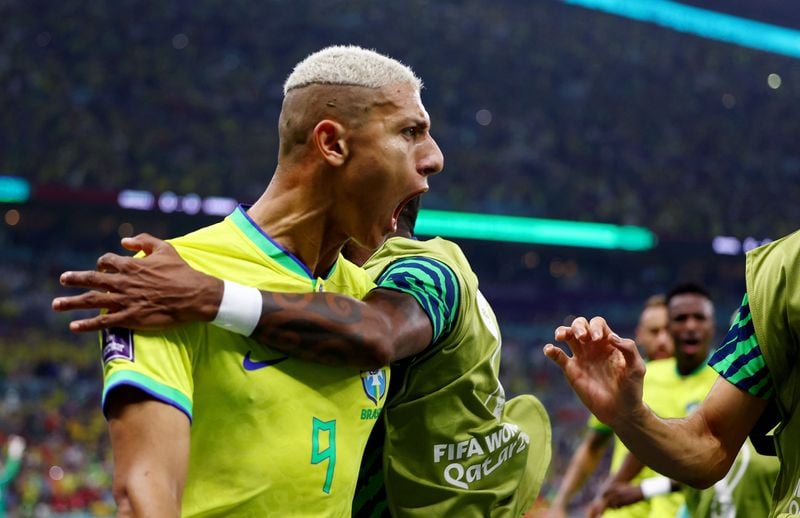 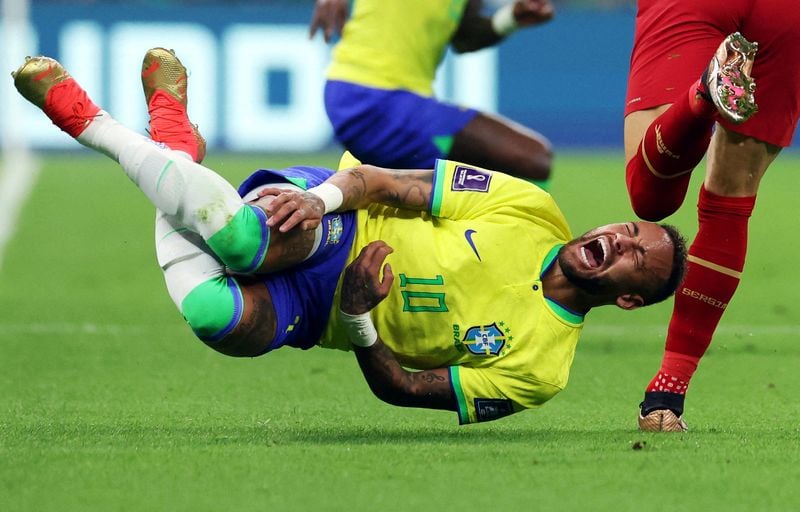 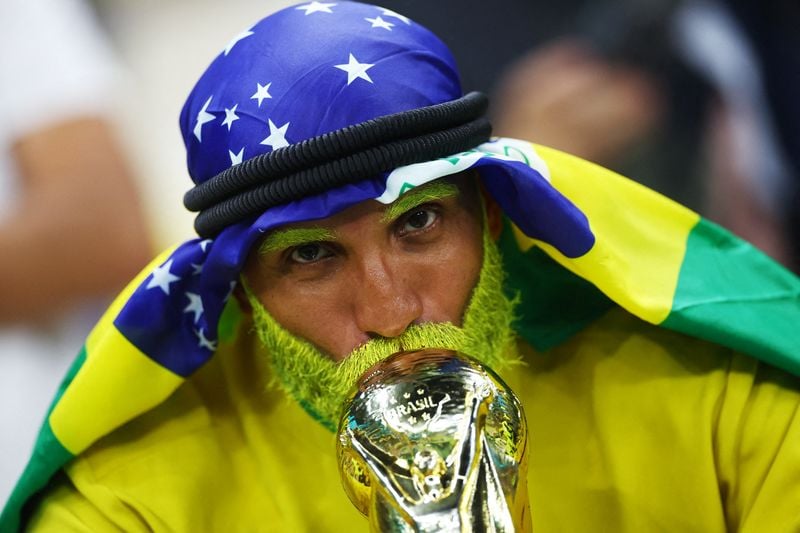 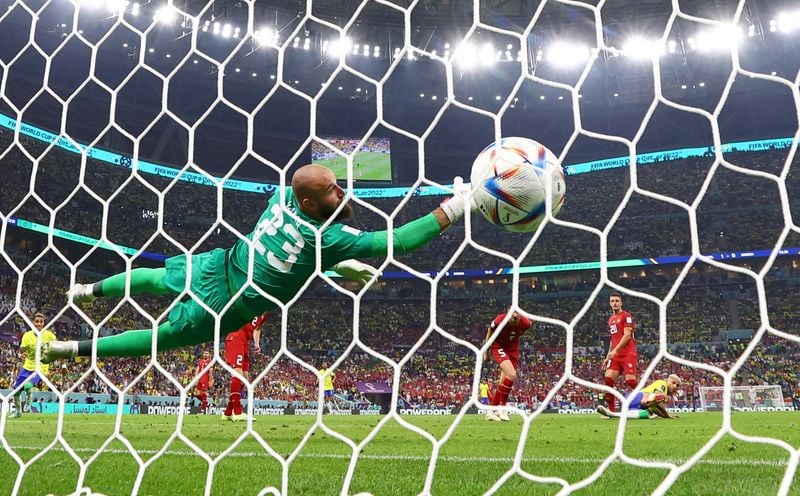 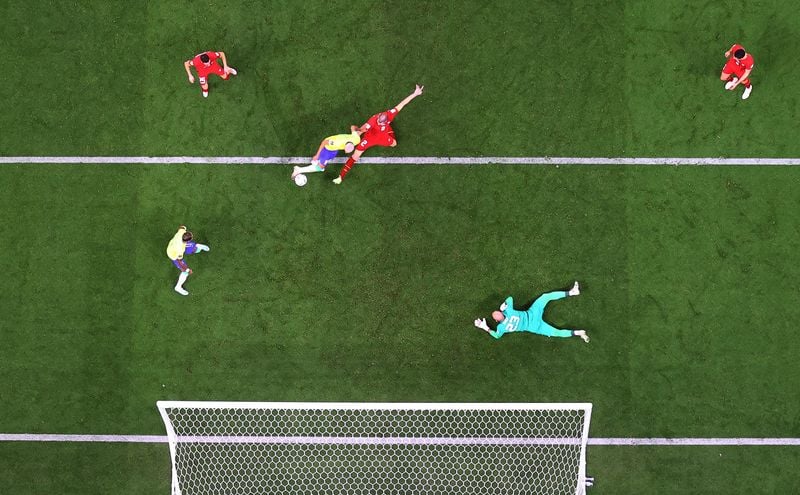