TAIPEI (Reuters) -Taiwan President Tsai Ing-wen resigned as head of the ruling Democratic Progressive Party (DPP) on Saturday after her strategy to frame local elections as showing defiance to China’s rising bellicosity failed to pay off and win public support.

The elections for mayors, county chiefs and local councillors are ostensibly about domestic issues such as the COVID-19 pandemic and crime, and those elected will not have a direct say on China policy.

But Tsai had recast the election as being more than a local vote, saying the world is watching how Taiwan defends its democracy amid military tensions with China, which claims the island as its territory.

The main opposition party the Kuomintang, or KMT, was leading or claimed victory in 13 of the 21 city mayor and county chief seats up for grabs, including the capital Taipei, compared to the DPP’s five, broadly in line with expectations and similar to the results of the last local elections in 2018.

“The results failed our expectations. We humbly accept the results and accept the Taiwanese people’s decision,” Tsai told reporters at party headquarters as she quit as party head, which she also did after 2018’s poor results.

“It’s not like the DPP has never failed before,” Tsai, who will continue serving as president until 2024, added. “We don’t have time to feel sorry. We fell, but we will stand up again.”

Tsai said she had rejected a resignation offer from Premier Su Tseng-chang, also a senior DPP member, adding she had asked him to stay in office to ensure her policies would be properly implemented.

The Cabinet said Su had agreed to stay due to the need for stability amid the “arduous” domestic and international situation.

China’s Taiwan Affairs Office said the result showed that mainstream Taiwanese public opinion was for peace, stability and “a good life”, and that Beijing would keep working with Taiwan’s people to promote peaceful relations and to oppose Taiwan independence and foreign interference.

Related News:   Dallas police arrest man in the case of the missing monkeys

Both the DPP and KMT, which traditionally favours close ties with China though strongly denies being pro-Beijing, had concentrated their campaign efforts in wealthy and populous northern Taiwan, especially Taipei, whose mayor from the small Taiwan People’s Party could not run again due to term limits.

The KMT has accused Tsai and the DPP of being overly confrontational with China, and of trying to besmirch the party for being “red” – a reference to the colours of the Chinese Communist Party.

It focused its campaign on criticising the government’s response to the COVID-19 pandemic, especially after a surge in cases this year.

“We will insist on defending the Republic of China and protecting democracy and freedom,” he told reporters, using Taiwan’s official name. “We will also work hard to keep regional peace.”

China carried out war games near Taiwan in August to express anger at a visit to Taipei by U.S. House Speaker Nancy Pelosi, and its military activities have continued, though on a reduced scale.

The election took place a month after the 20th congress of China’s Communist Party, where President Xi Jinping secured an unprecedented third term in office – a point Tsai repeatedly made on the campaign trail.

Focus will now turn to the 2024 presidential and parliament election, which Tsai and the DPP won by a landslide in 2020 on a pledge to stand up to China and defend Taiwan’s freedoms.

Tsai is serving her second term in office and cannot stand again as president because of term limits. 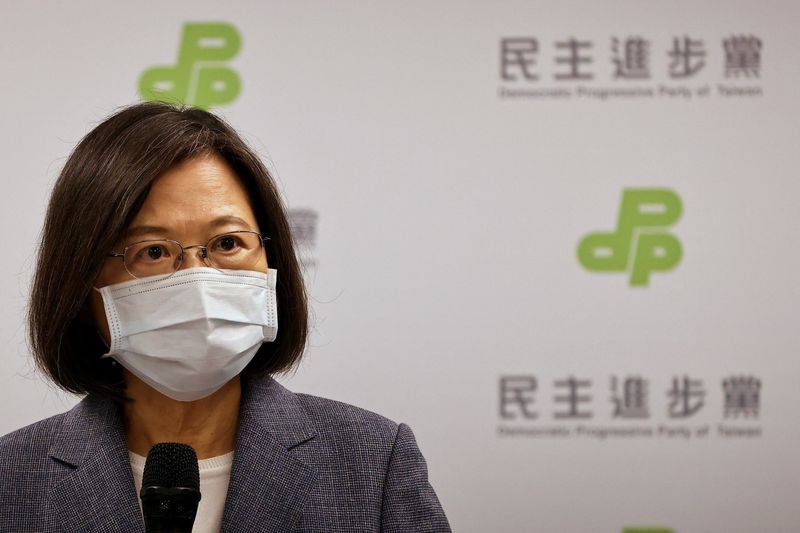 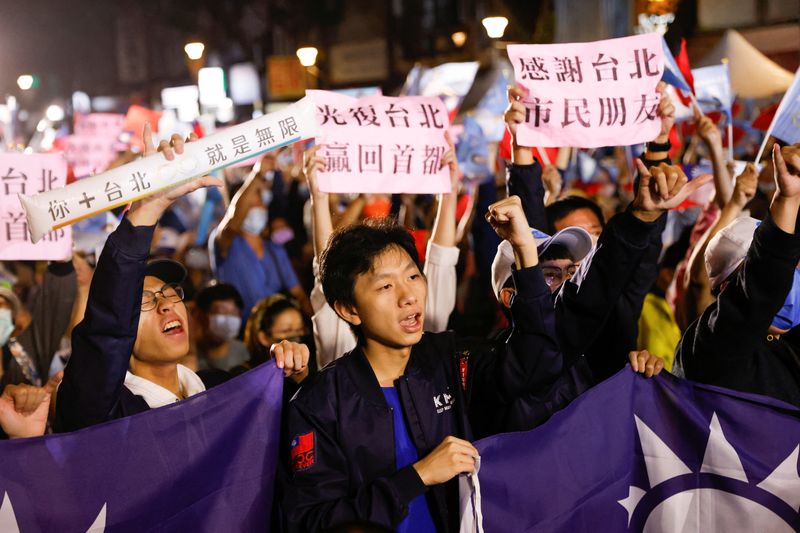 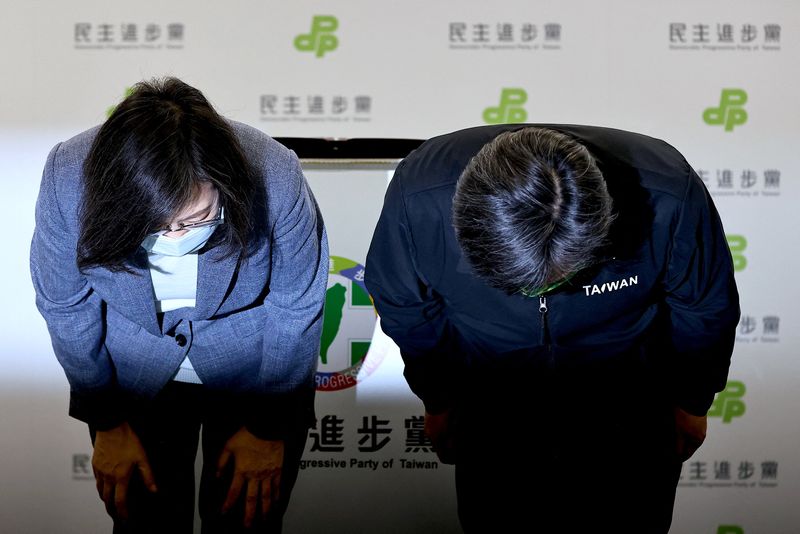 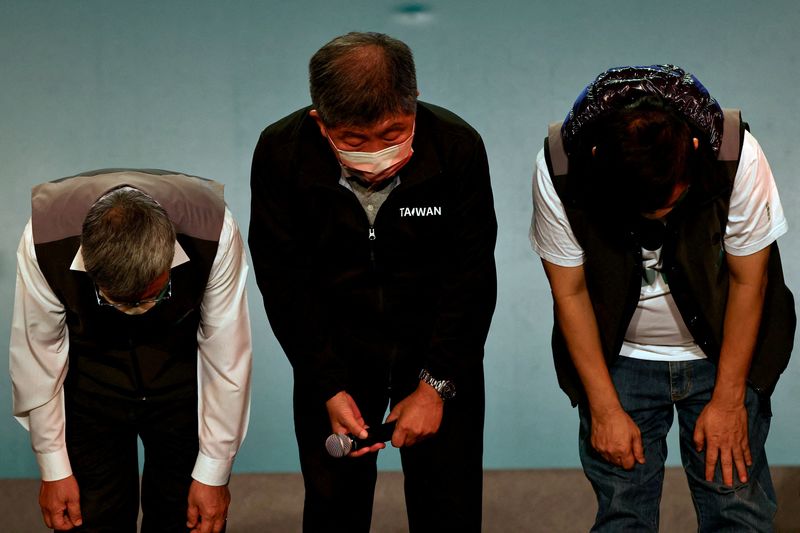 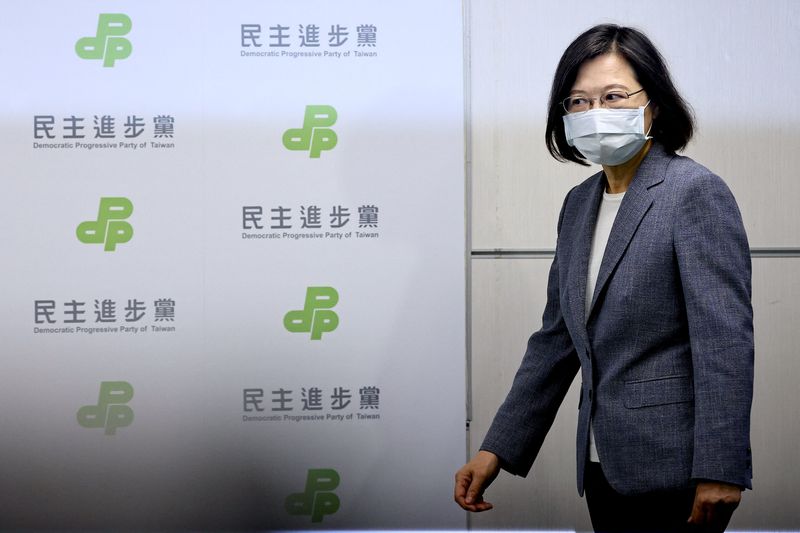 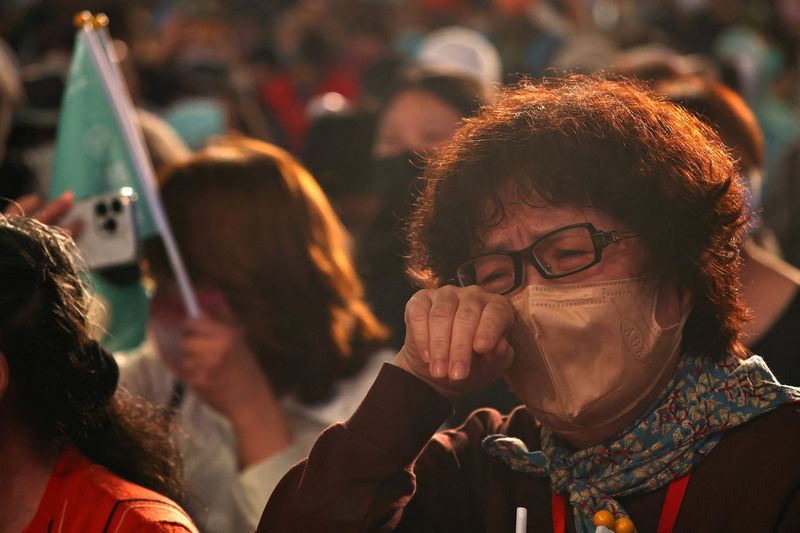 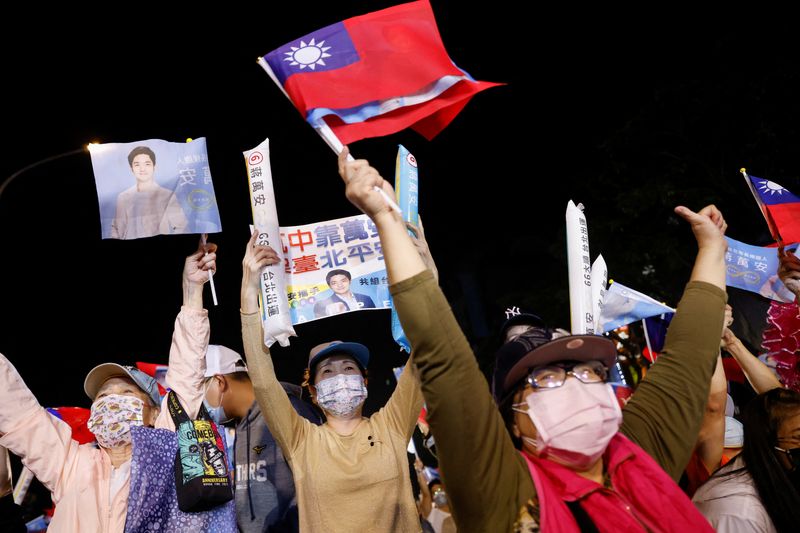 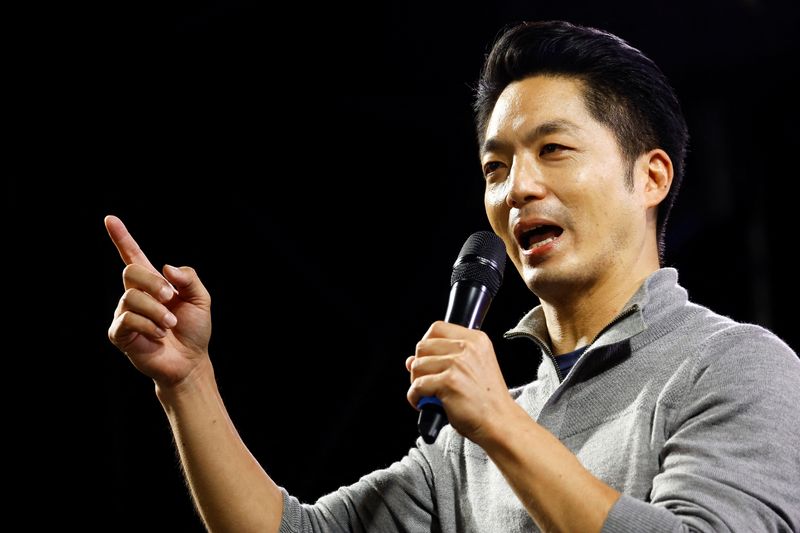