By Niket Nishant and Divya Rajagopal

The earnings reports, beginning Tuesday, cap off a tumultuous year that saw inflation reach decades-high levels and the Bank of Canada embark on a relentless monetary tightening campaign.

On average, profit for the Big Six banks are expected to drop 4% from last year, hurt by lower investment banking activity. Mergers and acquisitions (M&A) in the three months ended Sept. 30 nearly halved to C$22.8 billion ($17 billion), according to Refinitiv data.

Investors have already marked down bank stocks anticipating a weaker quarter, with the banking sub-index dropping 6.8% so far this year, compared with a 4.7% decline in the broader benchmark.

Since the Bank of Canada’s first rate hike in March, the Big Six have lost over C$63.5 billion of market capitalization.

“The increased volatility and pressure on equity markets during the fiscal quarter suggest that we could see a continuation of the weaker underwriting revenue this quarter,” Credit Suisse analysts Joo Ho Kim and Amanda Abraham said.

Royal Bank of Canada and Bank of Montreal, which have the largest capital markets businesses, are expected to see the biggest hit to profits.

However, analysts are divided on the impact of a slowing economy, as some macro indicators still point to robust demand for loans.

“The bottom line is that those looking for proof of a recession in this latest batch of bank results will be sorely disappointed once again,” said Meny Grauman and Felix Fang of the Bank of Nova Scotia in a note.

“We continue to believe that a defensive posturing remains appropriate” heading into fiscal 2023, adding they expect credit conditions to hold up remarkably well.

Rate hikes by the central bank are expected to have boosted the top six Canadian lenders’ net interest margin, a key gauge of how much banks earn through lending, by nearly 8 basis points from last year.

“Business lending was particularly strong and aided by strength in balances outside of Canada,” KBW analysts Mike Rizvanovic and Abhilash Shashidharan said.

In the first two months of the quarter, loans grew 15%, Credit Suisse said, citing data from the Office of the Superintendent of Financial Institutions.

But pumping up the rates too much can spook borrowers into spending less and saving more, hurting loan demand. Banks are facing an uphill battle navigating a downtrend in the housing market as higher borrowing costs eliminate potential homebuyers, casting a pall on what is typically a lucrative revenue stream for lenders.

Mortgages account for nearly 65% of the banks’ domestic loans.

Canadian Imperial Bank of Commerce, the No.4 lender, with over 50% of its total loans being domestic retail mortgages, will be hit harder than peers, analysts said.

However, there are signs that the Bank of Canada could soon be approaching the end of its hawkish rate hike cycle, which could stabilize housing market and spur overall credit demand.

Banks’ fourth-quarter bad debt provisions are expected to nearly triple from last year and their 2023 forecast for the same will be a key focus at a time when investors are punishing stocks at the slightest indication of a crack in consumers’ financial health.

Cormark analysts expect Bank of Nova Scotia, which was more aggressive than its peers in releasing reserves during the pandemic, to accelerate building back bad debt provisions as challenges persist.

National Bank of Canada and Toronto-Dominion Bank, also among the Big Six, will report earnings on Wednesday and Friday, respectively.

(Reporting by Niket Nishant in Bengaluru and Divya Rajagopal in Toronto; Editing by Lisa Shumaker) 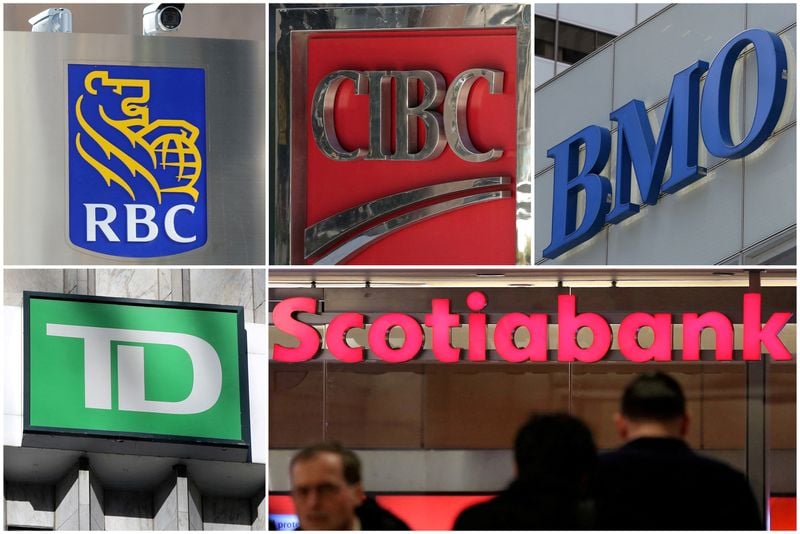