As demonstrations over strict COVID-19 curbs flared across the country over the weekend and infections climbed, protesters made a show of civil disobedience unprecedented since leader Xi Jinping assumed power a decade ago.

Wary that both the unrest and the COVID crunch compound the economic hit to China and the world, the initial market reaction on Monday was to sell Chinese stocks, the yuan and oil – with crude oil prices falling to close to $80 per barrel, their lowest since January. Other Asia bourses weakened in tandem.

And developments on the street meant little solace was taken from Friday’s central bank decision to cut banks’ required reserve ratios, even though this and the prospect of further easing added pressure to the Chinese currency.

The recession signal from the U.S. yield curve between 3 months and 10 years inverted further to almost 70 basis points – its most negative in almost 22 years.

Financial markets have for weeks looked positively at even the vaguest hint of China’s curbs easing – with many asset managers still assuming the restrictions will eventually lift by the end of the first quarter of 2023.

This now may seem harder to parse.

Whether the widening unrest creates a new level of unpredictable political risk in China or merely accelerates some government exit from the draconian ‘zero COVID’ strategy – or even a U-turn on buying foreign vaccines – remains unclear.

As U.S. markets return after the Thanksgiving weekend, attention will return to Federal Reserve tightening, the labour market and inflation picture. Fed Chair Jerome Powell speaks on Wednesday, with the November U.S. jobs report out on Friday.

A bear market rally in equities may continue into next year before relapsing as a recession in the world economy takes hold, Deutsche Bank said in its 2023 economic outlook published on Monday. The German banking giant said it expected U.S. output to drop 2% over the whole year, euro zone output to decline 1% and world economic growth to slow to a recessionary 2%.

It also sees the euro/dollar exchange rate rising steadily to $1.10 by the end of 2023, 10-year Treasury yields staying constant at 3.65%, Brent crude falling to $80 per barrel and credit spreads widening.

Developments that may provide direction to U.S. markets later on Monday: 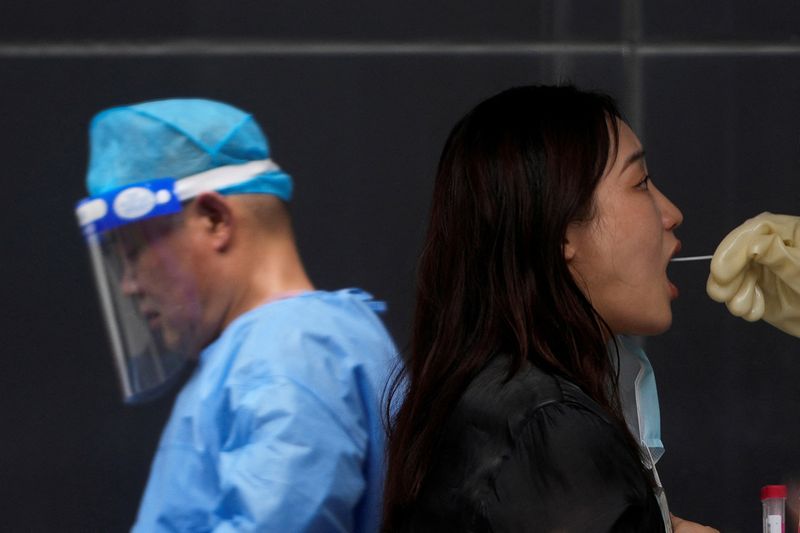