SHANGHAI/TAIPEI (Reuters) – When officials from his Chinese village approached Hou last month, urging him to work at the world’s largest iPhone factory for at least twice the usual pay, he knew it was risky.

Tens of thousands of workers had fled the plant in central China in previous weeks and violent protests had erupted over a COVID-19 lockdown and confusion over hiring bonuses.

But Hou, 24, who asked to be identified only by his family name, told Reuters he took the job at the Zhengzhou plant belonging to Foxconn, Apple’s biggest iPhone maker, making 70% of iPhones globally.

The crisis could cut production for November at the factory by at least 30%, a Foxconn source told Reuters on Thursday, a development that has hit Apple’s share price.

But he said he had not bargained on a 10-day spell in quarantine and the sudden notification that employees would have to work an extra month before receiving their hiring bonuses.

Such grievances, Hou and two other workers told Reuters, prompted them to confront Foxconn management at the plant – essentially a city of more than 200,000 employees – leading to sporadic clashes that made headlines worldwide.

In addition to the challenges of keeping factory lines operating under a closed-loop system mandated under Beijing’s zero-COVID policy – requiring workers be isolated from the wider world – Foxconn’s turmoil also exposed communication problems and a mistrust among workers of management at the top Apple supplier.

“Nothing they said counted for anything,” Hou said from his hometown after taking a 10,000-yuan payout Foxconn offered on Thursday to protesting workers who agreed to leave.

Hou, who had worked in jobs such as sales and says he was told no factory experience was necessary, never made it to the production line.

‘MY LIFE WAS WORTH MORE’

Five other workers said at the time that they were afraid because Foxconn began shifting COVID-positive people to a vacant housing project without disclosing the infections and told workers to eat in their dormitories instead of company canteens, but then failed to segregate infected workers from others.

Foxconn declined to comment on the claims by Hou and other workers, referring Reuters to past statements.

The company previously apologised to workers for a pay-related “technical error” that it said occurred when it was hiring. It has not said why it was paying people to leave soon after promising them hiring bonuses.

In late October, after scenes of fleeing workers started trickling out, Foxconn said it was bringing the situation under control and was coordinating with other plants to increase production.

If the problems persist through December, it will cost Foxconn and Apple the output of around 10 million iPhones, equal to cutting iPhone shipments 12% in the fourth quarter, said KGI Securities analyst Christine Wang.

Foxconn managers said the company was caught in a difficult position, having to speed up shipments during Apple’s most important holiday season while following local government’s strict COVID guidelines.

“It was the busiest time of the year,” said a senior Foxconn official, adding that an October COVID outbreak on the Zhengzhou campus caught the company off guard and triggered “a mess”.

“There was pressure for everyone, including for the local government,” the official said, referring to local authorities rushing to help recruit replacement workers.

What happened at the plant was the “epitome” of what companies face under China’s rigid COVID policy, and it will “push production lines out of China at a greater speed”, the official said.

“A company’s internal communications can be totally overpowered, overwhelmed by social media,” Zhang said. “They lose power to social media – no one is going to listen to them.”

One worker, Fay, said he feared catching COVID and anguished whether to stay on for two more weeks to claim a bonus for completing his three-month contract. Eventually, he says, he crawled out through a hole in a green metal fence.

“In the end, I decided that my life was worth more.”

(This story has been refiled to correct dateline to add Taipei) 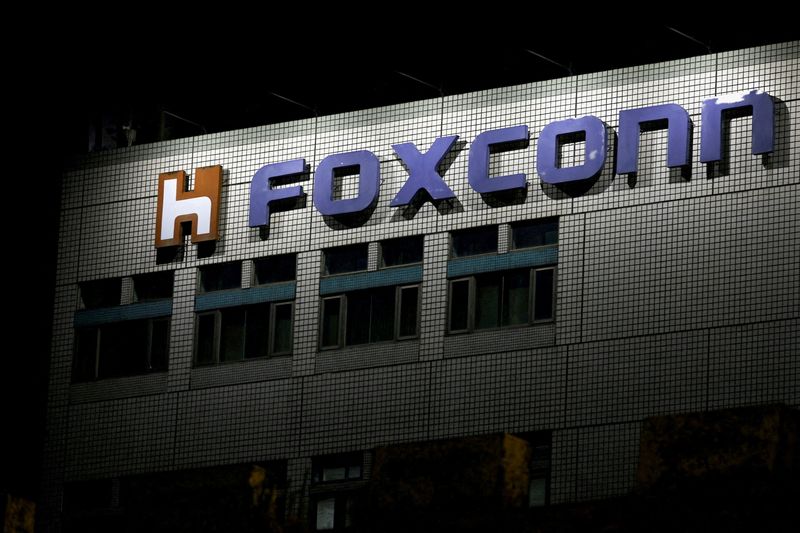 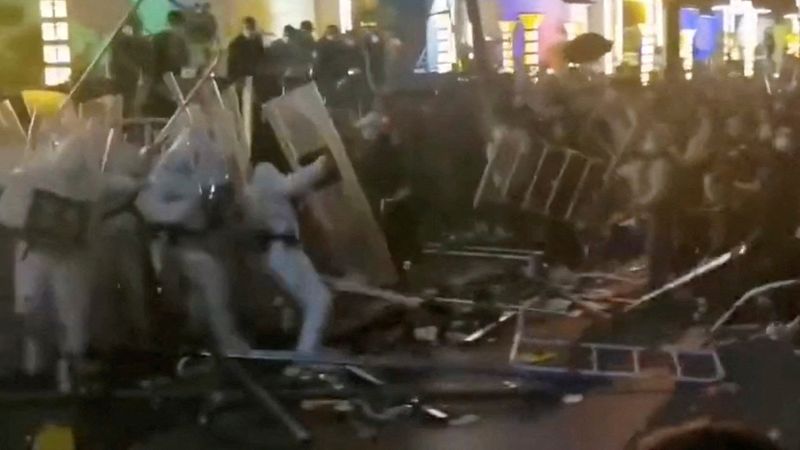 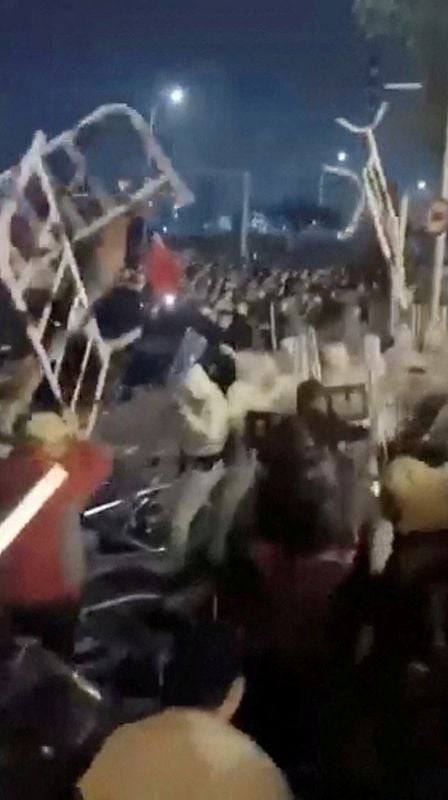