LONDON – A look at the day ahead in U.S. and global markets from Mike Dolan.

Although Beijing’s moves to defuse tensions over its COVID-19 management stabilised local and world markets, there was far less relief from western central bankers and global recession angst persists.

Chinese stocks and the yuan rebounded on Tuesday as some investors bet extraordinary civil discontent may accelerate the rollback of COVID curbs more than spurring greater political risk. They also cheered a relaxation of regulations on developer fundraising that eases the smouldering property sector bust.

Aiding a 3% jump in China’s CSI300 and a 5% jump in Hong Kong’s Hang Seng index, Chinese health officials said the government will speed up COVID-19 vaccinations for elderly people and acknowledged recent unrest stemmed from overzealous implementation of existing restrictions.

A crackdown on demonstrations happened simultaneously, with Chinese authorities making inquiries into some protesters as police flooded the city’s streets.

Crude prices also regained Monday’s sharp losses on the China developments, aided by speculation the Organization of the Petroleum Exporting Countries and allies including Russia may discuss yet another production cut at a Dec. 4 meeting.

But a combination of the energy price rebound and a barrage of hawkish rhetoric from U.S. and European central bankers kept markets on edge about a looming recession next year, and there was little or no bounce in European stocks or U.S. futures after Monday’s hefty selloff.

U.S. 10-year Treasury yields continued to probe below 3.65%, with the yield curve between 3 months and 10 years inverting ever deeper to 22-year lows of 73 basis points. The dollar gave back some of Monday’s gains too.

New York Federal Reserve chief John Williams on Monday said a recession was not yet his baseline and he didn’t see interest rate cuts until 2024.

Strikingly, hawkish Dutch central banker Klaus Knot also said forecasts of recession may be overdone and fears of “overtightening” policy were a “joke”.

His boss European Central Bank President Christine Lagarde said euro zone inflation, which is expected to ease this month but remain above 10%, has not yet peaked, encouraging speculation of another swingeing 75 basis point interest rate rise next month.

Spanish and German regional inflation readings on Tuesday, however, showed a faster decline than forecast.

Back stateside, spending on Cyber Monday was estimated to have hit a record $11.6 billion as discounts on everything from pajamas to AirPods tempted shoppers to click.

Little was clicking in the imploding crypto universe, however. Cryptocurrency lender BlockFi filed for Chapter 11 bankruptcy protection on Monday, the latest industry casualty after the firm was hurt by exposure to the spectacular collapse of the FTX exchange earlier this month. Crypto exchange Bifront also said it was shutting down.

And Apple’s turbulent week doesn’t end in China. Elon Musk accused Apple of threatening to block Twitter from its app store on Monday, adding the iPhone maker had stopped advertising on the social media platform.

Much like Morgan Stanley, Goldman Sachs and Deutsche Bank before it, Bank of America on Monday said it expects the S&P500 to have a volatile 2023 but end the year pretty much where it is now.

Key developments that may provide direction to U.S. markets later on Tuesday: 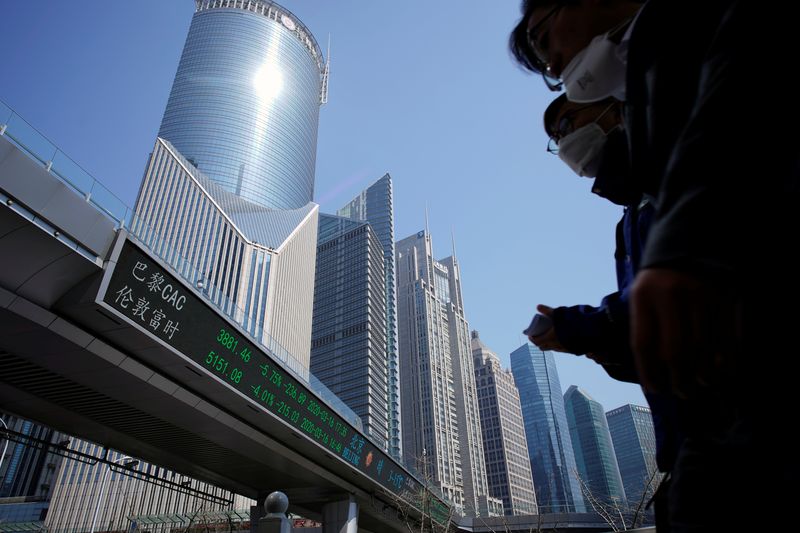 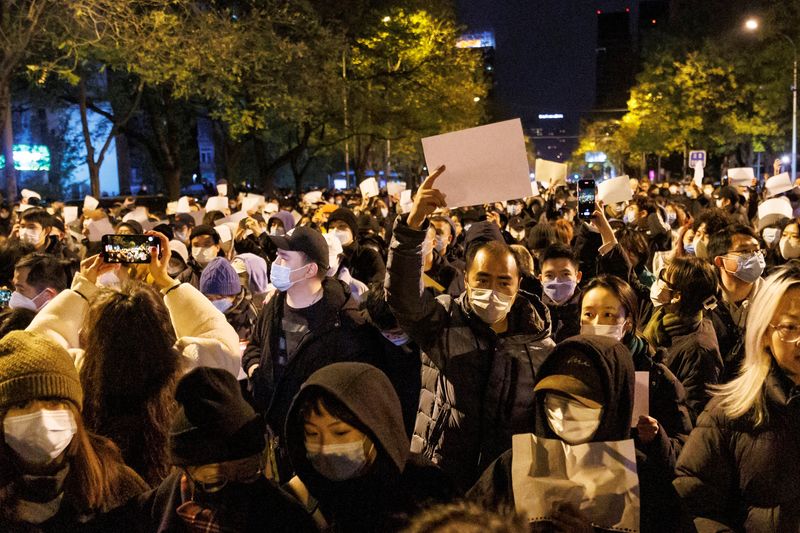