BEIJING (Reuters) -Chinese authorities have begun inquiries into some of the people who gathered at weekend protests against COVID-19 curbs, people who were at the Beijing demonstrations told Reuters, as police remained out in numbers on the city’s streets.

Two protesters told Reuters that callers identifying themselves as Beijing police officers asked them to report to a police station on Tuesday with written accounts of their activities on Sunday night. A student also said they were asked by their college if they had been in an area where a protest happened and to provide a written account.

“We are all desperately deleting our chat history,” said another person who witnessed the Beijing protest and declined to be identified. The person said police asked how they heard about the protest and what was their motive for going.

Beijing’s Public Security Bureau did not respond to a request for comment. A spokesperson for China’s foreign ministry said rights and freedoms must be exercised within the framework of the law.

Simmering discontent with stringent COVID prevention policies three years into the pandemic ignited into protests in cities thousands of miles apart over the weekend.

A health official said complaints about COVID controls were mainly about their inflexible implementation.

Officials in the southern economic powerhouse of Guangdong announced on Tuesday night that they would allow close contacts of COVID cases to quarantine at home after health authorities called for more targeted measures.

COVID has spread despite China largely isolating itself from the world and demanding significant sacrifices from its population to comply with frequent testing and prolonged isolation.

The lockdowns have exacerbated one of the sharpest slowdowns in growth China has suffered in decades, disrupting global supply chains and roiling financial markets.

Chinese stocks and the yuan rallied as investors bet signs of civil discontent could prompt an easing of the curbs and cheered a relaxation of regulations on developer fundraising.

China’s bluechip index CSI300 rose 3% for its best session in three weeks, the Shanghai Composite Index gained 2.3% to hit a two-month high and Hong Kong’s Hang Seng shot up by 5%.

Video obtained by Reuters on Tuesday showed protesters in the eastern city of Jinan scuffling with police in hazmat suits and chanting “lift lockdown” as they tried to push through barricades. Reuters was able to confirm the location in the city’s Lixia district from the buildings and road layout.

Related News:   Strikes over pensions to disrupt public transport in France on Tuesday

In Hangzhou, the capital of the eastern Zhejiang province, videos on social media which Reuters could not independently verify showed hundreds of police occupying a large square on Monday night, preventing people from congregating.

One video showed police, surrounded by a small crowd of people holding smartphones, making an arrest while others tried to pull back the person being detained.

In Shanghai and Beijing, police were patrolling areas where some groups on the Telegram messaging service had suggested people gather again. The police presence on Monday night ensured no gatherings took place.

Residents said police have been asking people passing through those areas for their phones to check if they had virtual private networks (VPNs) and the Telegram app, which has been used by protesters, residents said. VPNs are illegal for most people in China, while the Telegram app is blocked from China’s internet.

Some protesters had used dating apps to evade censorship and police scrutiny.

The spark for the protests was a fire last week in the western city of Urumqi that authorities said killed 10 people.

Some internet users said COVID lockdown measures hampered the effort to rescue people in the burning building. Officials have denied that.

Prominent nationalist bloggers, such as Ren Yi, the grandson of Communist Party leader Ren Zhongyi, and Yu Li, who uses the pen name Sima Nan, wrote that the protests were fomented by “foreign forces”.

“What is their purpose? On one hand it is to intensify internal conflicts. On the other hand, it is to see if they can completely politicize the issues around our epidemic prevention and health policies,” Ren wrote in his blog.

Authorities regularly warn that “foreign forces” are endangering national security and have accused them of stirring the 2019 democracy protests in Hong Kong.

Officials say the COVID policy has kept the death toll in the thousands, avoiding the millions of deaths elsewhere. Many analysts say easing the policy before boosting vaccination rates could lead to widespread illness and deaths, overwhelming hospitals.

In an editorial that did not mention the protests, People’s Daily, the Party’s official newspaper, urged citizens to “unswervingly implement” COVID policies.

“The harder it is, the more you have to grit your teeth,” it said. 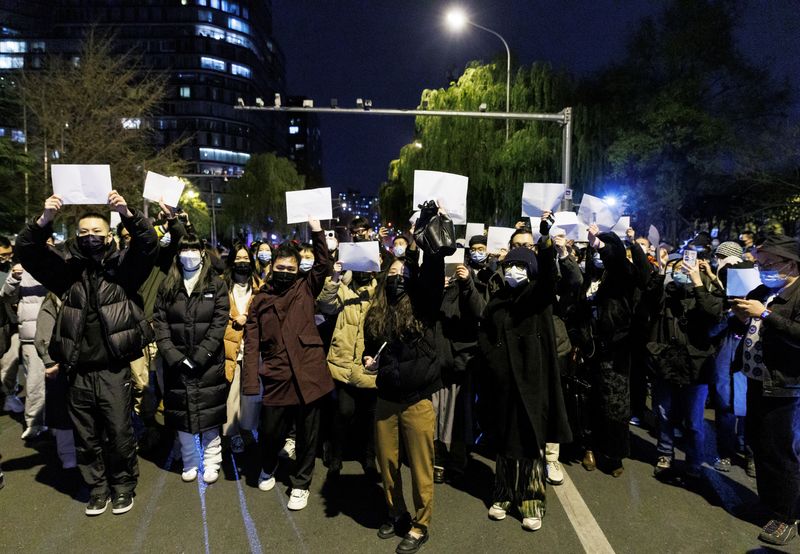 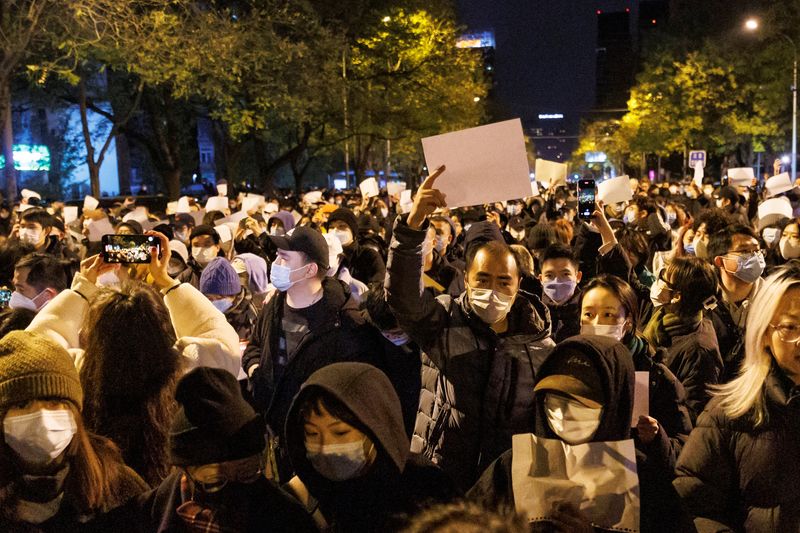 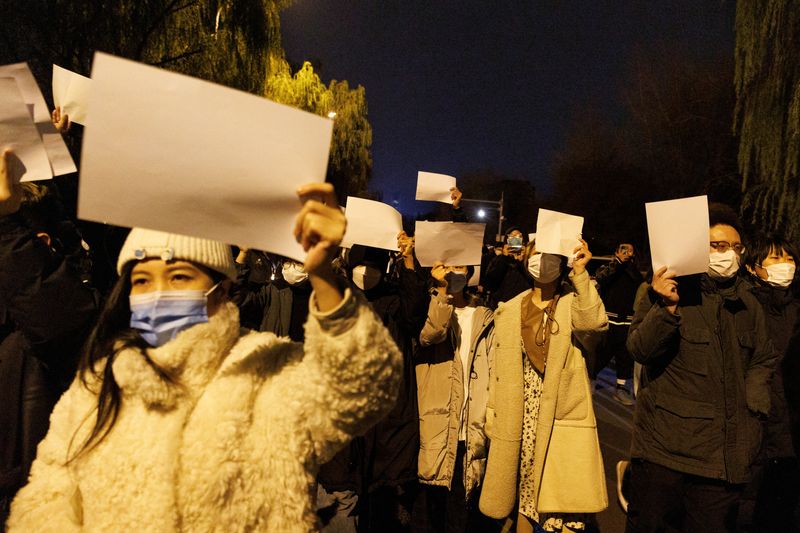 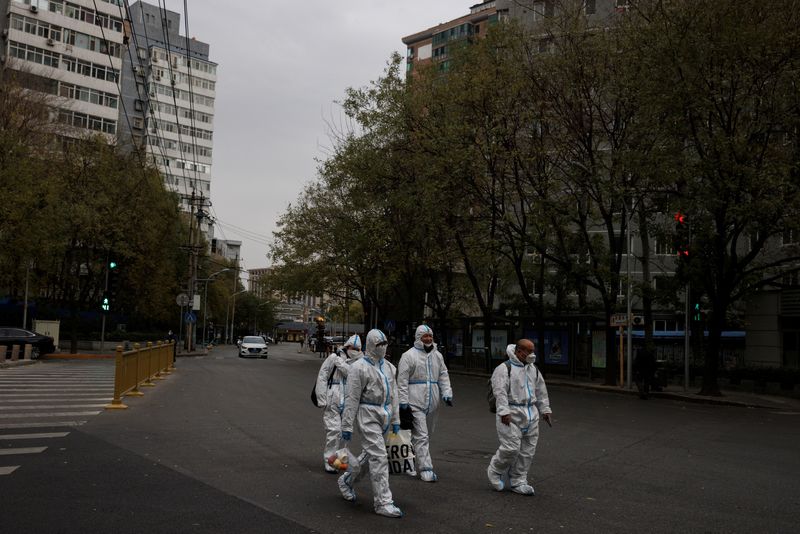 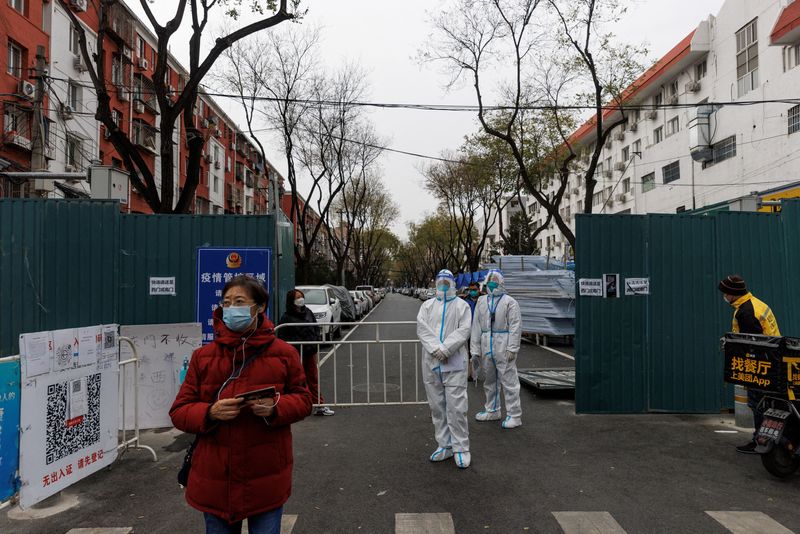 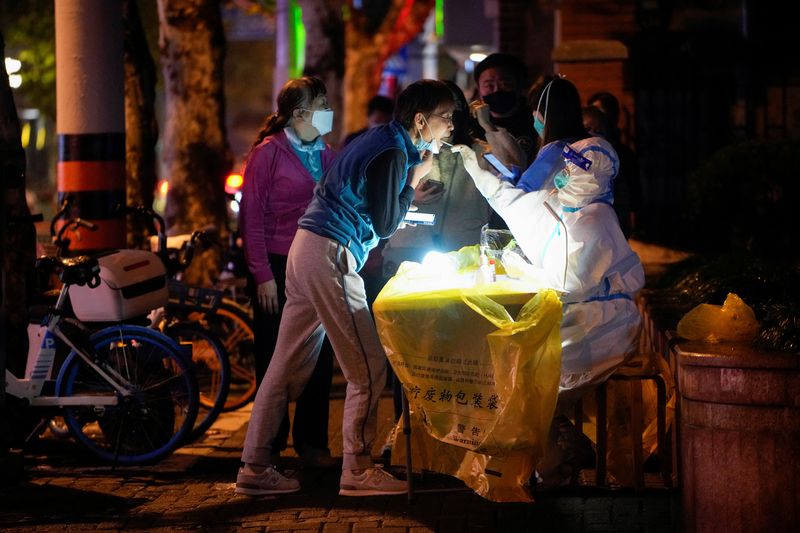