BRUSSELS (Reuters) – Euro zone economic sentiment rebounded in November slightly more than expected, data showed on Tuesday, rising for the first time since the Russian invasion of Ukraine in February on more optimism among consumers and in services.

The European Commission said its economic sentiment indicator rose to 93.7 in November from 92.7 in October, marginally beating consensus estimates in a Reuters poll of economists of a rise to 93.5.

Sentiment in industry deteriorated to -2.0 from -1.2 in October, far worse than the -0.5 expected by markets, while sentiment in services improved more than expected to 2.3 from 2.1 last month.

Consumers were strongly more optimistic with the indicator up to -23.9 against -27.5 in October.

Inflation expectations among consumers also fell sharply to 30.1 in November from 37.3 in October and among business to 40.4 from 44.8 in October. 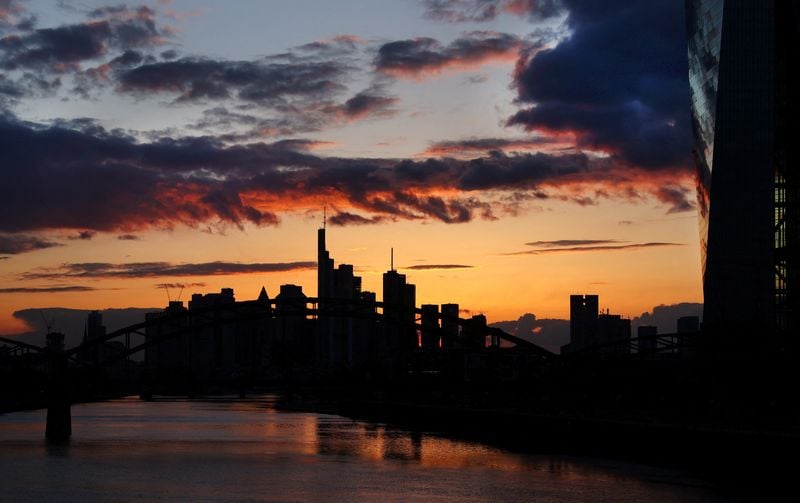