By Clare Jim and Xie Yu

HONG KONG (Reuters) – Chinese property developers’ shares and bonds soared on Tuesday after regulators lifted a ban on equity refinancing for listed firms, the latest support measure for a cash-squeezed sector that has been a key pillar of the world’s No. 2 economy.

China has progressively stepped up support for the property sector that accounts for a quarter of the world’s second-biggest economy. Many developers defaulted on their debt obligations and were forced to halt construction.

Below are the main measures taken in recent months:

WHAT ARE THE LATEST MEASURES?

The regulator will also promote developer financing through the listing of qualified projects via real estate investment trusts (REITs)，and will encourage the setting up of property-focused private equity funds.

Nov 25 – China’s central bank said it would cut the amount of cash that banks must hold as reserves for the second time this year, releasing about 500 billion yuan ($69.5 billion) in long-term liquidity to prop up a faltering economy.

Nov 25 – Reuters reported the central bank will offer cheap loans to financial firms for buying bonds issued by property developers. It is also drafting a “white list” of good-quality and systemically important developers that would receive wider support from Beijing to improve their balance sheets.

Nov 24 – China’s biggest state-owned banks pledged at least $162 billion in fresh credit to ease a cash crunch in the property sector. Country Garden and Longfor Group Holdings Ltd were among the developers picked by the banks as beneficiaries.

WHAT OTHER STEPS HAVE BEEN TAKEN?

Since the debt crisis in the sector unfolded in the middle of last year, policymakers have rolled out policies to try to stabilise the property market.

In March, banks provided more than 100 billion yuan in financing support for mergers and acquisitions to private property developers considered to be of better quality, according to UBS.

In July, Reuters reported China would launch a real estate fund to raise up to 300 billion yuan to help developers resolve a crippling debt crisis.

China guaranteed new onshore bond issues by a few select private developers in August. The programme has since been expanded to include other firms, some of which have missed payments to their creditors and suppliers.

In early November, the National Association of Financial Market Institutional Investors said it would widen a programme to support about 250 billion yuan worth of debt sales by private firms, including property developers

In a report on Nov. 25, Goldman Sachs said the increased lending to large private developers would help to restore confidence towards the property sector, but the test would be whether housing transactions stabilise and even rebound on a nationwide basis following policy easing.

ANZ said the latest 16 measures could be seen as preparations for the annual Central Economic Work Conference (CEWC) to be held in December.

Growth targets and policy goals are discussed at the CEWC but typically not announced until the National People’s Congress in March.

“Chinese policymakers have turned their attention to rescuing the domestic economy after the political reshuffle as the export outlook sours,” the bank said in a research note on Monday. 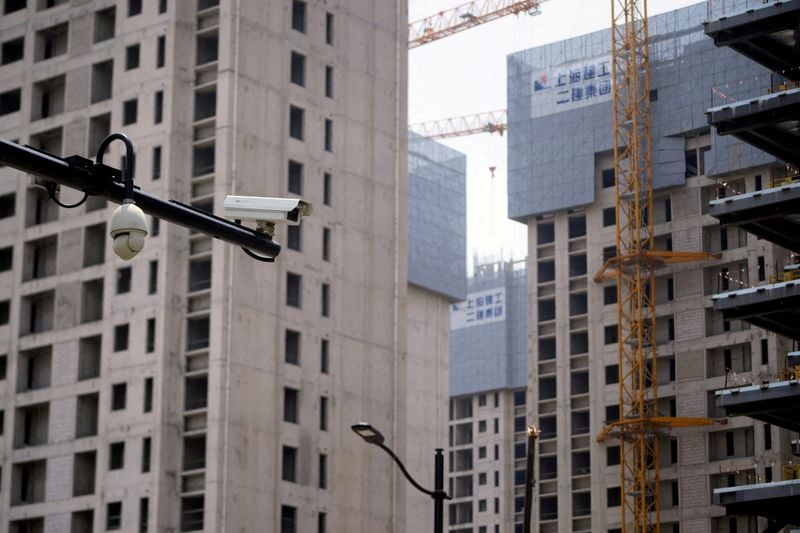